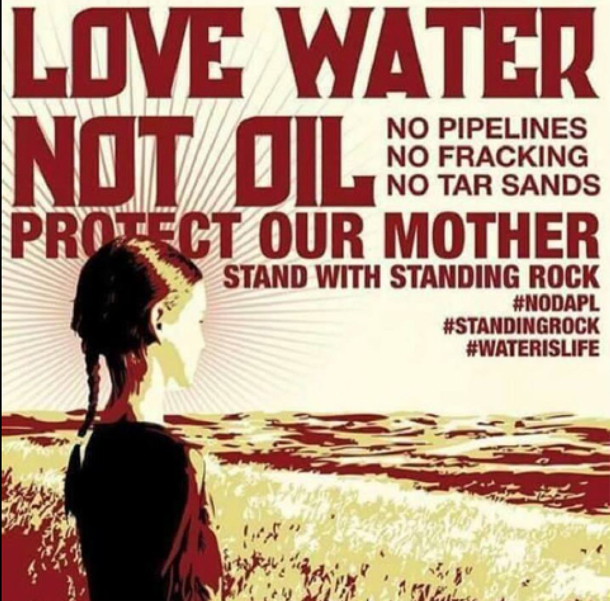 This image was posted on Instagram on February 14, 2017 by an Internet Research Agency-linked account called “native_americans_united,” and generated 718 likes and 14 comments. (Photo: House of Representatives Committee on Science, Space and Technology)

Russian Internet trolls from the same outfit that Special Counsel Robert Mueller blames for meddling in the 2016 U.S. elections also targeted more than 9,000 social media posts at fossil fuel flash points, such as the Dakota Access Pipeline. This according to a report from the Republican majority of the House Science Committee. Energy reporter Tim Puko of The Wall Street Journal tells host Steve Curwood that the Russian posts were meant to sow discord in the US but the Republican report declares those Russian efforts had seemingly minimal impact in social media. Puko also says the report should be viewed in the context of Republican political benefit.

CURWOOD: From PRI, and the Jennifer and Ted Stanley Studios at the University of Massachusetts, Boston, this is Living on Earth. I’m Steve Curwood. As the investigation into Russian interference in the 2016 U.S. elections grinds on, a House committee also accuses the IRA, that’s Russia’s Internet Research Agency, of trying to pit environmental activists against fossil fuel advocates.

The House Science Committee, chaired by Republican Lamar Smith of Texas, prepared the report. It analyzed how that Russian troll farm – also targeted by Special Counsel Robert Mueller - hyped controversies about pipelines, hydraulic fracturing, and climate change on Facebook, Twitter and Instagram. Tim Puko covers energy policy for The Wall Street Journal and wrote about the report – welcome to Living on Earth!

PUKO: Hi, thank you very much.

CURWOOD: So, what evidence does this report offer to support its finding that Russia has been trying to influence US domestic energy markets by exploiting social media?

PUKO: They reached out to a lot of the biggest social media companies and those companies turned over a lot of posts from some of the same Russian agents who were caught up in the Mueller investigation recently. These were meme-like posts that were created by some of those agents, typically to take the side of environmentalists in different controversies surrounding oil and gas development, new pipelines. Sometimes they took the other side and made fun of the Not In My Backyard types who didn't want renewable energy or clean energy projects in their area, but mostly it was pretty clear that these posts were designed to enflame fears from people who have environmental concerns or health concerns about, typically, fossil fuel development.

CURWOOD: So, Tim, we've looked at some of these posts. They are rather provocative. There's one that has a woman, maybe she's a girl, she's looking at the planes, it says “Love water not oil,” “Protect our mother, stand with Standing Rock,” and hashtags for some of the Standing Rock concerns, and there's a flip side that shows a shiny row of pipe connections and then it a shows dump, really. That's what it looks like after protesters came through trash everywhere, posted by something called maybe America First and Stand for Freedom. These certainly looked like they were designed to enflame conflict. 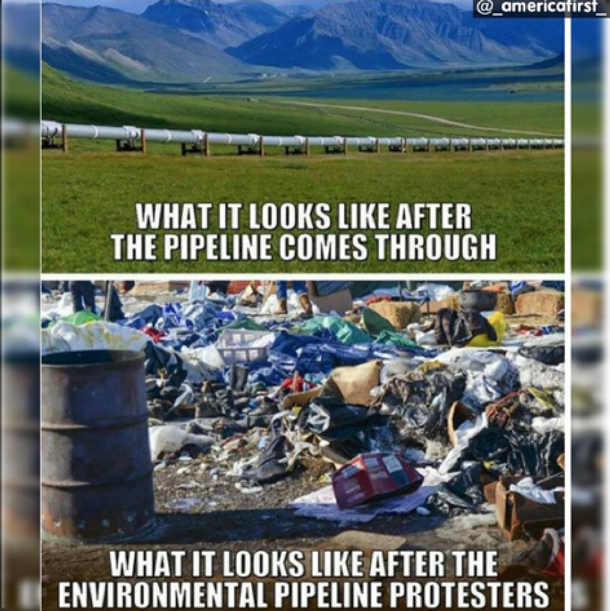 While most posts appealed to green social media users, others had the opposite tone, such as this Instagram image posted from the accounts named “_americafirst_” and “stand_for_freedom”. Those posts received 3,076 and 1,774 likes, respectively. (Photo: House of Representatives Committee on Science, Space and Technology)

PUKO: Yeah, it's pretty clear I think, if you think about all the other things that these Russian agents have been accused of doing. They are trolls in every sense of the word, at least from what we know of the allegations. One thing that I think is important to note about what this committee turned over is that a lot of these posts don't have a lot of engagement. Their shares are relatively low. Their replies are relatively low. I think at best a couple of them maybe got a thousand, or a few thousand replies or types of engagement in some way, but a lot of them had just a handful. I think it's a pretty long bridge that you have to build to look at these posts and, say, “Well they are really influential in stirring up both sides here or one side or another”. They didn't really get a whole lot of engagement in the end, most of them.

CURWOOD: We know about Russian attempts to sway the US election, but why would Russia want to influence American opinions on energy policy?

PUKO: I think this is actually, maybe, the most interesting element in this case. We've heard about the IRA and all the different ways they are allegedly tried to sow discord through the election through homing in our racial issues, hot button issues like that. This is the first time that we've heard of them trying to stir things up in America in a way that would directly benefit Russia potentially. 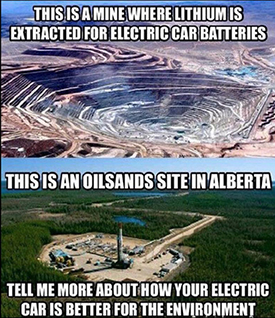 The Instagram accounts “americanfury”, “southern.rebel.pride”, and “wall_up” posted this meme in July 2017 and altogether received about 10,000 likes. (Photo: House of Representatives Committee on Science, Space and Technology)

You think about how the world of energy has changed in the past 10 years with the oil boom in the US. Russian production is up a lot too. They are now the world's leading oil producer and the most recent data suggests that that'll change in a few years, that the US is about to start competing with Russia for that title as the world's top oil producer. They're both huge natural gas producers too and they're both especially increasingly in the US going to be exporting a lot of that gas. So, these two countries in a very real way on a global stage are competing for markets in energy and if there's something that Russia can do to undermine development of oil and gas in the US, that stands to benefit Russia because that's less supply that the US can put on the market and more room for Russia to sell more of its supply.

CURWOOD: Now, if I understand the report correctly, Tim, it looked at these Russian troll farms and said that about four percent of their activity was linked to this energy disinformation, whatever you want to call it, campaign, but some eight percent was linked to the questions we know around the election. So, the Russians seem to be taking this energy business pretty seriously, I gather.

PUKO: I think that was the other startling point about it, is how much energy - sorry for the pun – but how much energy they put behind this, how much of their resources they devoted to this particular topic, and it goes back to this idea of Russia and the US competing on the global stage. This is something that can really benefit them; the outcome of it were successful would be to undermine production in the US, undermine the country's ability to get newfound supplies of oil and gas from the center of the country to coastal ports where it's exported. 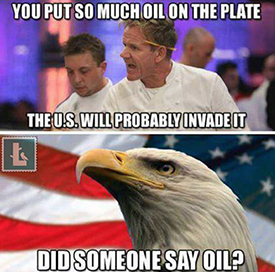 This meme, as with most that the report highlighted, received far less engagement on Facebook than on Instagram – 21 versus 784 likes, respectively. (Photo: House of Representatives Committee on Science, Space and Technology)

CURWOOD: Now, Representative Lamar Smith, chairman of the House Science Committee, is well known for his climate change denial and of course has been pretty friendly to oil and gas during his 30 years in Congress, being from Texas. To what extent does that affect the credibility of this report, do you think?

PUKO: Well, I don't want to personally make any judgments on the credibility, but I think one thing to note about the committee and the staff that investigated it is that it wasn't a bipartisan effort. This was from Republican leadership on the committee - of course, they have the majority on the committee - and while a lot of studies or reports and investigations that come out of Congressional committees like this are done on a bipartisan basis, this one was not. This was something that we've heard from the Democratic staff that they did not even know about, and so it is, you know, politically pretty obvious to say, well, right now if you're a Republican in DC and you can point to what's going on in this sort of soft conflict between Russia and the United States, one that has embroiled the President Trump's administration so much and say, “Well hey, it's not just the President, there aren't just implications here Republican versus Democrat, here is another issue where Russian trolls allegedly came after a part of US society that is really not all that partisan.” 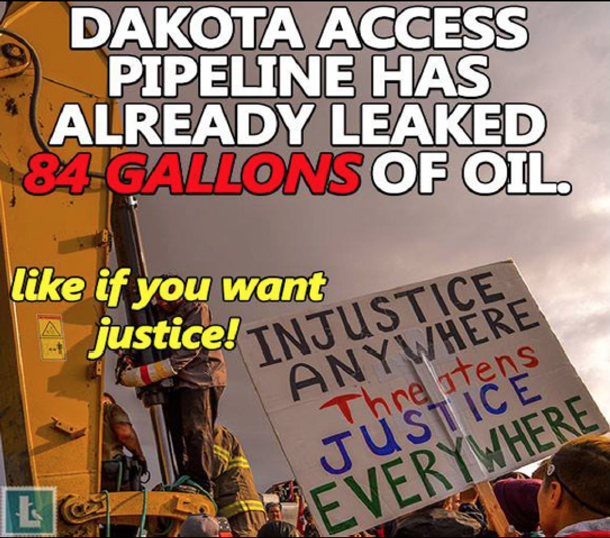 “Born Liberal” posted this meme on Facebook, where it received just 9 likes, as opposed to the 1,794 it received when the account “bornliberal” posted it on Instagram the same day. (Photo: House of Representatives Committee on Science, Space and Technology)

Of course, typically I think Democrats are going to be friendlier to environmentalists, but we all benefit from having a robust energy industry, especially if we have one that is producing more and selling more and creating more economic activity there than one of our top geo-political rivals. So, for the committee to come out and say, “Hey, it's not just the thing that is affecting President Trump, it's affecting the American economy”, there are reasons to think that that would be politically beneficial to a group of Republicans in Washington right now.

CURWOOD: Tim, the report also makes a claim that quote, "the Kremlin is manipulating environmental groups in an attempt to carry out their agenda,” and I guess last June, Chairman Smith sent a letter to the Treasury Secretary Steven Mnuchin claiming that shell companies and private foundations were passing Russian money to big environmental groups here in the United States. Those are pretty damning claims. How fair are those claims, and how are the environmental nonprofits responding to those kind of charges?

PUKO: You hear those claims a lot in Washington these days. Personally, I'd like to see more evidence on that first. I don't know how much veracity there is to those claims. It's important to note that there are legitimate concerns that these groups have, even if there are some Russian trolls out in the internet trying to incite fears. Well, you know, pipelines can pose a lot of risks to the environment. There are a lot of studies out there that suggest that living near a well site in particular can be dangerous to health in one way or another, and they are very legitimate concerns.

CURWOOD: Tim Puko is an energy policy reporter for The Wall Street Journal. Tim, thanks so much for taking the time with us today.

PUKO: Thanks so much for having me.

Members on the House Committee for Science, Space, and Technology