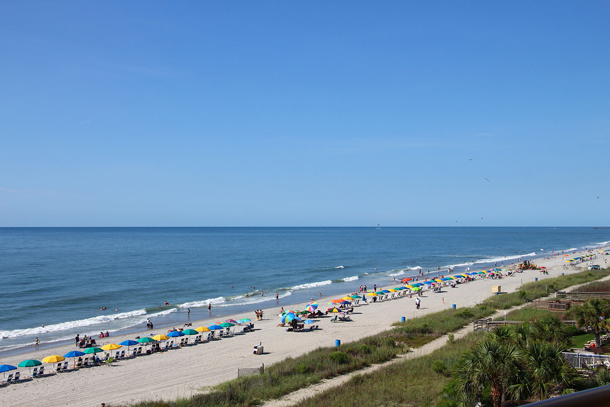 South Carolina’s beaches and tourism are an important source of income for the state. (Photo: Loadmaster, Wikimedia Commons CC BY-SA 3.0)

In January the Trump administration announced plans to open nearly all US coastal waters to offshore oil and gas drilling. Since then governors and legislators of both parties including Republican Nancy Mace, have strongly opposed drilling near their coasts. Nancy Mace, who represents parts of Charleston County and the Low Country in the South Carolina House, tells host Steve Curwood that she campaigned for Donald Trump, but oil rigs off South Carolina’s beaches would be a disaster.

CURWOOD: It’s Living on Earth, I’m Steve Curwood. In January the Trump administration announced plans to expand offshore oil and gas drilling to nearly all of the US coastline. Since then, Interior Secretary Ryan Zinke has said he would exempt Florida from offshore drilling. And that has prompted a growing number of Republican and Democratic Governors and legislators from coastal states to demand the same exemptions well. One of them is Nancy Mace, a Republican state representative from South Carolina whose district includes parts of Charleston and the Low Country. Nancy Mace, welcome to Living on Earth.

MACE: Thank you for having me.

CURWOOD: Why are you concerned about the oil and gas drilling?

MACE: You know, when we have a $20 billion dollar tourism industry that employs 600,000 people annually, people don't come to Charleston or anywhere along the coast to look off our coasts and see oil drilling. They come for our beautiful beaches. As the governor said, “These are shores lined with gold.” They're absolutely stunning. We have beautiful live oak trees, good people, good food, and that's why people come down here and not to see offshore oil drilling.

Obviously, there are environmental concerns, what happens to the fish out there and mammals as the Department of Interior has already stated at least to some degree. South Carolina did seismic testing off the shore in 1977. They didn't find anything then, they're not going to find anything now, so why are we doing this? Why are we going to disturb what's out there? And then you have commercial fishing ... that's going to disturb that industry as well. And so, when you talk to every municipality along the coast, this is not something any of them want.

CURWOOD: But now what about the interior of South Carolina?

CURWOOD: So, to what extent is this a NIMBY, not in my backyard issue? That it's OK for say other states like Louisiana or in your state even, folks upstate are saying that it's okay to have this but you don't want to have tar balls rolling up on the beach.

MACE: We've got plenty of tar balls elsewhere in this country. I don't think we need to create new ones, so...

CURWOOD: [LAUGHS] What concerns do you have about the cost of the infrastructure to support offshore drilling?

MACE: Well, we have issues now. I can barely get a road re-striped in my district right now, let alone widened, and this is on a road that has 89,000 vehicles per day – some of the most in the state. And so when we can't do for ourselves for economic development reasons – ’cause this is a road that comes right out of one of our terminals at the port – then we certainly can't even think to take this on right now. It just is not going to happen from a fiscal standpoint. We don't have the money. 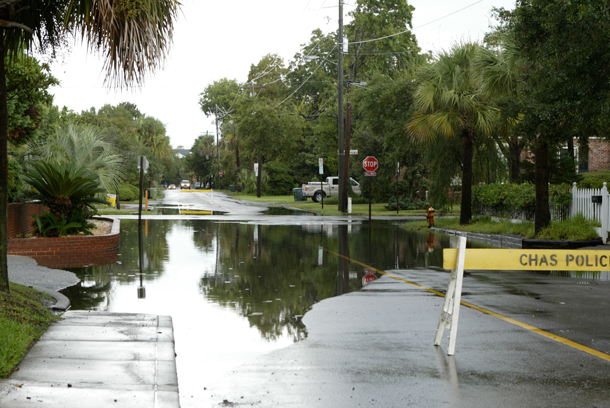 CURWOOD: To what extent is this a states’ rights issue?

MACE: I think it's the number one issue. I mean, when Ryan Zinke gave Florida a hall pass and allowed them to opt out of this federal issue, well then that opened the door to states’ rights. So, you can't do for one and not allow the others to opt out. I mean, essentially Congressman Mark Sanford, that's his number one take on this issue, is that issue of federalism.

MACE: Well, I don't necessarily disagree. I mean, we want to do the pipeline in Alaska, but now we're exporting, right, and so I don't see at the Federal level that great of a need right now to try and find more oil out there, particularly along the coast of South Carolina. I don't see the need.

CURWOOD: Now, as understand it, you supported Donald Trump, you campaigned with him…

CURWOOD: … and you helped him get elected there in South Carolina. How do you feel about the Trump's environmental agenda, given this development?

MACE: Well, I am my own person. I'm my own woman. I have my own ideas, and I'm proud of the work that I did on Trump's presidential campaign when it came down to it. We had two choices, and I knew which one was better, but that doesn't mean I'm going to be like a blind sheep and follow hook, line and sinker. I have my own ideas. I represent a district along the coast in South Carolina, and I'm going to look out first and foremost for my constituents.

CURWOOD: Some people say we don't need to drill for this oil because it’s more fossil fuel burned means faster sea level rise, that sort of thing. To what extent do the concerns about climate factor into your concern about this drilling?

MACE: I haven't looked at it from that perspective, and I'm not a climate change sort of person. I see this issue being a bipartisan issue that I can get behind for a number of reasons. One being the issue of federalism. Two being the cost prohibitive nature of the inland infrastructure. Third being the environment. We do care about our coasts down here. We do care about our environment. There's so much development going on in the Charleston area. We have 47 people a day that moved down here to this area, and so we have a lot of development and growth issues, and that's where my heart is what can we do to preserve what we have now if we develop it all away, it's going to be gone, and there's going to be no reason for people to come and visit.

CURWOOD: What are the flooding risks right now there in the Low Country of Charleston and in the islands?

MACE: If it sprinkles, it floods. So, the city of Charleston is actually built on ... the peninsula itself was built on a landfill, and that landfill is sinking. I mean, that's not strong ground to be on, and so we do have our own issues of flooding, not just on the peninsula but throughout the Low Country. It is it huge problem for us for various reasons. We have a lot of marshes and marshland. Where I personally live it was built on a marsh, so any time we have a hurricane or a big storm, flooding it's always going to be a concern for the residents of the Low Country.

MACE: I won't. It's not part of my agenda. I see that as more of a federal issue, and I'm trying to tackle what I can at the state level, which right now particularly that's infrastructure. We have a nuclear power plant, 9 billion dollar nuclear power plant mess. It's about 50 percent built. The contractor has bailed and gone bankrupt and ratepayers are left holding the bag. We're trying to walk ourselves out of that. And then the offshore drilling issue came up because it's a bipartisan issue that many of us are very upset about and want to do what we can. I'm still waiting on my simple House resolution that just says we're against this as a body to get a hearing, and it hasn't yet. So, we have some work to do down here. 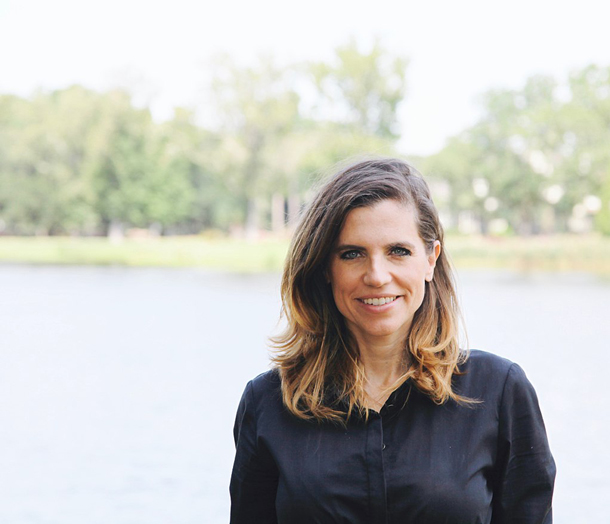 CURWOOD: It sounds like old-fashioned Republicans who were into conservation back in the day. What's going on?

MACE: Right. No there are. I would say that there is a caucus of Republicans who care about the environment, who care about these issues. They want to do what's best. And this is an issue that I think both the Republicans and Democrats can come together on. And in this era right now that we're in right now, that's quite a good thing in my opinion.

CURWOOD: Nancy Mace is a state representative for South Carolina's 99th district that includes the city of Charleston. Thanks so much for taking the time with us today, representative.

MACE: Thank you so much for having me. Have a great day.