Steve in the Sky 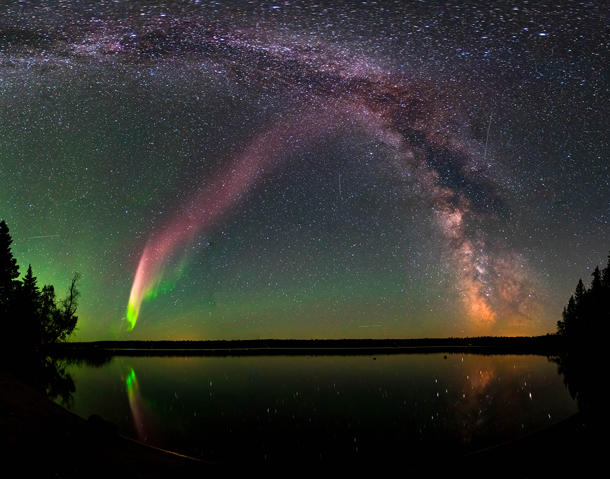 Liz MacDonald, of NASA’s Goddard Space Flight Center, gives host Steve Curwood an update on the mysterious heavenly purple and green ribbon of light dubbed “Steve.” Thanks to collaboration between citizen scientists and astronomers, this strange phenomenon has been explained – but “The Blob” in the night sky is still a mystery.

CURWOOD: In May 2017, we told you the story of “Steve,” a glowing purple and green ribbon across the sky that mystified sky watchers because it shows up much further south than the famous northern lights called Aurora Borealis. These observers decided to call it “Steve,” echoing the woodland creatures in the children’s movie Over the Hedge.

PENNY: I would be a lot less afraid of him if I just knew what he was called.

HAMMY: It's a pretty name.

OZZIE: Oh, great and powerful, Steve! What do you want?

VERNE: I don't think it can speak.

DEBBIE [FROM BEYOND THE HEDGE]: I heard that, young man!

MACDONALD: Hi, thanks for having me.

CURWOOD: So, what's changed your understanding of Steve since the initial discovery, and what is Steve?

MACDONALD: [CHUCKLES] So, Steve is a new type of Aurora structure that can be seen in the northern or southern sky further south than the usual Aurora. What we now know from the satellite observations is that this structure is associated with a very strong flow of the charged particles in the upper atmosphere that you can actually see when you're looking at Steve. And that signature from the satellite observations - this very narrow long purple arc - is actually something that we the scientists do know and have studied for a long time. It's something called a Sub-Auroral Ion Drift.

CURWOOD: Now you've come up with an acronym, or I guess it's a bacronym for Steve and what is that?

MACDONALD: Yes, so the bacronym was suggested by another of our colleagues and it's Strong Thermal Emission Velocity Enhancement, and all of those terms correspond to what's seen in the satellite observations, and to Steve actually being the visible signature of this Sub-Auroral Ion Drift.

CURWOOD: So, now wait a second. You can make a bacronym of Sub-Auroral Ion Drift.

MACDONALD: Well, that actually already has its own acronym SAID or said. That's what we often call it for short.

CURWOOD: But, I get it now. So, if you see this phenomenon you’re saying this is what STEVE SAID.

CURWOOD: And of course, what we're looking at when we see this is the visualization of all these charged particles that are usually not visual, but why in this case is it visual?

MACDONALD: Yes, so in this case -- and this is where Steve also gets really interesting -- because in the normal Aurora the light is produced by the charged particles from further out in space raining down on the upper atmosphere and exciting the molecules in the upper atmosphere as they come down the magnetic field lines. And in this case, we think that the light associated with Steve is produced by this very strong flow in the upper atmosphere. So, actually the charged particles are kind of being dragged across the neutral particles in the atmosphere and heating them up. It's kind of more like a frictional heating mechanism and that is producing some light and that that light is in different wavelengths than what you normally see in the Aurora. 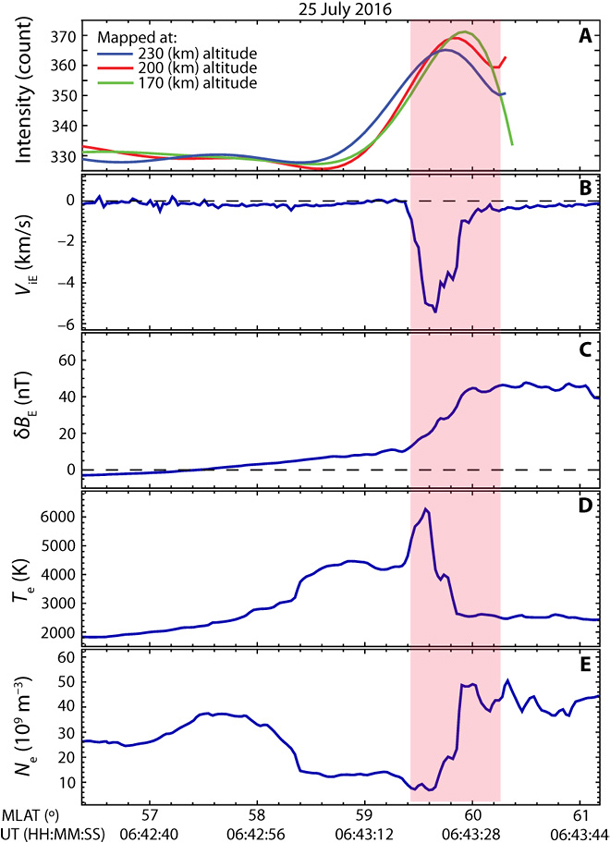 CURWOOD: So, how was your team able to determine Steve's identity?

MACDONALD: Yeah, so we combined the traditional observations from the satellites and also from the University of Calgary's ground-based array of cameras that study the Aurora both in white light and in different specific wavelengths, and then we had really great citizen science observations for this event.

CURWOOD: So, where do you get the ‘strong thermal’ part of the Steve?

MACDONALD: Yes, so the satellite also observes thermal electrons, which are part of the ambient upper atmosphere, and those were extraordinarily heated right in this region where you see the light, and so they were about five times hotter than they usually are and the temperature that we see there is actually around 6,000 degrees which is actually also near the temperature of the surface of the sun. So, something pretty hot.

CURWOOD: So, you're saying that, gee, these particles might be 6,000 degrees? I mean those are very high temperatures. How dangerous is it that it's that hot?

MACDONALD: Well, it's actually not a dangerous thing. It's gases that have gotten so hot that they have split apart, and so they do have a really hot temperature, but they're not very dense, so they're not dangerous.

CURWOOD: So, just a little wisp of a thing, huh?

CURWOOD: Now you are the founder of Aurorasaurus which collects observations from amateur photographers worldwide. What was the role of this organization, of this platform in - in identifying Steve?

MACDONALD: Yes so Aurorasaurus in many ways kind of served as the bridge between, you know, the traditional science community and this very vibrant, very enthusiastic and skilled community of Aurora chasers worldwide. 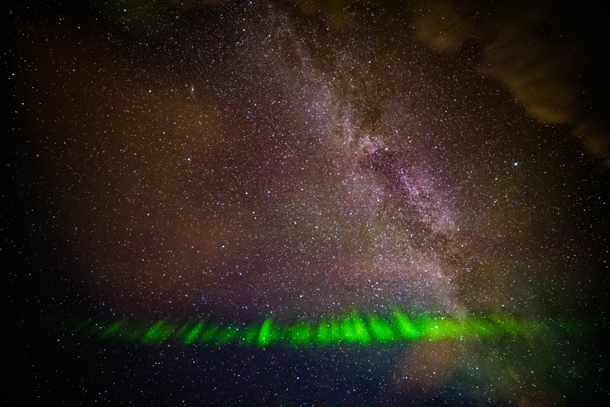 CURWOOD: So, to what extent do you think naming this phenomenon “Steve” helped to get people interested?

MACDONALD: It's been really helpful in encouraging people to appreciate the science and appreciate the citizen science as well. We have a lot of jargon in our field, so Sub-Auroral Ion Drift is a mouthful of jargon there. This paper and this discovery kind of shows that we don't need the jargon and that you know it's possible to have a fun name but also have a scientific name, and that people can really contribute to helping us understand the world.

CURWOOD: So, tell me about the significance of understanding Steve and, for that matter, the other phenomena around Aurora.

MACDONALD: Yeah, so that's part of what we call space weather, and so space weather includes all of the many effects of the space environment on our technological assets that rely on space, things like GPS, operating satellites, satellite television, communications, all kinds of communications through the atmosphere, and also power grids on the ground can definitely be affected by the changes that Aurora or Steve can make to the atmosphere, and so it is important to understand all of the parts of - of the system.

CURWOOD: Yeah, of course those of us in the radio business are familiar with this. Back in the day where people would use certain and ionized layers of the atmosphere to bounce signals around the world to today when you know a serious storm can wipe out radio communications or make them quite difficult.

MACDONALD: Absolutely, and there's a citizen science project about ham radio as well called HamSci, and they studied last summer's eclipse and continue to take observations during auroral storms as well.

CURWOOD: So, Liz, before you go, I got another question, but I know this could take all day to answer, so maybe be selective. The question is -- talk to me about other unexplained celestial phenomena we should be aware of. 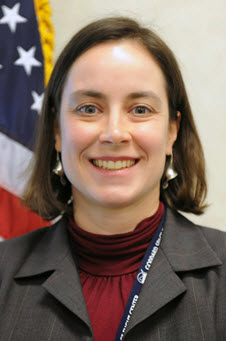 MACDONALD: Ooooh, that's a good question. Well, the citizen scientists and the group that we've worked with the most, the Alberta Aurora chasers have told us about a type of Aurora that they call “the blob Aurora” because it sits overhead for a couple of hours as opposed to most aurora which changes much more rapidly than that.

MACDONALD: It does sound cool.

CURWOOD: “The Blob”! Is it safe to be around the blob?

MACDONALD: Yeah, the blob is probably just a particular kind of wave particle interaction. Some of the particles rotate with the Earth, and what that means is that it sits in the same spot because we're on the rotating Earth. And most of the time when you talk to scientists in my field about this, they would say, “No, no that's not going to be visible because it's quite a weak sort of mechanism and hasn't been spotted before”. But one thing that is so exciting about this is that our cameras are getting better every day, and so we're able to see the Aurora more easily.

CURWOOD: Liz MacDonald is a space weather scientist for NASA's Goddard Space Flight Center and lead author of the Steve study, and where's that published, Liz?

MACDONALD: It's published in "Science Advances" and it's open access for everyone.

CURWOOD: So, go look it up if you are interested. Liz, thanks so much for taking the time with us today.

MACDONALD: Thank you so much, Steve. It's always nice to talk to a Steve about Steve.


Science Advances: “New science in plain sight: Citizen scientists lead to the discovery of optical structure in the upper atmosphere”