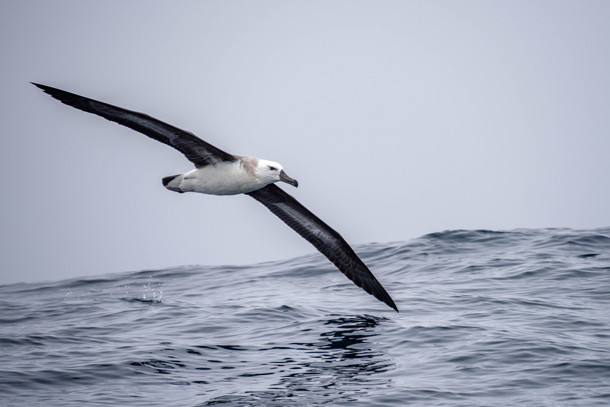 This week, tales of spies, murder, and divine intervention. Peter Dykstra and host Steve Curwood discuss researchers’ plan to use albatrosses fitted with GPS to find illegal fishermen, and a series of park ranger murders in Virunga National Park, DRC. From the murky depths of the history vaults, the duo look way back to a freak April storm during the Hundred Years War, that brought a truce.

CURWOOD: Time now for a look Beyond the Headlines with Peter Dykstra. Peter’s an editor with Environmental Health News, that’s EHN.org and DailyClimate.org, on the line now from Atlanta, Georgia, and, Peter, I think you guys down south have stolen our spring! I had to scrape my windshield this morning.

CURWOOD: [Laughs] Okay, I can’t wait for that. What do you have for us today?

DYKSTRA: Well let’s go to the noble albatross, a huge seabird being used potentially as spies as part of a research project in the Crozet Islands in the far Southern Indian Ocean.

CURWOOD: How do you make an albatross into a spy?

DYKSTRA: Well there’s some illegal fishing going on, particularly in the southern ocean, and, uh, consider the albatross as a drone with a beak. Scientists are attaching GPS devices to the big birds; they tend to congregate around fishing boats, and it would be one way to track, potentially, illegal fishing boats in the Southern Ocean.

CURWOOD: Hmm. Reminds me of that poem, what is it? 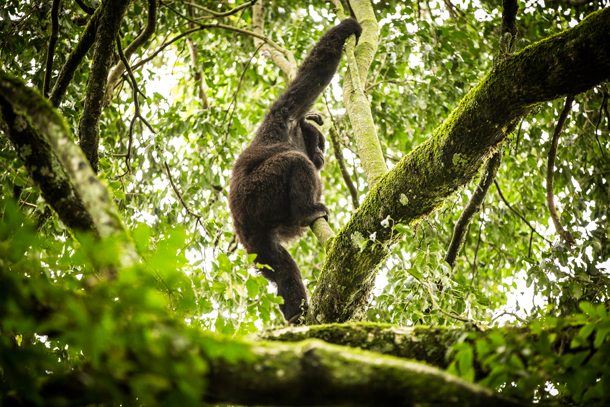 Virunga National Park is home to one of the largest wild mountain gorilla populations in the world. Hundreds of park rangers have been killed in their efforts to protect the park from exploitation. (Photo: Joseph King, Flickr CC BY-NC-ND 2.0)

CURWOOD: Huh, seems like the albatross might get hung around the neck of the illegal fishers, huh?

DYKSTRA: That’s right, except bear in mind that the albatross is a huge bird. It can weigh almost up to thirty pounds, and that would be a tough thing to wear around anybody’s neck.

CURWOOD: [Laughs] Indeed. Hey what else do you have?

DYKSTRA: Let’s go to Africa and Virunga National Park, founded in 1925, one of the oldest parks in Africa in the Democratic Republic of Congo. There are 400-plus mountain gorillas there, one of the strongest mountain gorilla populations left in the world. But over the last twenty years, over a hundred and eighty wildlife rangers have been murdered trying to protect mountain gorillas in the park, including six, five rangers and their driver, that were just murdered this past week.

DYKSTRA: Well, there’s a market for charcoal in the park. It’s used by existing rebel armies. And they want to wipe out the game wardens in the park to get to the charcoal, not necessarily to get to the gorillas. 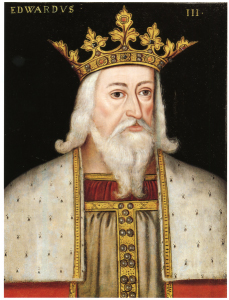 On April 14, 1360, a sudden lightning and hailstorm barraged King Edward III’s troops, killing 1000, as they advanced to Paris. The weather was seen as a sign from God to end the Hundred Years War between France and England, and a truce that lasted 9 years ensued. (Photo: Kim Stovring, Flickr CC BY 2.0)

CURWOOD: Oh my. So what do you have from the history vault for us this week?

DYKSTRA: I think this is going to be the farthest back in history we’ve ever gone. April 14th in the year 1360, in the midst of the Hundred Years War between England and France. The troops of King Edward III were advancing on Paris and there was a freak wind and hail and lightning storm that killed a thousand English soldiers.

CURWOOD: I imagine that kind of freaked people out as well, huh?

DYKSTRA: It freaked them out completely, and rather than thinking of this as a meteorological event, there was a tendency among both the French and English to think of it as a sign from God. So that resulted in a nine-year treaty, a nine-year pause in the Hundred Years War. Probably saved some lives, which was a good thing. Got to remember, during the reign of King Edward III something else was going on: that was the Black Death, the Bubonic Plague. It killed about a third of the people in England and on the European continent.

CURWOOD: Whoa. We have troubles now, but I don’t think they’re quite that bad.

DYKSTRA: No, not that bad, but our troubles now are something to worry about as well.

DYKSTRA: All right, Steve thanks. Talk to you soon.

CURWOOD: And there’s more on these stories at our website, LOE dot ORG.

The Guardian: “'We know we may be killed': the rangers risking their lives for Virunga's gorillas”