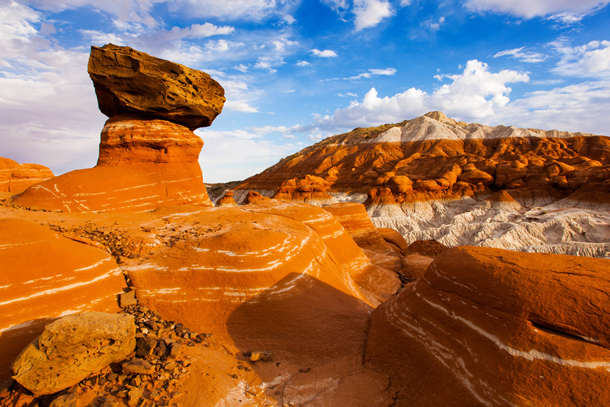 This week, we look Beyond the Headlines at a cut-rate sale of public land leases to fossil fuel companies spearheaded by Interior Secretary Ryan Zinke; also a high court ruling that could ban diesel cars in Germany’s most polluted cities. And from the history books, Peter Dykstra reminds us about a toxic chemical plant explosion near the New Jersey Turnpike that rocked the New York metropolitan area.

CURWOOD: It’s Living on Earth, I’m Steve Curwood. Time now for a look Beyond the Headlines with Peter Dykstra. Peter’s with Environmental Health News, that’s EHN.org, and DailyClimate.org. On the line now from Atlanta, Georgia where it is warm and sunny, I imagine, Peter.

DYKSTRA: Yes it is, and how you doing Steve? The, um, Secretary of Interior, Ryan Zinke, is undergoing what The New Yorker magazine has called a fire sale of public lands.

CURWOOD: Oh? So how do you have a fire sale with land?

DYKSTRA: You give ‘em away cheap, and you give ‘em away to your friends. The friends of the current administration would appear to be the fossil fuel industry, perhaps the mining industry. Secretary Zinke has set a large lease sale for Alaska for the oil and gas industry. Only one percent of those leases have been sold. There’s a huge offshore oil and gas lease – only ten percent of those leases were even bid on.

CURWOOD: So what’s the problem? Why does he have to sell this a cut-rate?

DYKSTRA: We’re not sure. But the reason that the fossil fuel industry may not be buying in is that gasoline at the pump or oil by the barrel are still pretty cheap and pretty abundant. So the oil and gas industry doesn’t have to start new projects; they don’t have to start projects like offshore drilling that by their nature cost more than the industry would make off them. 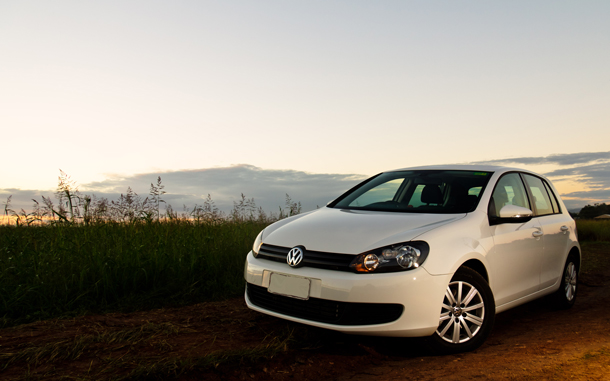 Volkswagen is one of several car companies penalized for lying about emissions from its diesel vehicles. Diesel cars risk being banned in some German cities. (Photo: Dave See, Flickr CC BY 2.0)

CURWOOD: And of course Mr. Zinke will stay away from the sensitive areas then if it’s hard to sell this stuff.

DYKSTRA: Uh, the sensitive areas, you mean like the national monuments that have been set up – Bears Ears and Grand Staircase-Escalante in Utah?

DYKSTRA: The Interior Department in the Trump administration drastically slashed the size of those areas and is preparing to auction off leases near them.

CURWOOD: But I imagine that they won’t be able to get the money they want. Hey, what else do you have?

DYKSTRA: Well, we can move to Europe where the diesel scandal with Volkswagen and other companies, other car companies, is still feeling its pinch. There’s a German non-government organization, Environmental Action Germany. Their official German name is Deutsche Umwelthilfe, or DUH, which of course stands for “DUH.”

DYKSTRA: And they’ve taken the auto manufacturers to the highest court in Germany where they’ve won a decision that could result in cars being banned from some of the most polluted cities in Germany. There are 15 million diesel cars in Germany. We’re seeing the sales numbers go down year after year because the writing is on the wall for diesel cars.

CURWOOD: Hey, what do you have from the history vault for us this week?

DYKSTRA: We’re going to go back to my home state, my native state, New Jersey. Elizabeth, New Jersey to be precise. On April 20, 1980, ten years after the first Earth Day, the Chemical Control Company blew up. It burned for fifteen hours. There were tens of thousands of toxic drums on the site. It was a major fracas to celebrate that Earth Day tenth anniversary. 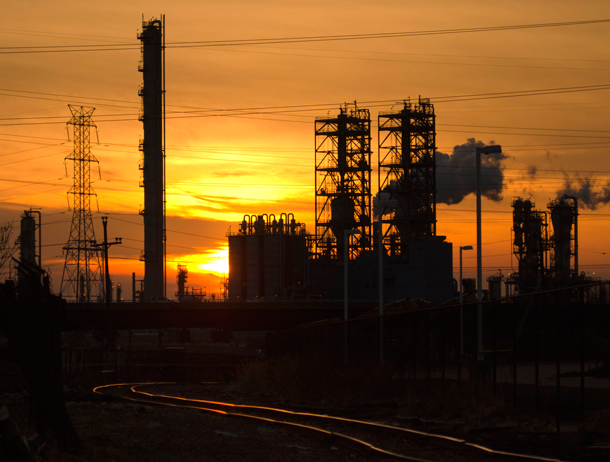 The explosion and fire at the Chemical Control Co. was near Exit 13 off the New Jersey Turnpike – not far from an oil refinery complex. If the fire had reached these petroleum tanks, the damage could have been even worse. (Photo: Bob Jagendorf, Flickr CC BY-NC 2.0)

CURWOOD:I think you could hear the blast in downtown New York, huh?

DYKSTRA: You could hear it all over the New York area. And there was a fear at one point that Staten Island, which was downwind from the blast, that large areas of Staten Island would have to be evacuated. There were drums of PCBs, pesticides, other toxic chemicals all mixed together and poorly kept track of.

CURWOOD: And hey, what exit was that on the New Jersey Turnpike?

CURWOOD: But that’s down by the refineries – what about the gasoline?

DYKSTRA: Right. That’s the area of the Jersey Turnpike where you have to roll up the windows just to drive by. There were storage tanks nearby – not just for gasoline, but for natural gas and propane – and if the fire, which burned for fifteen hours, had gotten to those tanks, the disaster could have been many, many times larger.

DYKSTRA: All right, Steve thanks. We’ll talk to you soon.

CURWOOD: And there is more on these stories at our website, LOE.org.