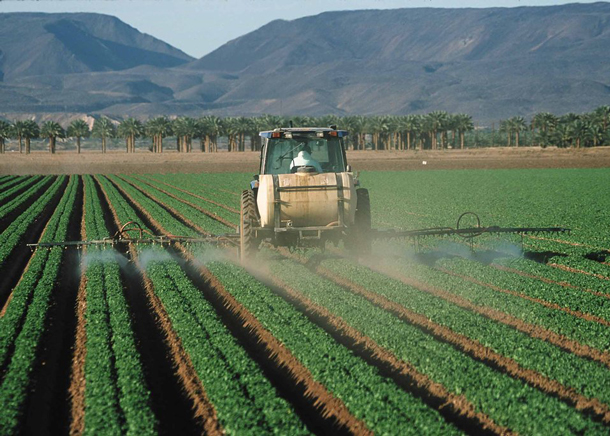 The herbicide glyphosate is considered to be a probable carcinogen by a World Health Organization agency and it is widely used for household and commercial applications. New e-mails uncovered through a Freedom of Information Act request by journalist Carey Gillam reveal that an FDA scientist found glyphosate residue on nearly every food item tested, including cereals, crackers, and honey. Ms. Gillam discusses with host Steve Curwood her concerns for public health and why the FDA has not made these data public.

CURWOOD: From PRI, and the Jennifer and Ted Stanley Studios at the University of Massachusetts, Boston, this is Living on Earth. I’m Steve Curwood. Back in 2015 the cancer agency of the World Health Organization listed the widely used herbicide glyphosate as a “probable carcinogen.” But in December of 2017 the EPA under Scott Pruitt found no evidence that glyphosate is a human carcinogen and approved its continued use on both genetically engineered and non-GM crops.

That hasn’t reassured many in the public—California is battling in the courts to put a warning label on foods that contain traces of glyphosate, which is often sprayed on wheat, barley and oats to kill them right at harvest to save time for farmers and make those crops dry more evenly. Some 80,000 or more tons of glyphosate is used yearly in America. So in 2016 the Food and Drug Administration began testing for the chemical in foods but has yet to issue a public report.

Curious to learn what the FDA did find about glyphosate residues, journalist Carey Gillam issued a Freedom of Information Act request to see the test results, and wrote about it for the Guardian. Carey Gillam, tell me, what did your FOIA request uncover?

GILLAM: These internal e-mails that I've recently reported show that one chemist for the FDA out of Arkansas reported he couldn't find hardly anything that didn't have weed killer in it. He reported bringing food from home, wheat crackers and granola and things and it all contained glyphosate. He said The only thing he found that didn't contain the weed killer was broccoli.

CURWOOD: Now a few years ago, 2015, the EPA put a list of the most common produce and the amount of glyphosate that's applied to these items in the course of growing them. We'll have a link to that list on our website, but talk to me about some of the foods that got the largest and the smallest amounts of chemicals containing glyphosate put on them. 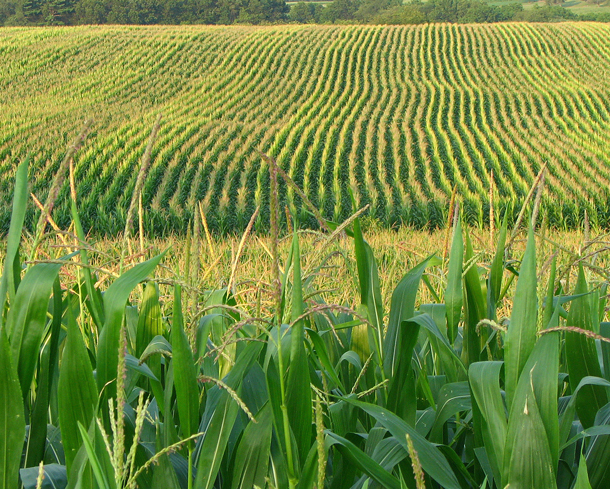 GILLAM: Well, it's really hard to know for sure if you're relying on government data because our government USDA and FDA routinely have skipped testing for glyphosate. They are charged annually with looking at thousands of food samples for residues of insecticides, herbicides, fungicides, and as I said, they routinely have skipped looking for glyphosate. What we've seen is that a number of consumer groups and academics and others have had to do their own testing to try to find out how much of this weed killer is in our food, and they're finding it in everything from you know, the wine that you're drinking with dinner to snacks and cereals and crackers and cookies that we give our kids in their lunch boxes. Really, that it is this pervasive and we have found from the limited FDA evidence so far, found it in oatmeal, you know baby food oatmeal and honey. Glyphosate is also used in conjunction with avocados and with spinach and things like that. It's dozens and dozens and dozens, more than 70 different popular food crops that are grown with the use of glyphosate.

CURWOOD: Carey, the internal FDA e-mails that you obtained through the Freedom of Information Act revealed that at least one chemist found exceptionally high levels of glyphosate is a sample of corn, but didn't report it outside the agency. Talk to me about that please.

GILLAM: Yeah, so there are these legal limits. We refer to them as MRLs, maximum residue limits or maximum residue levels, and these are the legal limits set by the EPA for how much of a particular pesticide can legally be in a particular type of food, and for corn it's 5.0 parts per million and this scientist reported finding it at 6.5 parts per million, much higher than the legal limit. And what we saw in the internal e-mail was that his supervisor was reassuring the EPA that they would not need to take action on that, that they would simply not consider that to be an official sample - in essence they could ignore it - and we've seen a bit of a pattern of this. The same scientist was the one who earlier had found glyphosate levels at very high levels, levels that should be considered illegal in honey, and again, his supervisors were essentially telling him not to worry about it, that it essentially would go away, they weren’t going to focus on it. It wasn't going to be considered official in any reference.

CURWOOD: Wait a second, they have found levels that aren't legal...why not report them? What's the motivation of the supervisor saying that you don't have to tell other agencies about this?

GILLAM: This has been my frustration in dealing with and investigating the FDA actions on testing for a number of years. They really have been reluctant to discuss this with the public, to release information to the public, to be accountable in any way to the public on this lack of testing, this lack of information. They came under great criticism from the Government Accountability Office in 2014, specifically because they were skipping testing for glyphosate, this very widely used chemical that we know is in our food and in our water. We know it's also in our body. But the FDA has been reluctant to be forthcoming with information. Now they say they will release some data in their next report which should be out at the end of this year or early 2019.

CURWOOD: So, what you're telling me is that basically every one of us living in the United States has likely consumed glyphosate residue in our food. What are the health concerns with that? 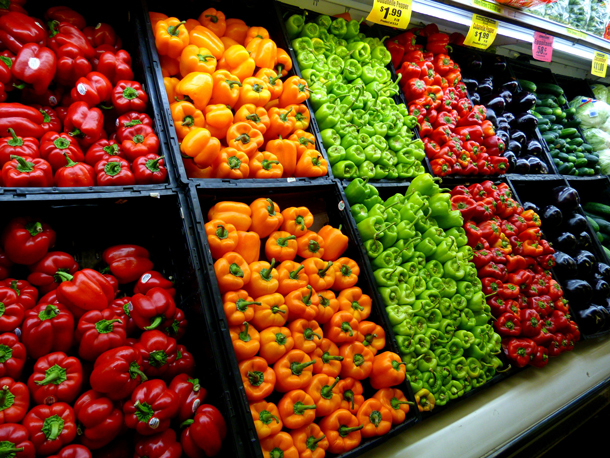 Nearly every item of produce commercially grown in the United States is cultivated with the use of glyphosate. (Photo: Rusty Clark, Flickr CC BY 2.0)

GILLAM: And it would be great to know more about that too right? Without having a lot of data, without having bio-monitoring, without being able to correlate intake, dietary intake of this weed killer with any particular human health impacts, it's anyone's guess. Now, there's certainly a body of research out there showing that glyphosate has an array of human health harms. Different scientists have found it tied to kidney problems, liver problems, reproductive concerns, and of course the International Agency for Research on Cancer tied it to non-Hodgkin's lymphoma type of cancer.

CURWOOD: So, it's classified as a probable carcinogen by that agency if I understand it?

GILLAM: That agency, an independent group of cancer scientists classified it as a probable human carcinogen based upon an examination of toxicology and epidemiology research.

CURWOOD: Now, as part of your Freedom of Information Act request, you also found some information about the toxicity of products containing glyphosate, that is formulated products as opposed to simply straight glyphosate on its own. Tell me about that please.

GILLAM: Formulated products, something you would buy on the shelf at your lawn and garden store for instance, those really have not undergone extensive toxicity testing by our government. The testing that they have required has been focused only on glyphosate by itself, which is the active ingredient but not on the formulations and the mixtures of glyphosate with other ingredients. So, it's only now that our national toxicology program is actually doing that testing, and what I've been able to find out and recently reported was that they are finding, of course, that these formulated products are much more toxic than glyphosate by itself. That they are killing human cells much more potent than what has been studied for the last 40 years, that the government itself has said they don't even know what's in these formulations because they’re trade secrets. The companies keep that information pretty close to the vest.

CURWOOD: In other words, the trade secrets are more important than public health.

GILLAM: That's where we are today it seems, yes.

CURWOOD: I mean this all seems rather overwhelming. Glyphosate is so common I don't know how one avoids it. And then there's a question of it being mixed with other ingredients and yet we still don't have a firm grasp on what the potential health effects of long term exposure might be. What advice do you have somebody who is listening to us right now and is concerned?

GILLAM: You know, I think if you're concerned about it, you do your best to educate yourself and to communicate your concerns to your representatives both on a local level and a federal level and to your neighbors, and do the best you can to protect your health and to protect the health of the environment, and what I try to do for instance is I try to buy organic if possible. If I’m feeding my boys fresh berries in the morning, I don't want conventional strawberries because FDA data shows us there are at least 20 different pesticides commonly found in a bowl of strawberries. So, I'm going to go organic. I'm going to go for the least processed, the least pesticide-laden foods that I can.

CURWOOD: A story by Carey Gillam on the presence glyphosate in the food supply recently ran in The Guardian. Carey, thank you so much for taking the time with us today.

GILLAM: Thank you for having me.

“Preliminary results for samples collected under the 2016 special assignment showed no pesticide residue violations for glyphosate in any of the four commodities tested (soybeans, corn, milk, and eggs).”

CURWOOD: His full statement is posted at our website, loe dot org.

The Organic and Non-GMO Report: Why are farmers spraying glyphosate on their crops right before harvest?