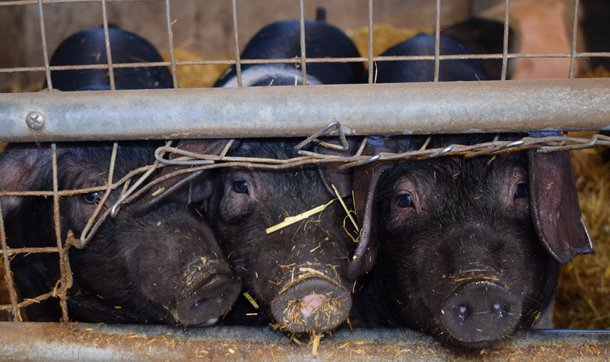 The popularity of pork in China has led to the development of hog high rises, which can hold up to a thousand hogs per floor. (Photo: Suzanne Tucker, Unsplash, creative commons)

This week Peter Dykstra and host Steve Curwood go Beyond the Headlines to discuss China’s high-rise hog farms and the salt water intrusion threatening one of California’s most agriculturally productive lands. And they remember a distinguished nineteenth century London scientist who was an early observer of global warming and the heat island effect of cities.

CURWOOD: Time to look Beyond the Headlines now with Peter Dykstra. Peter is with Environmental Health News, that’s ehn.org and DailyClimate.org, where there are all kinds of stories whizzing by. What do you have today for us Peter, what’s going on?

DYKSTRA: Hi Steve. You know hogs are a big deal here in the U.S. Anybody who eats meat tends to love things like bacon and sausage, but they’re even a bigger deal in China. And one of the things that’s been a problem is building hog farms close to the population centers in China.

CURWOOD: So, what’s the solution?

DYKSTRA: Here’s something they’re trying as a solution although it certainly raises a lot of questions; hog hotels, hog high rises. They’re building hog farms a thousand hogs per floor, as high as seven floors. And there are plans in the works for a thirteen-story hog high rise.

CURWOOD: Hogs put out a lot of manure, what are they going to do with that? 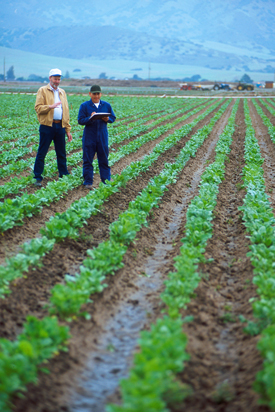 Salinas Valley, an important agricultural area in California, is being threatened by saltwater intrusion due to illegal well-drilling in Monterey Bay. (Photo: U.S. Department of Agriculture, Flickr CC BY 2.0)

The sewage system maybe? Well we don’t know, we certainly know that hog farms, no matter how they’re laid out, are concerns for pollution, for disease with the tightly confined hog populations. And also, just for the smell, I don’t know how that’s going to work in a big city.

CURWOOD: Oh, sounds like a rather ugly pork barrel-type scheme, doesn’t it?

CURWOOD: Hey, what else do you have for us?

DYKSTRA: Next we’re going to talk about salt water intrusion. It’s a big deal in places like Southeast Asia, West Africa, it’s a concern here in the Southeastern U.S. As fresh water is drawn up for agriculture and for drinking water, and it tends to suck the salt water in, particularly where there’s sandy soil. The Salinas Valley is the latest concern for that, in California, a huge agricultural area.

CURWOOD: Well wait a second, Salinas isn’t right on the ocean. Why is there a concern there?

DYKSTRA: It’s as much as 30 miles away from Monterey Bay and its huge for cash crops like artichokes as well as lettuce. But Monterey Bay, because of illegal wells being drilled in the Salinas Valley for agriculture, Monterey Bay’s salt water is beginning to get into the water supply and once you have an aquifer contaminated by salt water, it becomes pretty much useless for drinking water or for agriculture.

CURWOOD: Oh yea, so that aquifer is right up to the coast itself. That’s hard to reverse isn’t it?


A portrait of John Tyndall, the first scientist to observe what is now known as the “heat island effect,” in which cities are usually warmer than surrounding areas. (Photo: Getty Images, Wikimedia commons public domain)

CURWOOD: So, what do you have from the history vault for us today?

DYKSTRA: Let’s go back to May 18, 1859. A man of many talents named John Tyndall, he was a physicist, he was a surveyor, and mountaineer and he was the first to note that CO2, water vapor and ozone can tend to hold heat into the earth, one of the earliest manifestations of what we now know as the greenhouse effect.

CURWOOD: Uh oh, an early sign of global warming more than a hundred years ago. What else did this scientist discover?

DYKSTRA: He speculated on London as a heat island. This huge city, surrounded by British countryside, always tended to be a few degrees warmer than that countryside. And that was one of the first times we began to observe that as well.

CURWOOD: So how respected was he with these observations or did people deny them?

DYKSTRA: He was a great communicator. He was sort of the Carl Sagan or the Neil deGrasse Tyson of his day. He popularized science, but something that I’m guessing didn’t happen, unlike climate scientists today, he didn’t have climate deniers accusing him of only being in it for the money.

DYKSTRA: [LAUGHS] Alright thanks a lot Steve, talk to you soon.