The Most Toxic Town in America 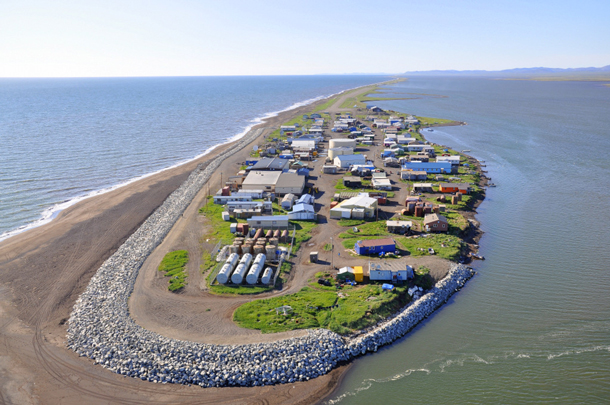 Kivalina is a village on the coast of the Chukchi Sea, where most of the residents are Iñupiat, a native Alaskan people. This is one of the towns most endangered by toxic releases from the Red Dog Mine, but Kivalina is also imperiled by coastal erosion. (Photo: ShoreZone, Flickr CC BY 2.0)

The EPA listed Kotzebue, Alaska in 2017 as the most industrially polluted community in the US. Millions of pounds of poisonous dust laden with heavy metals is released annually from mining zinc and lead at the nearby Red Dog Mine. Host Steve Curwood spoke with Pamela Miller from Alaska Community Action on Toxics about the impact.

CURWOOD: Another source of risk in Alaska is mining. The most recent toxic release inventory of the EPA lists Kotzebue, Alaska, as the worst industrially polluted town in the US. Its hundred residents are annually assaulted by more than 750 million pounds of toxics, including lead, cadmium, and mercury. All this contamination comes from the Red Dog mine that produces lead and 10% of the world’s zinc. The impact is even worse for the native Alaskan villages of Kivalina and Noatak, which are much closer to the mine itself. Pamela Miller is Executive Director of Alaska Community Action on Toxins.

MILLER: The primary problem is that due to the huge fugitive dust emissions and releases of toxic chemicals to the streams and rivers downstream from the mine, the lands and waters are contaminated with heavy metals, and these are lands that have been used for generations by the native communities in that region for subsistence. So, the gathering of greens and berries, the gathering of medicinal plants, the hunting of animals such as caribou and fish and beluga, and these are all downstream or downwind from the mine.

CURWOOD: So, what health effects have been observed?

MILLER: Well, there haven't been any detailed health investigations. The difficulty is that these communities are very small, and there has never been a very in-depth health assessment of the public health impacts of this mining operation in that region. There is concern especially in the community closest to the mine about health effects that include kidney disorders and neurological problems.

CURWOOD: So, what's being done to protect the environment and the local people from all this toxic waste? 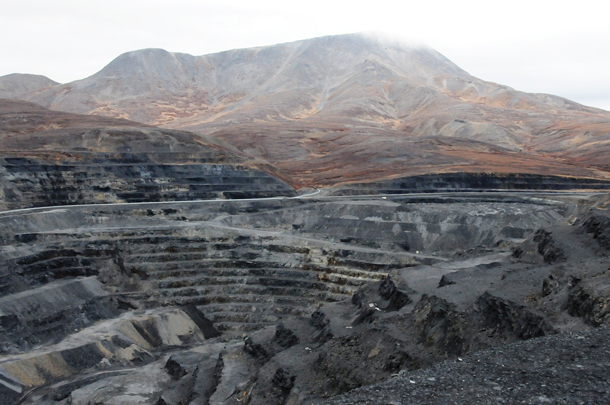 The Red Dog Mine is the source of most of the toxic pollution near Kotzebue and Kivalina. Opened in 1989, it is the largest producer of zinc worldwide, and is expected to stay open until 2031. (Photo: Robert Cummings, Flickr CC BY-ND 2.0)

MILLER: Well, it used to be that they transported the ore from the mine in open trucks along a 50-mile corridor from the Red Dog Mine to the Chukchi Sea port. Huge amounts of fugitive dust, which included high concentrations of heavy metals were simply blown off the trucks and distributed in a wide swath on either side of the road. They have taken measures to control those fugitive dust emissions and that is probably the primary protective thing that they've done.

CURWOOD: What about all the riverways, the streams that are getting contaminated with wastewater from the mining operation? What plans are there to protect the waterways?

MILLER: Well, they have controlled some of their releases through the creation of storage ponds and tailings, but these simply slow down the releases further downstream, I think, and while they – the tailings ponds in these storage facilities will temporarily curtail the flow of contaminants downstream and downwind, this is a problem that will persist for many generations to come because I don't believe the corporation will be held accountable for responsible cleanup of this site. It's a Superfund site in the making.

CURWOOD: So, what's the economic balance of this Red Dog Mine? Some people would say, well, it creates jobs. Other people say it's destroying jobs. What's your perspective?

MILLER: This mine actually provides very few jobs to local people, and I think the economic benefits are way overblown, and I think much of the revenue that is generated from the mining of heavy metals from the Red Dog Mine actually benefit a foreign corporation that's based in Canada, and I don't see that the local communities benefit very directly whatsoever.

CURWOOD: So, what about cleaning up these areas? I mean what what's the state doing about this? What's the Environmental Protection Agency saying about the situation?

MILLER: Well, this is a site that's very remote, and so the regulatory agencies, whether state or federal, really cannot do any inspection or regulatory activities without informing the mine that they're coming. It's so remote and I think to a large extent there is no regulation of this facility. 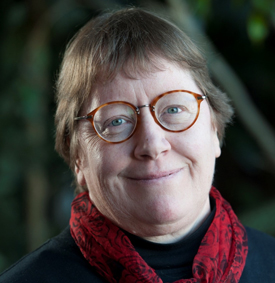 CURWOOD: From your perspective then, Pamela Miller, what do you see as the ideal future of this Red Dog Mine?

MILLER: Well, I think the corporation that has operated this mine now for more than 20 years really needs to be held accountable for the containment and control of the contamination that they've produced and to make sure that this site is cleaned up so it doesn't cause further public health harms from this mine site that they've created.

CURWOOD: How long have you been working on this project, and what gives you hope that something can be done for the people as well as the wildlife and the environment there to least mitigate these large toxic effects from the Red Dog Mine?

MILLER: We've been working on this since at least 2004 when we produced an investigative report about the contamination from the Red Dog Mine. We've pursued litigation to control contamination through the Clean Air Act and the Clean Water Act, so we have effectively reduced the fugitive dust emissions and the releases to the surface waters. What really needs to happen over the long-term is that the agencies need to make sure that when this mine shuts down that the corporation does not leave the land in a contaminated state so we don't have contamination in perpetuity.


Listen to our coverage of Kivalina’s lawsuit against ExxonMobil