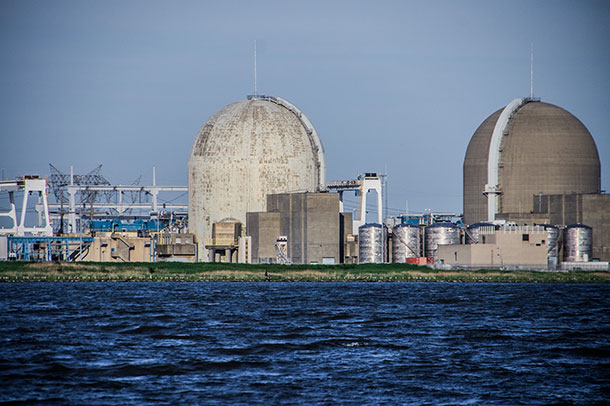 CURWOOD: From PRI, and the Jennifer and Ted Stanley Studios at the University of Massachusetts Boston, this is Living on Earth. I’m Steve Curwood. When it comes to the environment in New Jersey, there’s a new sheriff in town, and his name is Phil Murphy, though he’s actually the new Democratic governor. After eight years of environmental rollbacks under former Republican Governor Chris Christie, the Democrat is embracing greener policies. Mr. Murphy has signed bills to promote offshore wind and higher renewable portfolio standards for power companies. And probably the most controversial measure commits New Jersey rate payers to spending 300 million dollars a year to keep two aging, but carbon-free, nuclear power plants alive. We turn now to David Roberts, a writer for Vox -- welcome back to Living on Earth, David.

ROBERTS: It's a huge deal right now. About 40 percent of the state's power comes from nuclear and the vast bulk of the rest, over 50 percent, comes from natural gas. So, you can sort of think of New Jersey's present grid as divided roughly 60/40 between natural gas and nukes. And, of course, renewables are in there but they're like two or three percent currently. So, you know, it's not that huge of a state and nuclear power plants are very large. So, two very large nuclear power plants in a mid-size state is a big chunk of the economy. 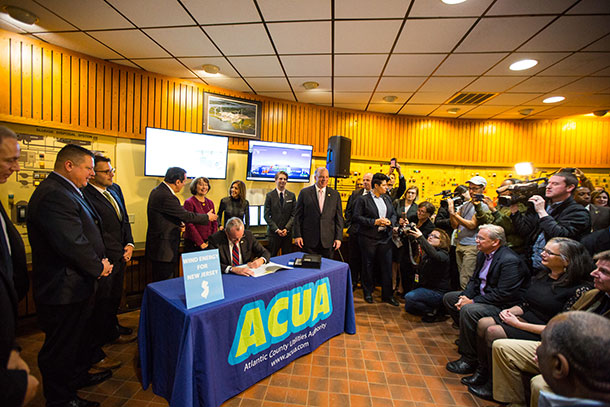 Governor Murphy has enacted a suite of legislation focused on renewable energy along with the nuclear deal. Here he is signing an executive order in January directing the New Jersey Board of Public Utilities to fully implement the Offshore Wind Economic Development Act. (Photo: Phil Murphy, Flickr CC BY-NC 2.0)

CURWOOD: Now, there are a number of environmental activists who are looking at renewable energy get heartburn over nuclear power. What are the arguments that they offer against a plan which is part of a low carbon plan?

ROBERTS: The fight over nuclear in New Jersey, and in New England and in the Northeastern states generally right now, is a fight over existing nuclear power plants. So, the question is: keep them open as long as possible, or shut them down? And so there's sort of a split in the environmental community right now between people who say, well, look if we've got these gigawatts of carbon-free electricity already being generated, maybe we should keep them because we're fighting climate change and carbon-free energy is at an absolute premium. And then on the other side are people who still oppose nuclear because the U.S. environmental movement has opposed nuclear. I mean, it was practically founded around opposing nuclear. So, the sort of habits and arguments and sentiments against nuclear are very, very, very deep-rooted in the environmental movement. And so they, you know, they don't like the waste, they don't like nuclear compared to renewables because it's big and centralized and the companies that own it tend to be highly concentrated and corrupt. And approaching this as a climate hawk -- if your main concern is carbon, then I just don't think you can afford to be cavalier about taking a bunch of zero carbon power off the grid, and I think that's where Murphy came down.

CURWOOD: So, the governor also signed legislation that increases the renewable energy portfolio standards and also encourages the use of offshore wind. How does this other set of bills fit into all these efforts?

ROBERTS: Right. It's a comprehensive, low-carbon approach. Technically, it's three pieces of legislation, three bills he's passing. One jacks up the state's renewable portfolio standard to 35 percent by 2040 and 50 percent by 2050, which is very ambitious -- I mean, relative to what other states have got. The second bill did a bunch to boost and make life easier for offshore wind, which is also picking up in that region. And then the third bill was the nuclear subsidies, $300 million dollars in ZECs that will go to nuclear plants.

CURWOOD: And for people who may not know or remember, a ZEC is a zero-emissions credit. 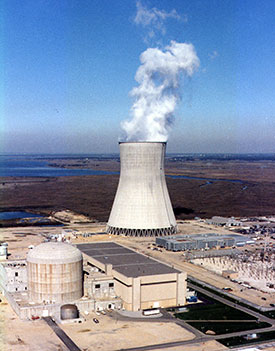 The Hope Creek Plant, one of the two being subsidized by New Jersey taxpayers under the new legislation. (Photo: Nuclear Regulatory Commission, Flickr CC BY-NC-ND 2.0)

CURWOOD: By the way, Governor Murphy has been positioning the state to be a leader in state level government action on climate change. When he came into office, the state rejoined RGGI -- Regional Greenhouse Gas Initiative -- which is a way that the power plant sector can trade emissions and lower emissions.

ROBERTS: Right. RGGI is great in a lot of ways, but let's just put it this way: the boost in renewable energy that will come from the renewable portfolio standard that Murphy just signed will do a lot more to reduce greenhouse gas emissions than RGGI. RGGI is a price on carbon, but as of right now at least it's a relatively mild price on carbon. So, New Jersey joining RGGI is great in that it sends a signal; it makes RGGI bigger and stronger. But in terms of the sort of direct significance to New Jersey's energy mix, these bills he just signed are a much bigger deal.

CURWOOD: So, give us a little bit of background information on the two nuclear plants that these subsidies will keep operating. They're called Salem and Hope Creek. What kind of safety issues if any are involved with these plants?

ROBERTS: I don't think either of them have safety issues over and above what you have to do at a nuclear plant to keep it safe. So, the reason they're closing is that nuclear plants are just getting killed on wholesale power markets. That's happening to nuclear plants everywhere because they're big and slow and expensive, and natural gas and renewables and efficiency are just outcompeting them. And so, nuclear is in a tricky situation. It doesn't want to necessarily throw its lot in with coal and try to get the same bailouts coal is getting, but on the other hand, in most states they're not compensated for the environmental benefits of their power. New Jersey is saying rather than some sort of generic measure to bail out big base load plants -- which is what the big base load plant owners want -- let's do something specifically for nuclear, specifically targeted at its environmental benefits.

CURWOOD: By the way, what are the other states, if any, that nuclear power is such a significant chunk of the energy portfolio, and what could they learn from what's going on in Jersey?

ROBERTS: Well, it's mostly in the Northeast, it's Northeast and mid-Atlantic states, and actually New Jersey should not get all the credit here. New York passed a similar support for its nuclear plants -- the exact same thing. They're the ones who sort of worked out and established the ZEC model. So, if anything, New Jersey is sort of taking a cue from New York here. But in terms of the other states, you know, every state like Connecticut, Pennsylvania, Delaware, they all have big chunks of their power coming from nuclear and they're all struggling with this issue. So, I don't know how far that will spread or how many of the states will take that up, but all of them are wrestling with this. It's very much on all their minds. 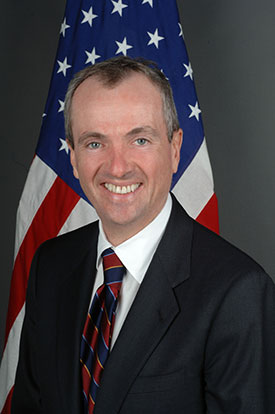 CURWOOD: OK. And tell us what role do you think nuclear energy will have in decarbonization plans over these coming decades.

ROBERTS: Goodness, that's a good question. I'll split my answer into two. I would say if current trends continue, existing nuclear plants will stay open longer and provide a foundation, and on top of that foundation, renewables will grow. Basically, no new nuclear plants are going to be proposed and built in the U.S. Probably, period. I will probably live to regret saying that. But the caveat is that they are at work on these whizbang new kinds of nuclear plants -- small, modular, they're sort of meltdown-proof, they don't produce any waste, they can’t -- you know, they’re perfectly safe, etcetera, etcetera. Then, I think, yes, nuclear will play a big role in the second half of the century.

CURWOOD: David Roberts is a writer at Vox. Thanks so much for taking the time with us today.

ROBERTS: Thanks a lot, Steve.

More on the Nuclear Bill