Pruitt Out, Wheeler In 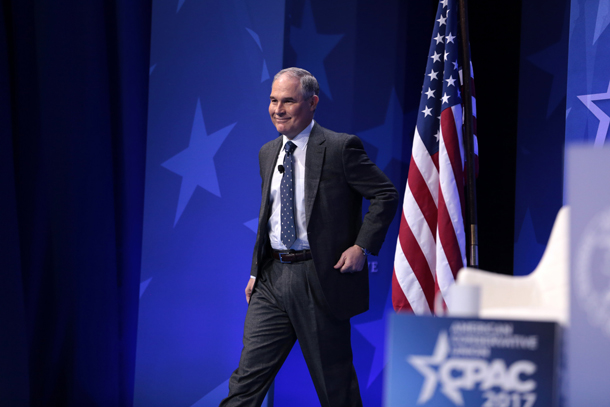 With the departure of EPA Administrator Scott Pruitt, former coal lobbyist and Senate staffer Andrew Wheeler now takes over as Acting Administrator, and is expected to keep rolling back regulations. Britt Erickson, a senior editor at Chemical and Engineering News, spoke with Host Steve Curwood about what’s at stake in the EPA transition.

KAISER: From PRI and the Jennifer and Ted Stanley Studios at the University of Massachusetts, Boston, this is Living on Earth. I’m Jaime Kaiser.

Former EPA Administrator Scott Pruitt who was forced to resign July 5th amid 13 different federal investigations was also slow to get his job done. On July 10th, as Deputy Administrator Andrew Wheeler took charge as acting head, the EPA finally delivered to the White House a proposed rule to replace the Clean Power Plan, though Mr. Pruitt had announced he would do it back in March of 2017. Mr. Wheeler is a former coal lobbyist and senate staffer and his critics expect him to follow Scott Pruitt’s pattern of sidelining science. Andrew Wheeler has been skeptical of climate science and proposed regulations under TSCA, the updated Toxic Substances Control Act. For a look at what’s ahead for the EPA, Britt Erickson, senior editor at Chemical & Engineering News, joins us. Welcome to Living on Earth!

ERICKSON: Thanks for having me.

CURWOOD: So, remind us what the EPA is in fact responsible for regulating and what you see are some of the biggest risks in this transition from Mr. Pruitt to Mr. Wheeler.

ERICKSON: Well, under TSCA, EPA is regulating chemicals – new chemicals that come onto the market. They're required to look at the safety of these chemicals to make sure there is no risk to human health before they go on to the market. Under Pruitt, they kind of sidelined the science. They look the other way… they say, well, we're just going to look at very small uses of the chemical rather than all the comprehensive uses of the chemical. So, we end up with no risk.

CURWOOD: And so, what can we expect now going forward? 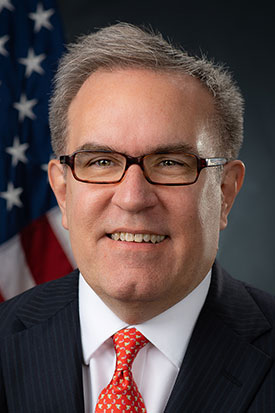 CURWOOD: Yeah, what about these reports that Scott Pruitt had been delaying the release of a report on human health effects from formaldehyde? Now that Mr. Wheeler is there, how might that change – and by the way, what's this all about, the formaldehyde thing?

ERICKSON: So, the formaldehyde assessment has been going on for a very long time. Under Senator Inhofe, I believe, when Andrew Wheeler was working for Senator Inhofe, the EPA delayed the assessment because Inhofe was pushing them to do so. And I believe we'll see more of the same. Under Wheeler, we're going to see more delays. They've never released this assessment. Current staff at EPA is saying that they've been told to delay it.

CURWOOD: So, talk to me about some of the other chemical and pollutant laws that have been, well, pushed around by Scott Pruitt's legacy.

ERICKSON: Well, one of the ones I'm very concerned about is methylene chloride in paint removers. Under the Obama administration, the EPA had proposed to ban that use. When Scott Pruitt came on board, the ban was delayed. He then met with several families that had sons – young men – who had passed away from using this chemical that they had purchased at their local hardware store. So, he promised… Pruitt promised that he would do something about this and finalize the methylene chloride rule. He did not, so now it's up to Wheeler to do so, and we don't know whether he will.

CURWOOD: Now, what about the pesticides Mr. Pruitt sat on moving forward with some of the regulations – indeed, went against what some of the recommendations of his science panels had on some of these pesticides. What are the chemicals we're talking about here, and what might be happening with them now?

ERICKSON: That's correct. Chlorpyrifos is a big one that when Pruitt came on board, he decided to put that ban on hold. That was a proposal under the Obama administration, and so that's been sitting. There are lawsuits about that. This is a pretty nasty chemical. It affects children's nervous systems, neurodevelopmental effects in children. It affects pregnant women, it affects the unborn. It's used very widely.

CURWOOD: For what kind of things it is used for?

ERICKSON: Just about every crop out there. I believe it's your specialty crops, nuts and orchards, and there's a whole slew of vegetables that it's used on.

CURWOOD: So, I gather industry was not happy at the prospect of it perhaps not being able to be used or being highly restricted in its use.

ERICKSON: That's correct. This is a huge moneymaker for the chemical industry.

CURWOOD: What other pesticides should we be concerned about at this point?

ERICKSON: One that I'm very concerned about personally is a new herbicide on the market called dicamba. Now, this came out just last year. It was probably the first time it was widely used, but this year it's doubled the usage and we're starting to see a drift problem. So, it's not staying on the intended target, which is soybeans and cotton. These are genetically modified crops that are resistant to the herbicide. But when the herbicide drifts off the field into the neighbor's field, it will kill everything that has a broad leaf. So, I'm talking about vegetable gardens, grapes, orchards, peaches, any broad leaf landscaping plants. So, you can see the problem where you have residential areas next door to a soybean field, and you have this large amount of drift – which can go, what I hear, up to a mile under some conditions. We've got trees that are dying. We have maple trees that are dying. We have beautiful Mimosa trees that are dying. This is a huge problem all across the US. Missouri last year, there was a murder over this. 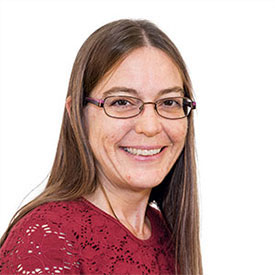 ERICKSON: A farmer went against his neighbor and shot him because his neighbor drifted herbicide on to his land. So, this is going to get ugly this year, I predict.

CURWOOD: Now, Scott Pruitt was, can we say, flamboyant. He came right as a bright light there in Washington. What's the reputation of Andrew Wheeler in terms of publicity and the prospect of a very visible scandal, do you think?

ERICKSON: Well, I think he's much more careful. I think he'll be following the law more carefully than Pruitt was doing, and he also has a lot of allies on Capitol Hill. Remember, he worked for Senator Inhofe, so he's got a lot of connections on the hill. He can make things happen. He has a charm about him that he can get along with both sides, so I think he will try to please the environmentalists much more so than Pruitt ever would want to do.

CURWOOD: So, tell me, what's the mood inside the Environmental Protection Agency after this transition?

ERICKSON: You know, that's a good question. I think the morale was so low when Pruitt was there. That's going to be very hard for Wheeler to rebuild morale. I think a lot of senior leadership has left, and they really need to start over basically. He's got a hard time ahead of him.

CURWOOD: To what extent might he garner more respect from folks who have spent their careers at the EPA compared to Mr Pruitt, do you think?

ERICKSON: Well, what I've heard is that he has a good ear. He's listening to the staff. He's actually coming around and talking to people, which Pruitt never did. So, he is asking people, what issues are you facing, and he seems to be genuinely concerned. So, that's a good sign.

CURWOOD: So, the senior scientists are – sounds like they're getting more respect from him at least on a personal level, but what are their concerns about the outcomes that might result from his leadership there?

ERICKSON: Well, looking at his background, I think there's some concern. He worked for the fossil fuel industry. There is concern that he will not move forward with any regulations against that industry. Things like the climate change rules, the CO2 emissions from power plants – we're likely to see no progress in that area. A lot of career staffers really believe in protecting the environment, and if you cannot do that under your leadership, it makes your job very difficult.

CURWOOD: Britt Erickson is a Senior Editor at Chemical & Engineering News. Thank you so much.

ERICKSON: Thank you for having me.

EcoWatch: “Dicamba Damage Roars Back for Third Season in a Row”

Listen to our previous story with Britt Erickson on TSCA