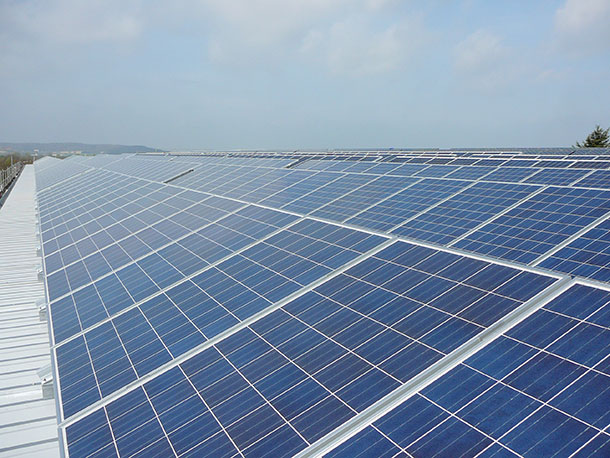 Solar panels and the clean energy movement go hand in hand, yet on average only 17 percent of the American population use them. (Photo: Christoffer Riemer – Own work, CC BY 3.0, Wikimedia Commons)

Peter Dykstra and Host Steve Curwood discuss the high rates of solar panel ownership among National Rifle Association members and the record temperatures that have scorched the Northern hemisphere. Later, they look back on the blight epidemic that nearly wiped out the American Chestnut tree in the early half of the 20th century, and share good news about this iconic species’ gradual comeback.

CURWOOD: Alright, let’s turn now to Peter Dykstra to look beyond the headlines. Peter’s an editor with Environmental Health News, that’s EHN.org and DailyClimate.org. He’s on the line now from Atlanta, Georgia, where, hey, it’s July, so it’s got to be hot down there?

DYKSTRA: Hi Steve. It’s actually a little bit cooler than we normally get here in July, but Atlanta’s an exception right now and in a minute, we’re going to talk about how hot it is in the rest of the northern hemisphere. Let me start with something that I found to be really surprising and I’m going to give you a little quiz. Can you tell me which well-heeled famous multi-million member American non-profit organization is showing surprising support among its members for buying solar panels?

CURWOOD: Let’s see, it has to be the National Wildlife Federation?

CURWOOD: Or the AARP? 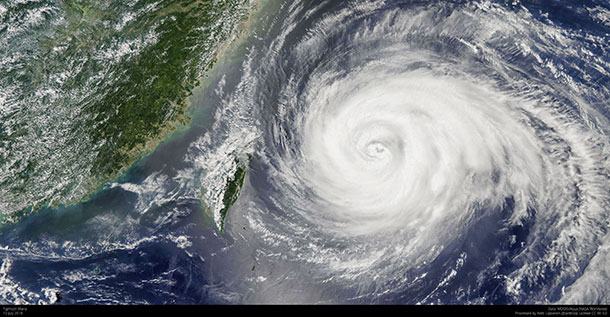 DYKSTRA: No, no, no to all. It is the National Rifle Association, the NRA, according to a small survey done by a group called Swytch. According to their telephone survey, 38 percent of the NRA members they talked to said they own solar panels. That compares to a 17 percent national average. It’s just about 2 to 1.

CURWOOD: Wow. So how does that support by NRA members translate when it comes to the ballot box, or issues regarding, you know, spending government money on clean energy?

DYKSTRA: I’d say that NRA members are still going to vote for who likes guns and who doesn’t like guns, and that doesn’t necessarily bode well for clean energy candidates. I thought it was a noticeable stat. Another one in this telephone survey from Swytch said that red states, the ones that supported Donald Trump in the election, the ones that tend to elect Republican members of Congress and senators, support federal help for clean energy for 77 percent. That almost ties the support from blue states, which is at 80 percent. So, it almost doesn’t matter whether you like Donald Trump or not – you tend to want to see solar energy and wind energy succeed.

CURWOOD: So, red states are going green energy, but, hey, what about the weather you mentioned earlier?

DYKSTRA: Like I said, we’re going to talk about absurd temperatures in almost all of the northern hemisphere. This past week there have been records set across the globe. 108 degrees in Armenia. An all-time record 127 degrees in a town in Iran. Canada, which never sees hot temperatures, is seeing a heat wave that’s caused dozens of deaths. Denver – 104 degrees, that’s unheard of. LA, 111 degrees. And the one that really knocked me off my chair: Scotland, where it’s never hot, was 92 degrees this past week.

CURWOOD: Yeah, that’s right. You go to Scotland and you got to bring a sweater with you. But, it’s not just heat that’s behaving in an extreme way right now, is it?

DYKSTRA: Right, there are extremes in the other direction as well, and climate scientists will tell you every time that one weather event does not a proving fact make for climate change, but there are so many of them right now. Atlantic hurricanes: we’re already on our third named storm in early July. That normally doesn’t happen until early August. In China, Typhoon Maria, a huge typhoon early in the season. And in Japan, there’s been tragedy – triple figure death tolls from unprecedently heavy rains.

CURWOOD: Hm. Ok, let’s take a look back in the history vaults.

DYKSTRA: We’ll go back to July, 1906, when the New York Botanical Garden published a paper on an emerging blight and epidemic fungus that was beginning to take out American chestnut trees. Now the chestnut was an iconic tree in the early days of our country. It covered forests all over the eastern half of the US, and it was a favored wood because it was durable and it made for good fencing. It made for good furniture and it particularly made for good log cabins back in the day when we were settling this country.

CURWOOD: So, the blight virtually wiped out the trees. But I sense there’s a but here. 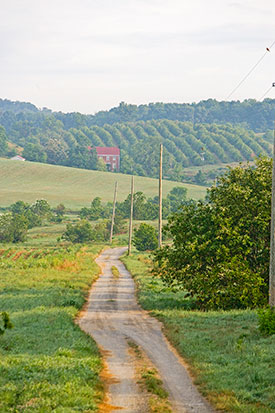 DYKSTRA: There is, if you pardon the expression, a big but, and that’s the American chestnut Tree was largely wiped out through the 20th century, but it may be on the way back. Through the American Chestnut Foundation working with various universities, they’ve been cross-breeding other species of chestnut tree – the Black chestnut, the Chinese chestnut – that are more resistant to chestnut blight, this fungus that’s wiped out American chestnuts. They’re seeing some results. It’s taken longer than they had hoped, but we may be witnessing one of the most spectacular comeback stories from a vanishing species than we’ve ever seen.

CURWOOD: Ah, indeed. That would be terrific. Thanks Peter. Peter Dykstra is with Environmental Health News, that’s EHN.org and DailyClimate.org. We’ll talk to you again real soon.

DYKSTRA: Alright Steve, thanks a lot. We’ll talk to you soon.


Think Progress: “NRA members more than twice as likely to have solar panels as other Americans"

EcoWatch: “Extreme Heat Wave in Quebec May Have Killed 70”