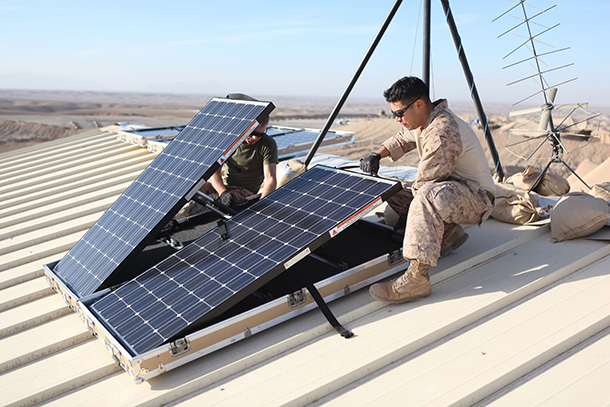 Deploying renewable energy helps the U.S. military function better, and saves the lives of soldiers, says Jim Goudreau, former Deputy Assistant Secretary of the Navy. He discusses with Host Steve Curwood how green technologies such as 'solar blankets' and hybrid vehicles have improved operations within the Marine Corps and the Navy.

CURWOOD: From PRI and the Jennifer and Ted Stanley Studios at the University of Massachusetts Boston, this is an encore edition of Living on Earth. I’m Steve Curwood.

Climate change is a huge threat multiplier for US military planners. And former Navy Captain Jim Goudreau assessed that threat as a supply corps officer and later as deputy assistant secretary of the Navy. He now heads the Climate group at Novartis.
Jim, welcome to Living on Earth!

GOUDREAU: Thank you very much, Steve. Pleasure to be here.

CURWOOD: So, first, brief us on why climate change has such an impact on national security.

CURWOOD: One need only think of Syria, I guess.

GOUDREAU: Absolutely. People that had been on the same land for generations weren't able to raise the crops they had been. They moved off that land into the city, an urban area which was already stressed for water, which was already incredibly dense from a population perspective and then put greater pressure into that existing ecosystem. Unfortunately, given competition for resources and if that becomes an issue for your survival, that becomes conflict, and all too frequently the US is involved in trying to help mediate that conflict or resolve that conflict, and so it changes where we operate and what conditions are. 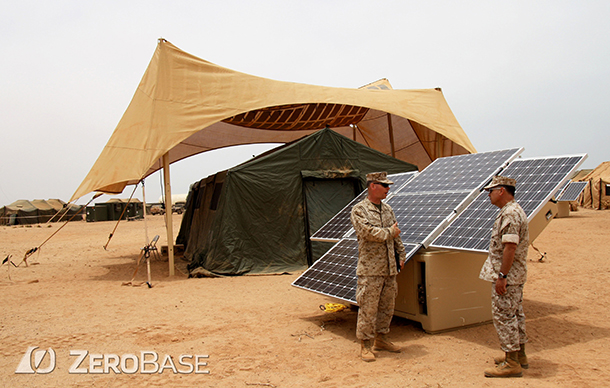 CURWOOD: Your background is in the supply corps. You’re someone who handles logistics. Tell me, what did that entail and how did that relate to energy efficiency and its relationship to climate?

GOUDREAU: At one point during my career, I handled the logistics support for all of the amphibious fleet for the US Navy in the 7th Fleet area. So, in practical terms that's from Hawaii to Pakistan and from Vladivostok down to the Antarctic. Trying to move fuel to all of those ships and all those Marines in a theater that large is incredibly complex. If everything goes perfectly well, it's a tough day to make things happen on schedule. If the slightest thing goes wrong then you miss replenishments. It impacts ship schedules, it impacts your ability to respond to natural disasters, to regional flare-ups -- and that really informed my concern on how can we perform better, how can we leverage the scarce resources in that type of environment and be better at the job that our nation charges us to do every day.

The US military burns over 1.25 billion gallons of fuel a year. The Department of Defense is the single largest consumer of fossil fuels in the US, and when you talk climate issues you can talk mitigation or adaptation. Every single gallon of fuel that we burn is carbon going into the atmosphere. That has an impact on the climate. That impact on the climate then drives operational tempo as we respond to more disasters as a result of weather events, as we respond to regional insecurity and instability which then, of course, drives greater fuel consumption, putting more carbon into the atmosphere. It just feeds into itself. And at some point, we've got to break that, and we've got to break our dependency on fossil fuels.

CURWOOD: Talk to me about the Marine Corps Experimental Forward Operating Base demonstrations where you integrated renewables for, what, there were three units -- I think -- involved in this. 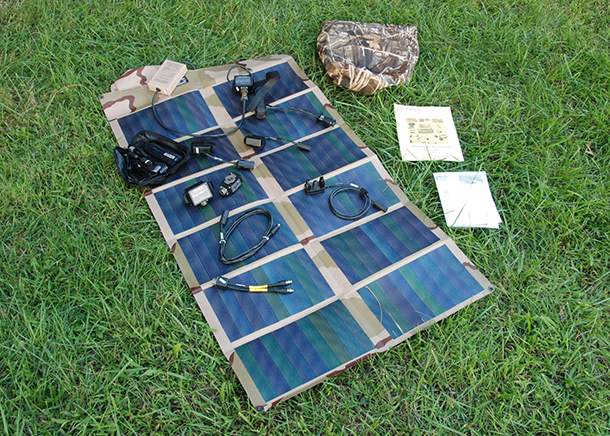 GOUDREAU: Absolutely. A couple years ago, the Marine Corps did a study, and for every 50 fuel convoys that moved in a theater, they had a casualty -- either wounded or killed. So, the Marine Corps tests gear in real circumstances with real Marines to see what can be used by them to drop their energy consumption, to reduce what has to be moved to them in the logistics convoys and to change, essentially, how they consume energy in the battle space. Those efforts led to equipment that was deployed in Afghanistan starting in 2010, and on two of their forward operating bases, the Marine Corps was able to completely reduce the need for fuel resupply. They took solar units, and they hooked up their computers, their radios, their artillery targeting software, all to solar arrays that had battery storage, and they were able to fight the fight on a daily basis without moving liquid fuel in. They also did that in another location and were able to reduce their fuel requirements by over 90 percent. In real terms, that means a young Marine didn't have to go into harm's way simply to move fuel to that forward operating base.

CURWOOD: So, what have you seen in terms of how renewables can improve operations?

GOUDREAU: Renewables themselves give, in the Marine Corps’ case, greater agility, greater speed, greater self-sufficiency. Marines don't really focus on environmental issues. They need to be lethal, and if you can tell a Marine that I'm going to give you gear that gives you a better chance of winning the battle and coming home, then they're all for it. An infantry Marine will carry about 120 pounds in their pack today when they go out on patrol. The Marine Corps in 2010 sent out flexible solar blankets, small blankets you could roll up, and rechargeable batteries for the equipment that they had in their pack and that they would use for the combat gear. And instead of putting 25 to 30 pounds of batteries into their pack, they were able use rechargeable batteries and solar blankets to execute their mission, which means as a young marine you're either lighter and faster and more agile, or you can put more ammunition into that pack and be more lethal during that mission, and give yourself a greater chance of coming home alive.

CURWOOD: And describe a solar blanket for me, would you please?

GOUDREAU: If you were to take a piece of canvas maybe two feet by two feet and put a very thin, flexible solar cell onto it, you can just roll that up and put it into your backpack. Or you can clip it onto the outside of your backpack and as you're walking along, you’re getting a charge from the sun. When you stop, you can lay that out and connect batteries and recharge those batteries. 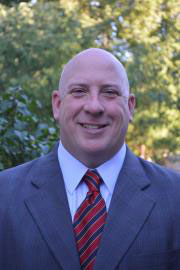 CURWOOD: Broadening that out now to the Pentagon's operations across our fighting forces -- how efficiently is our military working now, from an energy standpoint?

GOUDREAU: I think our military is more efficient now than they have been before, even though consumption has gone up. One thing to understand is that the equipment that we’re bringing to the fleet and bringing to the Marine Corps consumes more energy because we have more computers, more electronics, greater requirements from that equipment as they operate in a networked combat environment, but they’re more effective, the Navy and the Marine Corps are recognizing that the enemy knows that we need fuel and if they can interrupt that supply, then that gives them an advantage. Being able to install things like variable speed motors, pumps and drives, hybrid electric drives on board destroyers and to incentivize different behaviors on board a ship, are moving the Navy to where they can stay on station longer, and they can be more capable war fighters.

CURWOOD: Now, to what extent do you anticipate that the incoming Trump administration and the Secretary of Defense General Jim Mattis will embrace this approach?

GOUDREAU: Well, I certainly think that Secretary Mattis will do so. He, while he was in charge of theater in central command, made a very strong push with his troops to focus on operational energy -- to understand what they were consuming, what benefit they got operationally from it, and to try to reduce vulnerabilities by using less fuel. He understands the operational vulnerabilities that exist because of the fuel that we use, and I feel that he's going continue to look at developing capability that can make our Marines more agile and more lethal. He's a tremendously well-read and serious member of the profession of arms. He understands what's happened with forces in the past who have had energy challenges, and I think he'll be determined to prevent that from happening in the future.

CURWOOD: By the way, Jim, before you go, a number of government scientists feel that they are under assault by the incoming administration. How important is science to the military?

GOUDREAU: It's incredibly important. It's the foundation for our capability. It serves as a foundation for forecasting into the future. Just simply technology development. Nuclear propulsion...we wouldn't have the fleet and the capabilities that we have today if the government had not made significant investments in basic science, basic research and development, and then applied science and research and development. If we didn't invest in satellites, we wouldn't have the weather forecasting technology that we have today that's critical to safe operations at sea. We wouldn't have GPS, which is critical to operations all over the globe for the US military. So I would say that it serves as the foundation for our capability and will continue to serve as the foundation and absolute requirement for our continued operations.

CURWOOD: Jim Goudreau is a former Deputy Assistant Secretary of Navy and now Head of Climate at Novartis. Captain Goudreau, thank you so much for taking the time with us today.

GOUDREAU: Thank you so much, Steve.