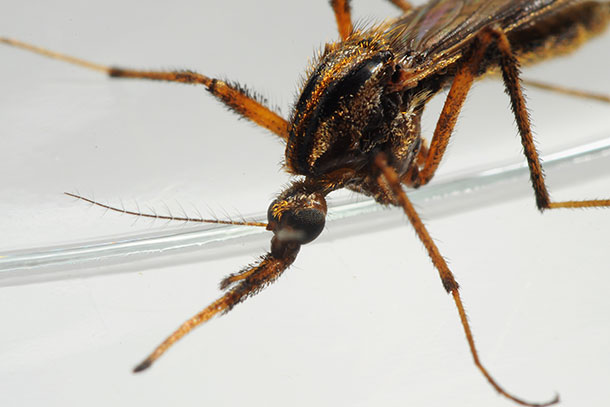 Peter Dykstra of Environmental Health News and Host Steve Curwood discuss the outbreak of gigantic, aggressive mosquitoes that erupted in North Carolina following Hurricane Florence. They also talk about the impact of endocrine disrupters such as BPA on declining human sperm counts before taking a trip through history to the start of the environmental justice movement in Warren County, North Carolina.

CURWOOD: Well, it’s time now to take a look behind the headlines, and we turn to Peter Dykstra. Peter’s an editor with Environmental Health News, that’s EHN.org, and DailyClimate.org. On the line now, from Atlanta, Georgia – what’s going on down there in Georgia, Peter?

DYKSTRA: Hi, Steve. Well, we’re going to talk about what’s going on a few states away in North Carolina. We’ve talked a lot about the aftermath of Hurricane Florence, just because there’s so much aftermath, and today we’re going to discuss gallinippers.

DYKSTRA: It’s a not-too-affectionate name for a particularly huge and ferocious mosquito species that turns up in the Middle Atlantic this time of year. They’re having a huge outbreak after the rains associated with Florence. Gallinippers give a more painful bite than other mosquitoes, they’re much bigger, and they can even drill down into cattle hides.

CURWOOD: Ew, ouch! Boy, I don’t know about that. So, what are they going to do?

DYKSTRA: Well, there’s been a bumper crop this year. The governor of North Carolina authorized 4 million dollars to combat the unusual mosquito outbreak, and, of course, that means the spraying of pesticides.

CURWOOD: Oh, great, so you get the choice of what? A bite that can go through cow hide, or getting exposed to something that could cause cancer? 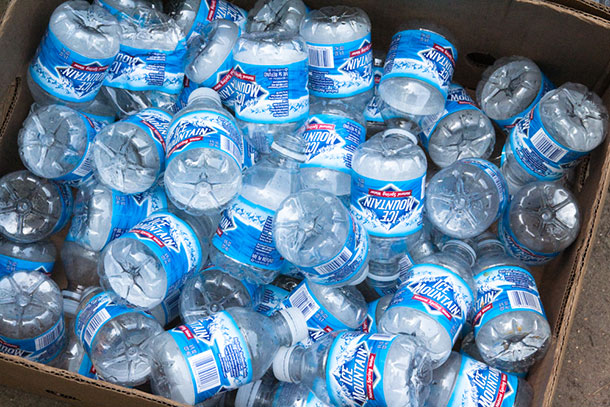 Declining sperm count – especially in industrialized nations – has been linked to endocrine disrupters such as Bisphenol A, commonly found in water bottles and the linings of canned food. (Photo: Steven Depolo, Flickr, CC BY 2.0)

CURWOOD: What else do you have for us today?

CURWOOD: So, what’s the reason here, what’s going on?

DYKSTRA: There are several potential causes. Obesity is one, lousy diets in the West…but there’s a particular focus on the use and dispersion of chemicals, particularly endocrine disrupters like BPA, Bisphenol A, the plastics additive.

DYKSTRA: Yeah, there’s one place that in one study, rated an exception. Nobody knows why, but for some reason, in New York City, a study said the sperm counts are not declining like they are in the rest of the Western world.

CURWOOD: Huh, what do you think New Yorkers are doing that’s different?

CURWOOD: Hey, what do you have for us from the history vaults this week?

DYKSTRA: October 1982, and let’s go back once more to North Carolina: the birth of the environmental justice movement. There was a month’s worth of marches and protests in Warren County, North Carolina. They were protesting a plan to site the state’s first hazardous waste dump. It’s a predominantly Black and poor county.

CURWOOD: So, what happened in that? Did North Carolina put the toxic waste dump there, or not? 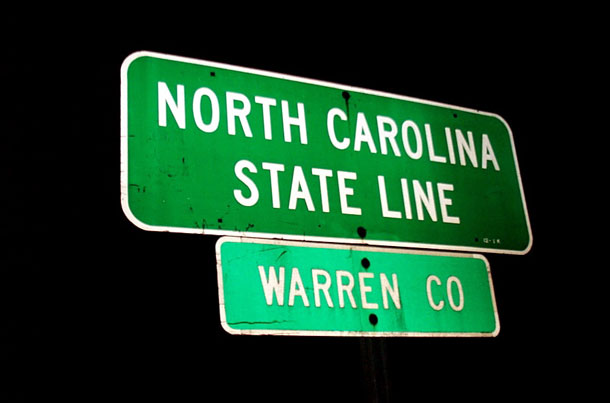 Warren County, North Carolina is regarded by many as the birthplace of the environmental justice movement in the United States, stemming from a series of protests of a proposed PCB landfill in October of 1982. (Photo: Taber Andrew Bain, Flickr, CC BY 2.0)

DYKSTRA: The protests came together with icons from the Civil Rights Movement from all over the country. One of those icons, Floyd McKissick, was from Warren County. They came together and began to realize that dumping on poor and minority communities across the country was commonplace. Governor Jim Hunt responded to the protests by cancelling plans for the toxic waste dump, Warren County became the first, the environmental justice movement was born.

CURWOOD: Thanks, Peter. Peter Dykstra is an editor with Environmental Health News, that’s EHN.org, and DailyClimate.org. Thanks so much, we’ll talk to you again next time.

DYKSTRA: All right, Steve, thanks, we’ll talk to you soon.

Vox | “Sperm Counts Are Falling. This Isn’t the Reproductive Apocalypse — Yet.”

Daily Mail | “Sperm Counts Are Plummeting Everywhere – Except in NYC”