Your Health And Fluoride 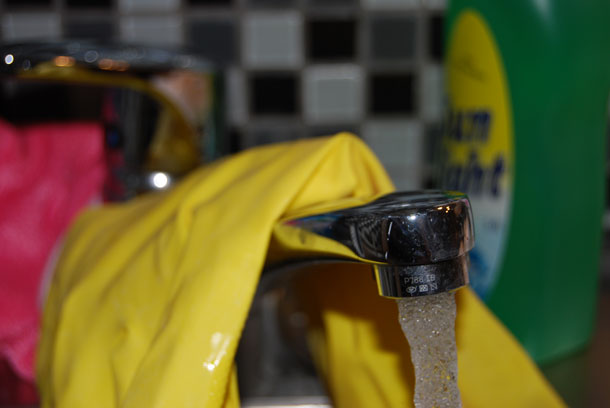 Most public water supplies in the United States add fluoride to reduce tooth decay, and the CDC calls water fluoridation one of the greatest public health achievements in the modern era. But recent studies show a correlation between drinking water containing fluoride and health problems such ADHD and hypothyroidism, which is linked to weight gain and fatigue. Brian Bienkowski, Editor of Environmental Health News, joins Host Steve Curwood to discuss these studies and their health implications.

CURWOOD: From PRI and the Jennifer and Ted Stanley Studios at the University of Massachusetts Boston this is Living on Earth. I’m Steve Curwood.

In the U.S., most of the public drinking water supply has fluoride, which is intended to prevent dental caries or cavities. The Centers for Disease Control and Prevention has called water fluoridation “one of 10 great public health achievements” in the 20th century, and the original research in the 1940’s was based on sodium fluoride. These days, though, the bulk of fluoride added to drinking water is in the form of silicofluorides, which are non-pharmaceutical byproducts of industrial processes that can corrode old pipes. And now a growing body of research associates fluoride added to drinking water with health risks, including ADHD and such thyroid problems as weight gain and fatigue.
Here to discuss the recent research and the health risks and benefits of fluoridated water is Brian Bienkowski, editor for Environmental Health News and The Daily Climate.
Brian, welcome back to Living on Earth!

BIENKOWSKI: Right. And it's an interesting debate because there is two points of public health pitted against one another. You have healthier teeth because of this, but also some of these links that are concerning. And I think the concern for many health researchers is that we are putting this in our water and we're not sure exactly what each person's exposure is. So your exposure living in a community water supply that receives fluoride may be different from mine. I live in the country, and I'm on a well, so there is no fluoride added to my water. So, we really have this widely varying exposure levels to fluoride for different people.

CURWOOD: So, usually, when it comes to talking about chemical exposure, we're looking to limit accidental contact. Of course, in this case, we're purposefully dosing ourselves with fluoride. Talk to me about some of the history behind having us add fluoride to our water supplies.

BIENKOWSKI: So, for decades now, we've been adding fluoride to some community water supplies in order to prevent tooth decay and cavities in teeth. It's been successful, and most public health associations don't dispute that. But there is growing concern that we're adding fluoride and without knowing exactly how much certain people are being exposed - because you may drink more water than I do, for example - but it has been considered a pretty big public health success to this point.

CURWOOD: So, what portion of the population of the United States would you say is exposed to fluoridated water at significant levels?

BIENKOWSKI: So, the most recent data from the Centers for Disease Control and Prevention has about 66 percent of the US population. That's about 75 percent of community water supplies are having fluoride added to it. And fluoride is naturally occurring in some water, but they put it at a level that they found protective of teeth.

CURWOOD: So, what are some of the health impacts that these studies are showing that are correlated with the ingestion of fluoride in water?

BIENKOWSKI: So, just this month, there were three studies published on the same day that found two different health impacts. So, one study looked at iodine deficiency in Canadian adults that had elevated fluoride levels, and found that if you had a lot of fluoride in your system, and iodine deficiency, you were more likely to have more thyroid stimulating hormones, which is suggestive of hypothyroidism, a suppressed thyroid gland. And then one study looked at pregnant mothers’ fluoride levels and ADHD symptoms in their offspring a couple years later, and found that children were more inattentive, had more symptoms of inattentiveness if their mothers had elevated fluoride during pregnancy. And then a separate study was just showing that if you live in an area that has fluoridated water, the pregnant women had two times the levels of fluoride in their urine compared to women who lived in areas that did not have fluoridated water. 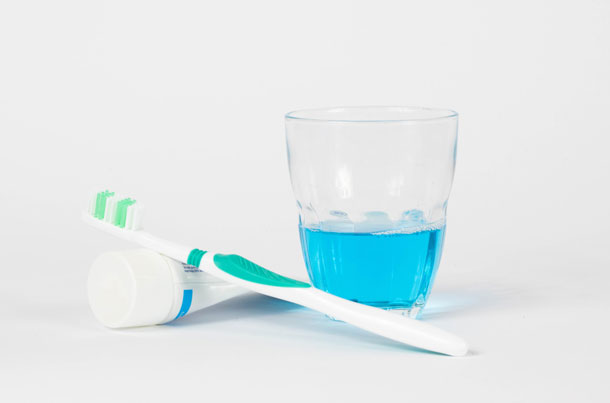 CURWOOD: And what about the scientists who conducted these studies? What do they say is significant about their results?

BIENKOWSKI: Well, specifically in the Canadian study, I mean, this was a massive study, looking at 7 million adults in Canada. 18 percent of those adults had iodine deficiency, so, we're talking a million and a half people at risk from higher fluoride in the water and iodine deficiency. So, that's a significant amount of people. And of course, the other study looking at children. Anytime you talk about children, potential developmental health impacts, children are just more susceptible to chemicals and chemical exposure when they're in the womb, and they're still developing as young, as young infants. So, that's definitely a concern.

CURWOOD: So, somebody listening to us might be using fluoride in the toothpaste at home, or mouthwash. How concerned should they be about that exposure to fluoride?

BIENKOWSKI: So, the good news is, Steve, most of the fluoride we're exposed to in mouthwash and toothpaste, we spit out, we don't ingest. Children, that's a little bit different. Studies have shown that children are a little more susceptible to maybe swallowing some of that toothpaste. So, maybe their exposure is a little higher. But really, the researchers I talked to are more concerned about the water because that's something we are purposely drinking, cooking with, and ingesting at much higher levels in anything you'd use in personal care products.

CURWOOD: How do you think these studies might impact the regulation of water fluoridation here in the United States?

BIENKOWSKI: Well, the American Dental Association has really drawn a line in the sand and said that fluoridation is a good thing. And you can't blame them, because they come from the standpoint of looking at people's teeth and oral care, and it's been a public health win for that. Whether or not the studies in particular will gain any traction or move the needle on this issue remains to be seen. But, I think there is a kind of a growing concern in the public health community. In all the researchers I spoke to, this was just another study in a line that they're trying to do to try to tease out any of these health impacts. So, you're going to see more of these studies coming out.

CURWOOD: Now, since water fluoridation does have a positive record in terms of helping to protect children's teeth from cavities, how do you balance the pros and cons of this issue?

BIENKOWSKI: I think the way to do that is to try to find these levels, which could be protective of teeth, but could also be put at a level that's not impacting people. I spoke to a dental health expert who took these studies very seriously and said, maybe the answer is certain communities that are disadvantaged and maybe don't have the opportunity to practice good oral care at home or don't have health insurance, maybe fluoridation is good for those communities. Whereas, other communities that have those benefits, maybe water fluoridation isn't a good idea there. So, I think it's just kind of taking a more nuanced view of how we put fluoride in the water and to what communities are served.

CURWOOD: Now, for a number of years, people who were opposed to having fluoride in the local drinking water supply were labeled as extremists. And there are political organizations to the right, for example, John Birch Society that were anti-fluoride. What about the politics of fluoride in drinking water? 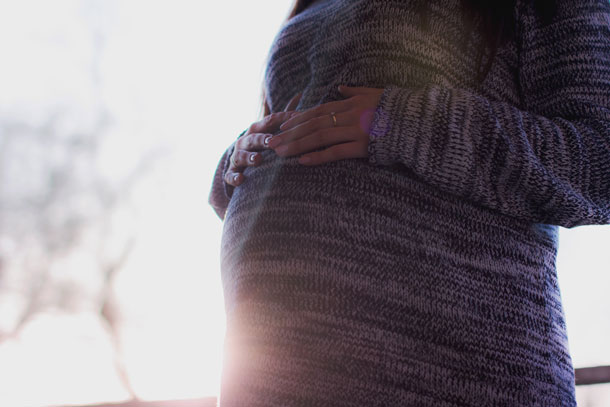 Mothers who had ingested higher amounts of fluoride during their pregnancies were more likely to have children with ADHD symptoms, a study in Mexico has found. (Photo: Fieldwork Inc., Flickr, Public Domain)

BIENKOWSKI: Well, I would say that some people were a little conspiracy driven in the early days saying that fluoride was a Communist plot. I think most of those theories have been debunked. I think what's most important to take from these new studies is that it's more nuanced than being pro- or anti-fluoride. This is a compound that is shown to affect the thyroid and there's no disagreement with that in the medical community. The disagreement is whether it's being put in our water at levels that's indeed doing that. So, I think that the best way to go forward here is to follow the science and have policymakers follow through on actually using the best available science.

CURWOOD: Brian Bienkowski is editor of Environmental Health News, that's EHN.org, and DailyClimate.org. Brian, thanks so much for taking the time with us today.


Environmental Health News: “We Add It to Drinking Water for Our Teeth — but Is Fluoride Hurting Us?”

The Canadian study on fluoride’s effects on thyroid function

The Mexican study on prenatal fluoride exposure and ADHD

Living on Earth’s most recent segment on water fluoridation