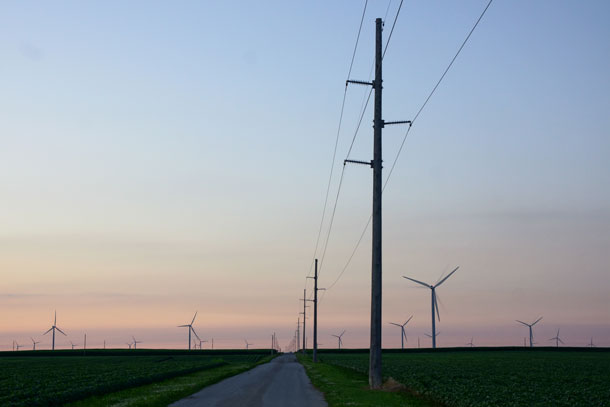 Good news all around in the fight against pollution in this week’s look beyond the headlines, as Peter Dykstra tells host Bobby Bascomb about a new plan to move the state of Indiana away from coal power and celebrates Scotland for generating much of its electricity from wind power. Finally, they look back at an environmental legacy law to protect the oceans signed into law by President Ronald Reagan.

BASCOMB: It’s time for a trip now beyond the headlines with Peter Dykstra. He’s editor of Environmental Health News -- that’s EHN.org, and DailyClimate.org. Hey there Peter, How’s it going?

DYKSTRA: It’s going well and guess what? I’ve got nothing but positive news this week.

BASCOMB: Alright bring it on! What do you have for us?

DYKSTRA: Northern Indiana Public Service -- the utility -- says that its ratepayers could save four billion dollars in cost if they retire two coal plants and replace them with a strategy that involves wind power, solar power, energy efficiency and conservation.

BASCOMB: Wow that’s huge in Indiana, they burn a lot of coal out there right? 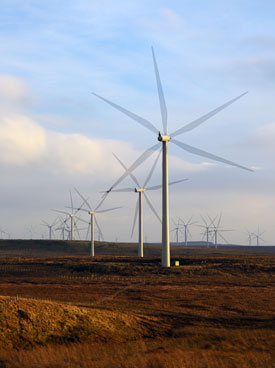 DYKSTRA: Right it’s one of the most coal-intensive states in the country in terms of electricity generation. 65 percent of the utility’s electricity currently comes from coal. They want to cut that to zero in about a decade.

BASCOMB: That’s a huge improvement then. What else do you have for us this week, some more good news?

DYKSTRA: More good news, if that’s okay; we could always use some more good news on this beat. 98 percent of Scotland’s electricity in the month of October came from wind power.

BASCOMB: Do they just have an exceptional amount of wind in Scotland or do they have some other tricks up their sleeve?

DYKSTRA: Well it’s windy, it’s good turf, they have a craggy, excessively long coastline so you can develop wind power both onshore and offshore. And you may remember we talked about one of their offshore developments a few years ago off the coast of the city of Aberdeen, where a rather famous man was very, very angry that -- from his golf resort -- he had to look out and see windmills.

BASCOMB: Mmhmm, I do remember that story. I think that might be our president, Donald Trump.

DYKSTRA: That would be Donald Trump and his Aberdeenshire Golf Resort. He was absolutely furious. Across the water in Ireland where he owns another golf resort, they wanted to build a seawall and they cited that global warming and rising sea level would be the reason they needed a seawall even though Trump very famously has said that global warming is a hoax. 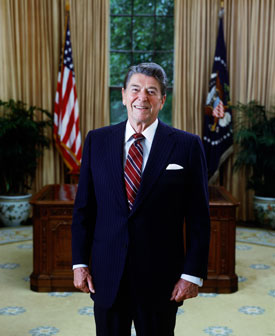 Ronald Reagan was president of the United States from 1981 to 1989. (Photo: Pete Souza [Public domain] via Wikimedia Commons)

BASCOMB: Oh the irony. Well, what do you have from the history books this week?

DYKSTRA: Thirty years ago, November 18th 1988, president Reagan signed the Ocean Dumping Act. It was a law that outlawed the dumping of garbage, sewage sludge, chemicals and even nuclear waste off our shores. And given his other kind of atrocious environmental things you should give Ronald Reagan some credit for signing that.

But let me give you two more quick notes before we go. A few weeks ago we talked about China rescinding a ban on the sale of rhino and tiger parts for traditional medicine. They was such an international uproar over China’s decision they’ve decided to back off, they’re going to keep the ban. And one more: A listener named Judy Lalani who updated me on some information I gave a few weeks ago. In talking about sports team nicknames for threatened and vanishing animals, I mentioned that the wolverine -- the Mascot for the University of Michigan, haven’t actually been spotted in Michigan since the 1800s. Judy tells us that in 2004 there was a sighting of a wolverine by some hunters. It was confirmed by the state wildlife agency. And that presumes that there are more wolverines out there. This sighting was about 90 miles north of Ann Arbor where the two-legged Wolverines play football and basketball and baseball and hockey and other things.

BASCOMB: Alright Peter, well thank you so much for all that good news this week.

BASCOMB: Peter’s and Editor with Environmental Health News, EHN.org and DailyClimate.org. To see more on these stories check out our website, LOE.org.