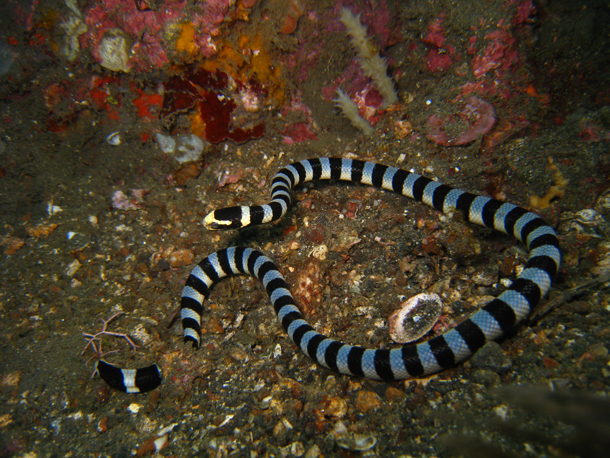 Just ahead, a look back at 2019 and ahead at this year with Peter Dykstra but first this note on emerging science from Don Lyman.

LYMAN: Sea snakes are primarily known to frequent relatively shallow tropical waters, like coral reefs, in the Indian and Pacific Oceans. But new data suggest they can actually dive much deeper than previously thought. A film crew in Australia recorded footage of two sea snakes diving roughly 800 feet deep, smashing the previous known record of just 436 feet. Researchers were surprised to find the salt water serpents so deep. They were thought to swim most often depths of about 160 and 300 feet. Both snakes appeared to be the same species, it looked like they were hunting for food, poking their heads into burrows in the sand. But researchers aren’t sure what kind of fish the snakes were looking for, or how the snakes might locate their prey in the dim light of the mesopelagic or “twilight zone”, as these depths are called. 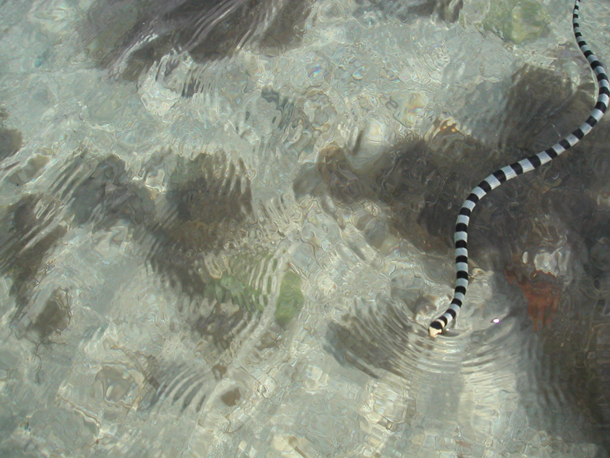 Before, the deepest that scientists had seen a sea snake dive was 435 feet. (Photo: Alex Halavais, Flickr, CC BY-NC 2.0)

Researchers have known for some time that sea snakes can cope with diving sickness known as the bends, which is caused by gas bubbles forming in the blood, by using gas exchanges in their skin. But they never suspected that that ability would allow sea snakes to dive so deep. Scientists say these record setting dives raise new questions about the biology and behavior of sea snakes. That’s this week’s note on emerging science. I’m Don Lyman.