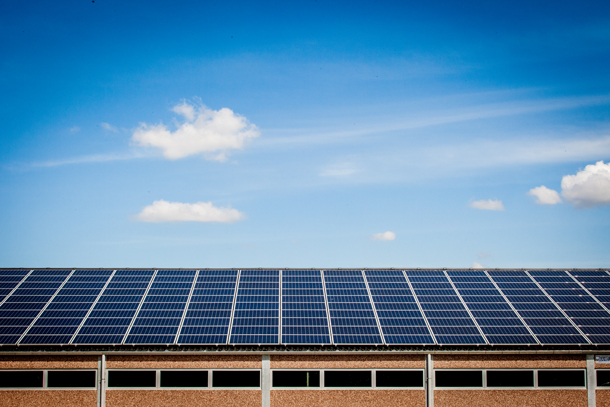 Solar panels are one of the most prominent forms of generating clean energy. (Photo: Pieter Morlion, Flickr, CC BY-NC-ND 2.0)

In the face of the climate crisis, the House Energy and Commerce Committee released a draft of the CLEAN Future Act, a plan to put the United States on track for net-zero greenhouse gas emissions by 2050. Congressman Paul Tonko of New York’s 20th District joins Bobby Bascomb to discuss how the act seeks to leverage public and private dollars to drive electrification of the transportation sector, decarbonization of the electricity grid, green jobs growth and more.

BASCOMB: From PRX and the Jennifer and Ted Stanley Studios at the University of Massachusetts Boston, this is Living on Earth. I’m Bobby Bascomb in for Steve Curwood.

The House Energy and Commerce Committee recently unveiled the CLEAN Future Act, a plan to tackle climate change. It translates many of the ideas laid out by the Green New Deal into specific policies. The overarching goal is for the United States economy to reach net-zero greenhouse gas emissions by 2050. Highlights include a national climate bank that would channel public and private funds for green investments, especially in communities disproportionately impacted by climate change and pollution. Also a "Buy Clean" initiative would encourage more sustainability in federal work projects. Congressman Paul Tonko is a Democrat representing New York’s 20th district.
He chairs the Subcommittee on Environment and Climate Change within Energy and Commerce and has worked closely on the draft legislation. Congressman Tonko, Welcome to Living on Earth!

TONKO: It's my pleasure to join you.

BASCOMB: Now, I understand the CLEAN Future Act is still being worked on. But it's already over 600 pages, and we'll unpack a few of the specifics. But broadly, what does this bill intend to cover?

TONKO: Well, it basically is a very strong response to the climate crisis. This is a bold, innovative draft, to put Congress in the position to advance comprehensive climate action at the earliest opportunity.

BASCOMB: Well, let's talk about a few of the specifics here. Our largest source of emissions as a country, close to 30%, comes from the transportation sector. How do you intend to bring that number down?

BASCOMB: Well, if you want to electrify the transportation sector and our electricity comes from coal, that doesn't do much good in terms of emissions. Can you tell me what your plan is to make our electricity generation more, more green?

TONKO: Sure, in the energy generation sector, if we're going to electrify the transportation sector, of course, we want that to grow cleaner. So every effort is made to put competition in play with the pollution that comes and so the standards that we develop, the opportunities we offer for a competitive federalism, so to speak, enables these energy generating players to buy into the concepts of responding to the 2050 goals. So that will develop, I believe, more reliance on renewables, more reliance on energy efficiency and on innovation. I think we will see the the market shift accordingly. We have state climate plan initiatives that are part of our package so that it fosters cooperative partnerships between the federal government and the states, or compact of states, to ensure that each state or region will achieve those national climate targets. It will direct the EPA to develop a menu of policies, which states can implement, and it also includes a federal backstop to ensure that our emission reductions in the states is going to be targeted in a way that they will have to respond with an approvable plan if they're missing those targets.

BASCOMB: Now, it seems that whenever this idea of reining in emissions comes up, there's always a knee-jerk reaction from some to say, "Oh, no, we can't do that. It's going to destroy our economy." How do you respond to that sentiment, and what provisions do you have here to soften the blow for businesses and industries that might be impacted? 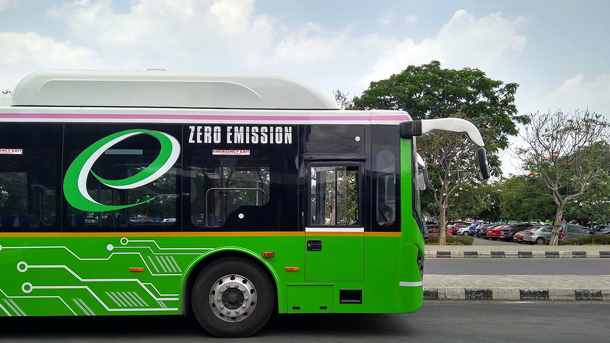 TONKO: Right, there will be targeted assistance that we can provide with our policies. I would also argue that there will be many, many jobs created not yet on the radar screen that will enable the economy to grow. And certainly, the investment in technology and innovation in research is important. I believe that there is a global effort going on as we speak, that is compelling for us to be involved. And basically, overall, the mantra here is like the cost of inaction overwhelms, I believe, the cost of taking action here.

BASCOMB: Now, Congress has tried and failed before to address climate change, most notably with the Waxman-Markey bill in 2009 that passed the House, only to die before it ever even reached the Senate floor. What makes this bill different?

TONKO: Well, I think a lot has changed in 10 years. The Waxman-Markey bill was a major effort that, as you cite, was approved by the House. But you know, the cost of renewables has dropped significantly, well beyond what they had forecasted. The economy is much stronger. You know, we were at the, in the shadows of a recession, and the Obama administration led that march upward, and so I think now we have a better economy. The general public has bought, has accepted this concept. It's no longer simply about polar bears; that matter. But it's a backyard issue. You know, flooding in Nebraska, record rises of the Mississippi, wildfires in the Southwest, people watching the news and seeing international flooding like never before. They have now come to understand that there is something to this climate concept, and the climate crisis is real. So we believe that there is great opportunity here to get favorable response to solving the climate crisis.

BASCOMB: And yet, you know, sitting in the White House, we have a President who has called climate change a hoax. How likely is it that he would sign off on this kind of legislation, or are you may be hoping to run out the clock and next year have a President who's more willing to work on this issue?

TONKO: We are not going to let a climate denier that calls climate crisis a hoax, sitting in the White House, be a factor for us to slow down. In fact, we have used this time while the denier is in the office to build a package, and now have people respond to that package. So we're not wasting any time because there is no time that we can waste with this crisis. And when there is acceptance in the Executive Branch, we'll be able to roll forward.

BASCOMB: And what kind of reception are you receiving from your Republican colleagues?

TONKO: Well, you know, people are looking at the bill. It's new, it's thick and bulky and voluminous. But what we have here is a proposal that even includes a number of Republican proposals that are in our package, including efforts for energy efficiency, funding for carbon capture and the like. So we're just actually working with individuals out there and aggressively moving forward and asking people for their input. Many hearings have been held to get us to this point and I'm certain many hearings will be held to fine-tune our package.

BASCOMB: Congressman Paul Tonko represents New York's 20th District and is Chair of the Subcommittee on Environment and Climate Change. Thank you so much, Congressman Tonko, for taking this time with me.

TONKO: It has been my pleasure and I appreciate the interest you have shown.