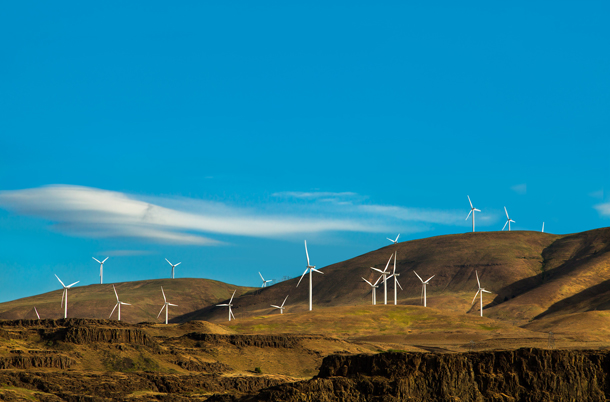 The Trump Administration is under review by a House oversight panel for withholding funds that Congress designated for clean energy projects. Arjun Krishnaswami, Policy Analyst at the Natural Resource Defense Council, joins Host Bobby Bascomb to discuss the clean energy programs that the money was meant to be spent on.

BASCOMB: From PRX and the Jennifer and Ted Stanley Studios at the University of Massachusetts Boston, this is Living on Earth. I’m Bobby Bascomb, in for Steve Curwood.

The Trump administration recently released its 2021 budget proposal. It promotes oil and gas development including 188 million dollars for mapping the ocean floor, a precursor to offshore mining and oil exploration. On the chopping block are dozens of environmental programs and agencies. The Environmental Protection Agency would lose more than a quarter of its budget and slash staff to its lowest level in thirty years. And the National Park Service, The Endangered Species Act, and the Fish and Wildlife Service would all lose millions from their programming budgets. But one of the steepest cuts is reserved for the Department of Energy’s Energy Efficiency and Renewable Energy office. Nearly three quarters of their budget would be eliminated. The EERE as it’s known, was recently the focus of a hearing in front of a House oversight panel after it was revealed that the DOE has failed to spend more than 800 million dollars that Congress appropriated for Energy Efficiency and Renewable Energy. For more I’m joined now by Arjun Krishnaswami. He’s a Policy Analyst at the Natural Resources Defense Council who testified at the recent house committee hearing. Arjun, welcome to Living on Earth.

KRISHNASWAMI: Hi, thank you so much for having me.

BASCOMB: So tell me about the Office of Energy Efficiency and Renewable Energy within the DOE. What is it and what does it do exactly?

KRISHNASWAMI: It’s a great question. The Department of Energy is the largest public funder of clean energy research and development. Within DOE, the Office of Energy Efficiency and Renewable Energy, or EERE, is the principal office that's focused on renewable energy, clean transportation, and energy efficiency. So the office covers technologies that range from solar panels and wind turbines to clean manufacturing of industrial products and electric vehicle technologies. EERE gives out grants to researchers, businesses, nonprofits, local organizations to advance these technologies and bring their benefits to more people.

BASCOMB: The Office of Energy Efficiency and Renewable Energy has a surplus of about 823 million dollars that hasn't been spent. How big of a portion is that of their budget? I mean, I've heard the government say that this is just natural. Sometimes you can't spend all the money in time and nothing to worry about here.

KRISHNASWAMI: So that 820 or so million dollars is the largest carryover balance in the, in the past 10 years, for context; it's a really large sum of money. And it's about one-third of the office's annual budget, but to really put it into perspective, the department spends about 100 million dollars per year on wind energy technologies. So this carryover balance is eight times the annual budget that DOE spends on developing wind technologies. In a similar vein, the department spends about $200, $250 million dollars on solar. So this is three to four times the annual budget for solar energy. So Congress has given the agency money to do this clean energy innovation work over the last several years and what this really large sum of money means is that the agency is leaving the year having not spent a significant portion of the last several years of appropriated funds, which is both not doing what Congress has asked it to do, but also delaying these really impactful funds from getting to researchers and businesses and to people using clean energy. 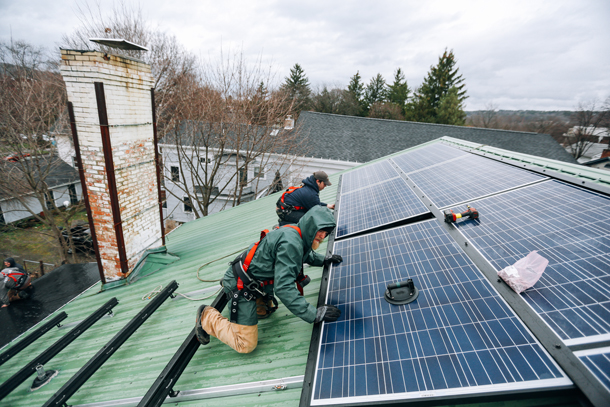 The office of Energy Efficiency and Renewable Energy is responsible for grants which have led to LED lightbulb proliferation and advances in solar panel technology. (Photo: Renovus Solar, Flickr, CC BY 2.0)

BASCOMB: Can you give us some specific examples of things that that money was meant to be spent on?

KRISHNASWAMI: Things like grants to solar businesses that are improving the chemistry of solar panels, or companies that are making the next generation of battery technologies that can help our grid operate smoothly and effectively. Things like grants to local governments that are helping more people take advantage of solar on top of their homes, these sorts of projects that are really beneficial to people, but only when the money actually flows to the companies and organizations to do that work.

BASCOMB: And so why hasn't the money flowed to those companies and organizations? What's the, what's the holdup?

KRISHNASWAMI: The agency has been putting out money more slowly than it has in the past and has been announcing funds later in the year and then also actually choosing companies or, or researchers to award that money even later in the year or after the fiscal year has ended. So we can't say exactly what intention is behind those delays. But what we do see is that the administration is simultaneously proposing to cancel these programs. And then we see the delays happening as in the data for the actual operation of the funds.

BASCOMB: Now, one of the explanations that I've read from the Department of Energy for this delay is that they just don't have the staff to administer it fully. What do you make of that, that explanation?

KRISHNASWAMI: While the budget for these programs has increased over the last three years, staffing levels have actually gone down. If the agency had maintained the same ratio of staff to funding as it had in 2017 when the administration changed, then EERE you would have 400 more employees, which is almost double what it currently has on staff now. So staffing is certainly an issue. It takes a lot of work to spend the money that Congress is giving the agency but what EERE needs to be doing is actually hiring more people to solve that problem, whereas what we're seeing is that they're hiring fewer as people leave.

BASCOMB: And I understand that the House Committee on Science, Space, and Technology has held a hearing on this in which you testified, how are the Democrats responding to this change in how the money is allocated?

KRISHNASWAMI: We're really happy that they had this hearing, because what's happening is that for the last three years, a bipartisan Congress has supported these programs, in part because they're so successful. For every dollar invested in EERE, the public gains $33 in benefits, so you can see why there's bipartisan support in Congress for these programs. But even though Congress has increased the budget every year, for the last three years, the administration has still seemed to delay funds or not fully spend all of the money that Congress has given it. So in addition to the spending bill, which Congress uses to support the programs, we also need Congress to oversee the, the agency and make sure that it's actually doing what Congress has asked of it.

BASCOMB: And back in 2017, I understand that the government office of accountability found that the same department withheld about $91 million meant to be spent on advanced research into renewable energy projects. It sort of seems like a pattern.

KRISHNASWAMI: That incident, when ARPA-E withheld that money from actually being issued, that was the first of a series of incidents of delays in DOE spending. And that actually, when that happened, we at NRDC decided that we needed to start tracking when the government, when the Department of Energy was putting out funding to make sure that incidents like that didn't happen again. And we found in 2018, and in 2019, that there were again delays in spending from DOE.

BASCOMB: And ARPA-E of course, is the Department of Energy's Advanced Research Projects Agency-Energy, kind of a mouthful, you can see why they have an acronym. How important is that?

KRISHNASWAMI: ARPA-E is a very impactful program. The role it serves is to fund potentially game-changing clean energy technologies that aren't supported either by other parts of the Department of Energy, or by the private sector. It has been really under siege by the administration, who has tried to cancel it out every year since taking office.

BASCOMB: Well, what are some of the potential consequences if this money never makes it into the hands of grant recipients at this point? 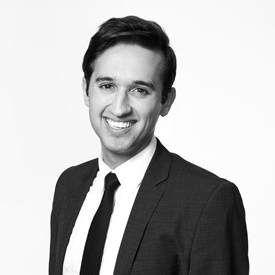 Arjun Krishnaswami is an analyst with the Natural Resource Defense Council’s Climate and Clean Energy program (Photo: Courtesy of the NRDC)

KRISHNASWAMI: Every time that the department energy delays operating these programs, it means a delay in the economic benefits of investment in clean energy, but it also means a delay in addressing the climate crisis that we're facing, which is very urgent and requires us to be putting all of the resources we have into solving it.

BASCOMB: Well, are there any promising signs for transitioning to renewable energy or energy efficiency improving across the federal government and the nation more broadly?

KRISHNASWAMI: There are certainly, certainly signs for hope. One of them is that the costs of wind and solar energy are now lower than conventional fossil fuel fired resources in most places across the country; we have very low cost LED light bulbs that are highly efficient and saving Americans energy and money; electric vehicles have come down in cost enormously thanks in part to these Department of Energy programs. So there are signs of really important progress in clean energy technologies. But we have so much more to do. We need to continue to invest in in the next generation of technologies, but we also need the transformative policies at the federal level, state level and the local level to really accelerate the transition to clean energy.

BASCOMB: Arjun Krishnaswami is the Policy Analyst at the Natural Resources Defense Council. Thank you so much for taking this time with me.

KRISHNASWAMI: Thank you so much for having me.


Click here to watch testimony from the recent hearing