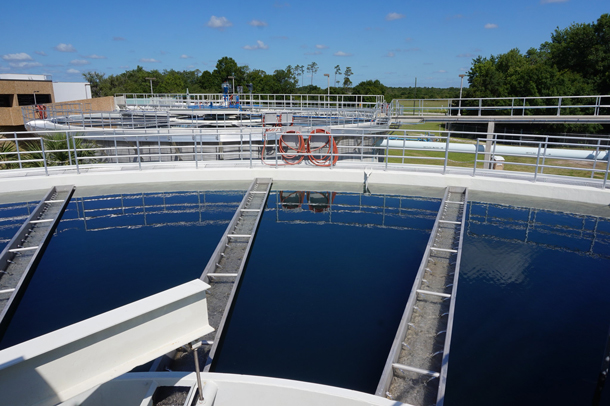 New research from the Environmental Working Group has found toxic PFAS chemicals, also known as forever chemicals, in the drinking water of dozens of US cities. These chemicals are linked to a host of human health concerns and scientists worry that PFAS chemicals are likely now in all major water supplies, especially those that pull from surface water. David Andrews is a Senior Scientist with the Environmental Working Group and co-author of this study, and he joins us now for more. David, welcome to Living on Earth!

ANDREWS: Pleasure to be here today.

BASCOMB: So, briefly tell me, what's in this report from the Environmental Working Group?

ANDREWS: So what we did is we actually went out and took water samples from 44 different places. And what we were looking for was PFAS chemicals. And what we found is that it's nearly impossible to avoid this contamination. In major metropolitan cities across the United States, pretty much every single sample we tested had these compounds except one in Mississippi that was actually drawing water from over 700 feet below the surface of the earth.

BASCOMB: Oh, wow. Can you just remind us what exactly are PFAS chemicals? And where are they coming from?

ANDREWS: So, PFAS chemicals are nonstick chemicals. They are traditionally used in Teflon products, Scotchgard products, they're used on upholstery. And then they also found widespread use in firefighting foam, and that's actually been one of the larger sources of environmental contamination because of testing this foam at airports and fire station training locations.

BASCOMB: And you mentioned that there was just one place that didn't have PFAS chemicals in their water in Mississippi and it was coming from deep groundwater. Does that indicate then that the soil is able to filter out these chemicals? 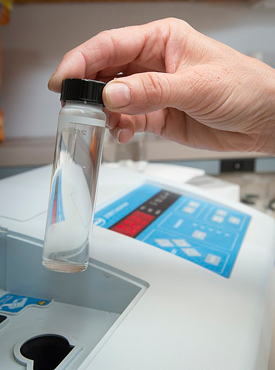 The Environmental Working Group tested dozens of sites and found PFAS chemicals in all but one. (Photo: Lance Cheung/Photographer/USDA photo by Lance Cheung, Public Domain)

ANDREWS: Potentially to a certain extent, or it's just a matter of time before some of this contaminated water percolates down. But one thing that's consistent across this entire family of chemicals is that they do not break apart in the environment. They're often referred to as "forever chemicals" because of this incredible persistence. That's part of what's so concerning about these industrial chemicals is they just kind of spread out. They can contaminate water supplies, and concerningly, can build up to levels in people and animals to a point that can cause significant health harms.

BASCOMB: Well, what are the potential health impacts of exposure to PFAS chemicals?

ANDREWS: So, at very low concentration, some of the emerging concerns from recent research are impacts on our immune system. So this actually reduces the effectiveness of vaccines, it can make you more susceptible to developing illnesses during your lifetime. They also impact mammary gland development, so the reproduction development during early childhood. They've been shown to increase cholesterol levels across the population. And this is even at concentrations that are already present in the US population. And then they're also associated with a number of different types of cancer.

BASCOMB: If PFAS chemicals are so ubiquitous in the water supply, is it safe to assume that most of us have them in our bodies already?

ANDREWS: So the CDC, Center for Disease Control, has been doing testing for about a decade now. And they find these chemicals in nearly every single person; over 99% of the population has these chemicals in their blood. And as I mentioned earlier, they're at levels that already seem to be having an impact.

BASCOMB: So, what can we do to limit the amount of these PFAS chemicals that are making their way into the environment to begin with?

ANDREWS: The most important step is to really identify where the contamination is, find out where it's coming from, and take steps to end that ongoing release to the environment. But also, I think the fact that these chemicals are so ubiquitous really points to a failure of industrial chemical regulation. And in the fact that these companies, they actually had studies showing harm and kept them secret for long periods of time before anyone found out. And so I think that really points to the need for greater oversight and greater scrutiny to the chemicals that are replacing these contaminants we detected. Over 600 have been produced in industrial quantities in the last decade. And yet we only have detailed health information for a handful of those at most, but the information we do have is incredibly concerning for all of them, including the replacement ones, including ones that are being produced today and still being released into the environment. 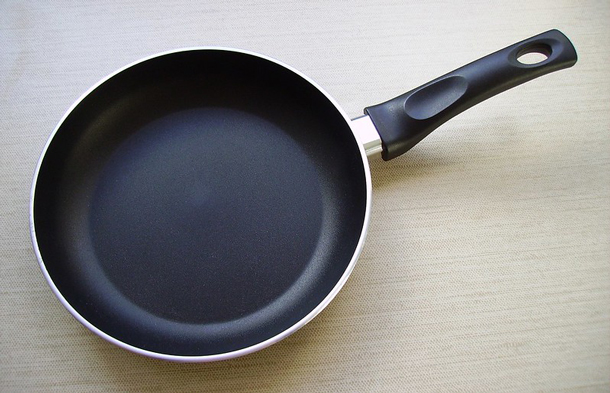 BASCOMB: Wow. You're saying that there's more than 600 of these types of chemicals. We only have health information on a handful of them, but the information we do have is pretty damning in terms of the impacts on human health. I mean, that seems rather shocking that we're not, you know, exercising more precaution.

ANDREWS: And the scope of the problem is enormous. And I think that's why this study has gotten so much attention is because we're actually showing that these contaminants are much more widespread than previously known. Many of these cities previously reported that they didn't find these chemicals when they tested, but they were looking at much higher concentrations. And so, when you look with more detailed methodology, you really find out how many water systems have these compounds. And one of the shocking pieces of information is that it's not just one or two of these chemicals. On average, we found six or seven different chemicals in this family in every single water supply.

BASCOMB: And once it’s there, it's there. I mean, is there anything to do to mitigate that exposure, or to remove it in some way?

ANDREWS: So, there are filtration systems that can remove these contaminants from water. So there is a solution on that regard. It just becomes very expensive. And ultimately, we think the polluters, the companies that produced and released these chemicals into the environment, should be held responsible and accountable for paying those costs. We believe that every American has the right to safe and clean drinking water. 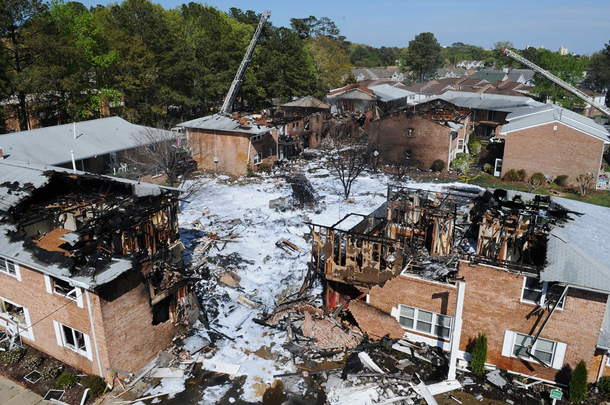 BASCOMB: If somebody is listening and may be concerned about the quality of their own drinking water, what should they do at this point?

ANDREWS: At this point, we think people should become aware of the issue. If they're concerned about the levels in their drinking water, they should really be questioning their water utility, the state, and the federal government and really requesting greater oversight and enforceable legal limits for these contaminants in drinking water. That's something that hasn't happened at the federal level. We have not seen any new drinking water regulations from the federal EPA in over two decades. And so the potential for regulation of any of these chemicals is relatively low, but many states are actually stepping up and setting much more health protective standards.

BASCOMB: Now, I understand that the House of Representatives recently passed the PFAS Action Act. What would that do in terms of regulating these chemicals and protecting human health?

ANDREWS: So, the PFAS Action Act would go much further in terms of designating these chemicals as hazardous substances, forcing clean up, forcing the Environmental Protection Agency to set a legal standard for at least some of these contaminants. So it takes a number of important steps that are really critical to ensure clean up, especially of military bases across the country.

BASCOMB: And now it has to go to the Senate to get passed there. Do you have any sense of what the odds are that it will get any traction in the Senate?

ANDREWS: Well, I think it's important to realize that safe drinking water is something that really goes across the aisle. You know, I don't want to make a prediction on what may or may not happen in the Senate based on the political environment in DC. But this is an issue that has broad both Democratic and Republican support.

BASCOMB: David Andrews is a Senior Scientist with Environmental Working Group and co-author of the recent study. David, thank you so much for taking this time with me.

ANDREWS: It was great to speak with you today.