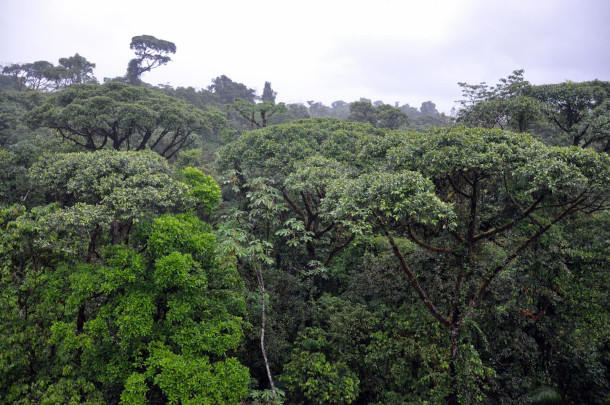 This week, Environmental Health News weekend editor Peter Dykstra talks with Host Steve Curwood about how Costa Rica brought its forests back to life with aggressive measures to protect public lands, and incentives for landowners to convert from logging to participating in ecotourism. They also discuss how California is urging Uber, Lyft, and other rideshare companies to significantly decrease greenhouse gas emissions by transitioning to mostly electric cars by 2030. In environmental history, Peter explains McDonalds’ 1990 agreement with the Environmental Defense Fund to stop using Styrofoam packaging for its burgers.

CURWOOD: It's Living on Earth, I'm Steve Curwood. And now it's time to take a look beyond the headlines with Peter Dykstra. Peter is an editor with Environmental Health News. That's ehn.org and dailyclimate.org. On the line now from Atlanta, Georgia - hi there, Peter. What's going on?

DYKSTRA: Hi, Steve. You ready for little good news amidst all the bad news we always seem to have on this beat?

CURWOOD: Oh, you better believe it. What do you got for us today?

DYKSTRA: A little story from my alma mater, cnn.com, about how Costa Rica regrew its lost forest. Costa Rica, like just about any nation in the tropics, saw heavy duty logging. In this case, it began in Costa Rica after World War II, continued into the 1970s by which time Costa Rica had lost half its forests. But in the 1980s, Óscar Arias, who later won the Nobel Peace Prize, took over as President, and under Arias, Costa Rica began an aggressive campaign to cast itself as eco-minded. They reversed the damage, supplanting the lost income of logging with income from ecotourism.

CURWOOD: So how exactly did they do this?

DYKSTRA: They did this by showing landowners that the logging money was a one time benefit, whereas ecotourism dollars would come back year after year after year. And also on federally owned lands, Costa Rica became one of the best creators and managers of national parks, both along its beautiful beaches and inland in the rainforests. And the forests have bounced back spectacularly.

CURWOOD: So, Peter, to what extent could other countries around the world emulate what Costa Rica has done?

DYKSTRA: I think other countries have to emulate the stopping of logging of their forests. They won't all see the same benefit from ecotourism because that dollar can't be sliced 100 different ways, but they will certainly get the benefit of seeing their land not turn to almost nothing when grazing land is exhausted, and the trees can't grow back quickly either.

CURWOOD: And not to mention the benefit for climate stability as well. Hey, what else do you have for us today? 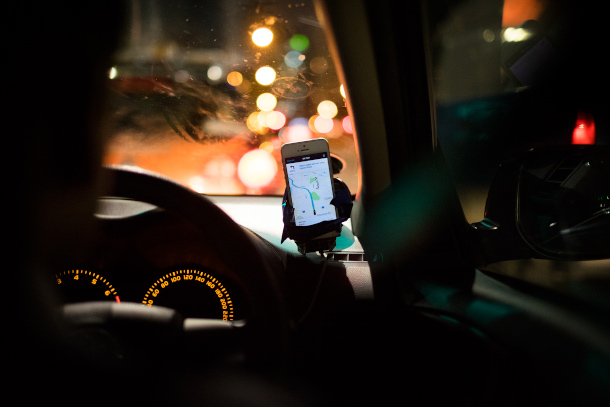 DYKSTRA: A story from California that may also be good news. It involves regulation which some people hate, but the potentially regulated don't seem to mind. Uber and Lyft, growing in popularity, showing signs that they're not just a passing fad, they're here to stay, but they're also largely unregulated in terms of greenhouse gas emissions. Only 1% of California's vehicles for hire are estimated to be electric vehicles. California wants them to be two thirds almost of their rides from electronic vehicles in only a decade, by the year 2030.

CURWOOD: So, how's this going to happen? As I understand it, if you drive for Lyft or Uber, you have to buy your own car.

DYKSTRA: You have to buy your own car - in some cases, rent your own car. Some Uber and Lyft drivers are using rentals, they find that more cost effective, but they're hoping that in 10 years there will be enough of a market and enough profitability in electric vehicles. Lyft has already endorsed the idea. Uber says they're open to further discussions. 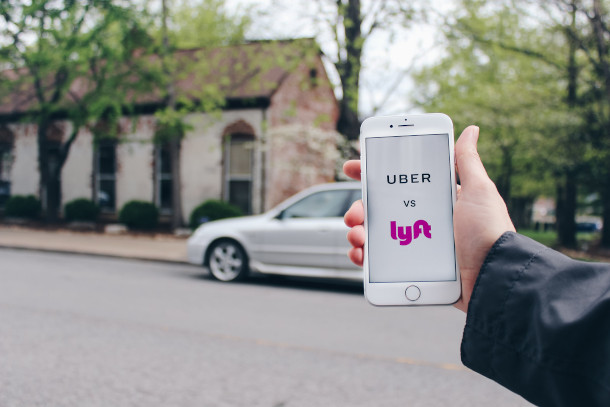 Lyft has agreed to the proposed regulation to limit air pollution in California, while Uber says it is open to discussion. (Photo: Stock Catalog, Flickr, CC BY 2.0)

CURWOOD: Okay, Peter. It's time for us to take a look back in history. What do you see?

DYKSTRA: It's a monumental 30th anniversary. August 1, 1990 was the day that McDonald's, the world's largest purveyor of fast food, and the Environmental Defense Fund came to an agreement that among other things, would drop polystyrene packaging, those legendary clamshell boxes for burgers from their menu, and it was a major breakthrough, but McDonald's didn't completely drop all of their polystyrene Styrofoam packaging until the year 2018.

CURWOOD: So is this greenwashing, Peter? Was this more for optics or what practical effect has it had on pollution from this?

DYKSTRA: Well, can it be both? I mean, on one hand, you've got all this packaging - McDonald's legitimately reduced its waste stream to landfills, they legitimately used a better form of packaging. But, it's not like they ended taking some of that rainforest beef with its own baggage on greenhouse gas emissions, and serving it up as billions and billions of burgers every year.

CURWOOD: So, what role did consumers play in this? You mentioned the Environmental Defense Fund, but what about people in the public? 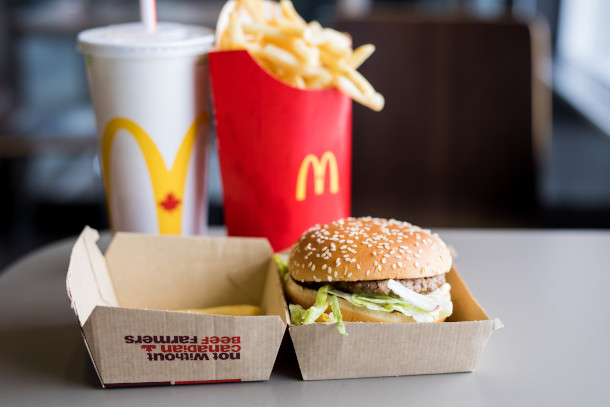 DYKSTRA: EDF, Environmental Defense Fund, were the reasonable guys that came to the table with McDonald's. But, as much as three years earlier, there was a grassroots campaign - activists like Lois Gibbs, the legendary hellraiser from the Love Canal neighborhood, who launched something called the McToxics campaign three years earlier, in 1987 to pressure McDonald's to change its packaging. One can safely say that three years worth of grassroots hellraising sort of softened the market for EDF to come in, and make the score and make the change with McDonald's.

CURWOOD: And there's more on these stories at the Living on Earth website. That's loe.org.


CNN | “This Country Regrew Its Lost Forest. Can the World Learn from It?”