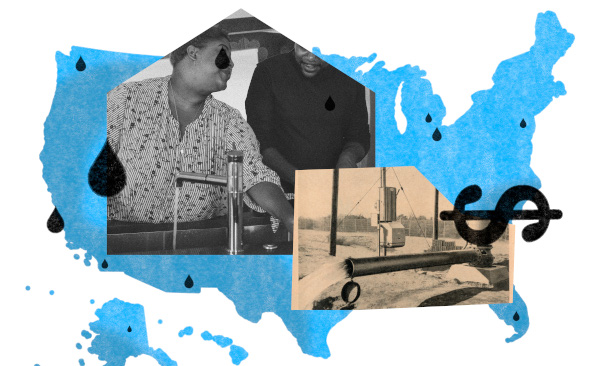 Cover art for the Guardian’s new series on water inequities in the US. (Image: Erre Galvez)

Clean water is a basic human right, according to the United Nations. Yet for millions of Americans, it can still be expensive and hard to come by. Living on Earth’s Bobby Bascomb speaks with Nina Lakhani, an environment reporter at the Guardian, which recently launched a year-long project investigating water inequities in the US.

BASCOMB: Access to safe drinking water is a basic human right, according to the United Nations. Yet, millions of Americans can’t afford their water bills and the water they do have is contaminated and unsafe to drink. Nina Lakhani is an environmental justice reporter for the Guardian and recently completed a year-long investigation into the problem of access to safe drinking water in the United States. Nina, welcome to Living on Earth.

LAKHANI: Thank you very much.

BASCOMB: In your research, you found that the cost of water has gone up by an average of 80% between 2010 and 2018 and more than 150% in the case of Austin, Texas. Why is that? Why is water suddenly so expensive?

LAKHANI: So there is a few different reasons, I think fundamentally that the federal government funding for water systems peaked in the late 70s. So there was an infrastructure boom when we had the EPA created and the Safe Water Act and the Drinking Water Act were approved, but funding for water systems has declined since then. And even revolving funds that states can apply to have been diminishing over time, water utilities are being left to deal with the climate crisis. So in you know, in parts of the country like the southwest, for example, which have been under drought for years now, the water infrastructure has to be adapted to be able to cope with that, the water and the sewage infrastructure and local waters departments are left to raise this revenue. And the way that they do that is by raising tariffs. So the cost of water and sewage goes up every year in many cases, and also by taking out loans on the market. And obviously, those loans have to be repaid. And those costs are then also transferred back to water users.

BASCOMB: And of course, if people can't afford to pay their water bills, that leaves the water utility without the income they need to provide safe, affordable drinking water. I mean, it's easy to see how that becomes a pretty vicious cycle. 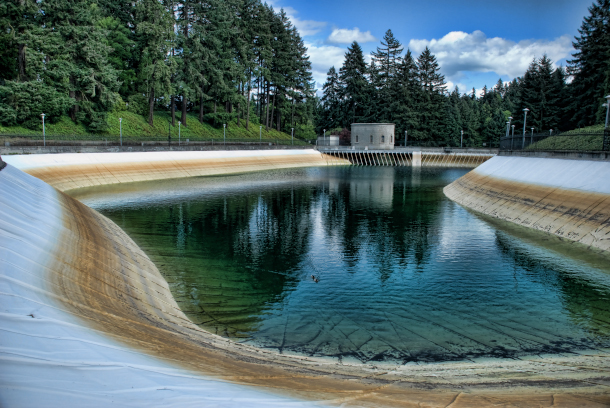 LAKHANI: That's right, I mean, without federal funding, this is a problem that's only going to escalate and affect a growing number of people. But also water utility companies could be doing things differently. What we've seen is that many water departments are using punitive measures to try and force people into paying. And the two main measures that we've seen being used are shut offs that people have in their water shut off because of unpaid bills. Or having liens put on their houses, which increases the risk of foreclosure on their house. The thing is, if you're struggling to pay your water bill, it's very likely that you're struggling to pay lots of bills, you know. And so just because somebody threatened you with having your water shut off, or puts a lien on your house, doesn't mean you're suddenly going to be able to magic up the money and pay the bill. You know just actually, by increasing bills and not thinking about affordability, water departments are not going to increase revenue. The research that we've done, has shown that by making bills tied to affordability so you charge people based on their income levels, on their ability to pay, water companies can increase their revenue. You have to have water to be able to live, to be able to cook to be able to clean to be able to stay healthy. People are willing to pay. It's just that if they can't pay they can't pay.

BASCOMB: Right. Well, you wrote about a specific man in your story. His name is Albert Pickett, and he lives in East Cleveland, Ohio. He fell behind on his water bills and it ultimately cost him his home. Can you tell us his story, please? 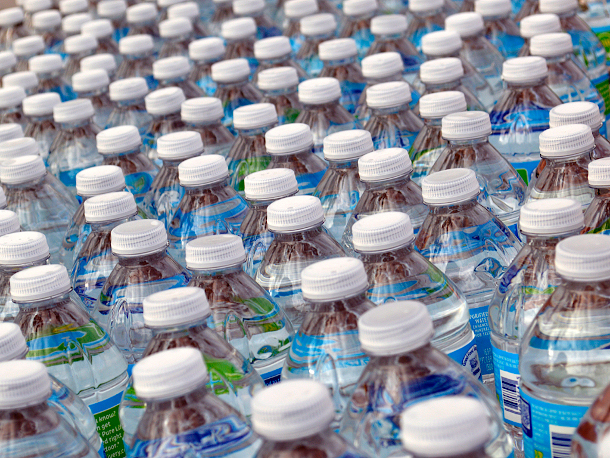 LAKHANI: Sure. So Mr. Albert Pickett is 60 years old. And he, you know, grew up in this, you know, really what I think was probably a very nice detached corner house in East Cleveland, which is a predominantly African American neighborhood, a low income neighborhood, and he grew up there with his parents and his siblings. And his mother, his dad died some years ago, his mother died in 2013 from Alzheimer's. And when she died in the years previous she had got behind in her water bills, in her property taxes, you know, I'm sure as part of sort of the nature of the disease, really, and so then when he moves back into the family home, there's an outstanding water bill that he just can't afford to pay. He goes to Cleveland water department in order to get onto a payment plan, but he doesn't have the deposit that they're asking for as a down payment. And so they shut off his water in 2013. And so he has been without water ever since then, borrowing jars or tanks of water bottles of water from neighbors so that he can wash, flush the toilet, buying water in order to take his medicine learn to cook and to drink. And then in 2018 you know, his luck just took a dire turn for the worse. He suffered a really severe stroke, and relatedly he fell and fractured his spine and damaged various internal organs and he ended up in a nursing facility for almost a year. When he came out of this facility, he was like he's really frail, like walks of a walking frame. He’s got a tremor, you know, lots of ongoing health issues. And a small fire started, but he didn't have any water to put out the start of that fire. He was trying to stamp it out but couldn't and by the time The fire service came, his house burnt down. I mean, I went to interview him, I went to the house. And it's just an absolute burnt out shell, you know, the whole front of it is collapsed, the roof is completely destroyed. And so since then that was in October of last year, despite his health problems, he's been sleeping on people's couches, in his car, at shelters on the odd night, and it just utterly ruined his life. You know, he talks about just the how not having water just took away all of his dignity. I mean, he used to look after his grandkids at the house. But soon as the water got turned off, he couldn't have his grandkids there. I mean, how can you have children there when you're changing nappies, and it's just not safe and healthy to do so. So yeah, it just had an absolute devastating impact on him.

BASCOMB: And you're right that people of color are disproportionately subject to having their water turned off and a lien put on their homes for back water payments. Can you tell me more about that, please? 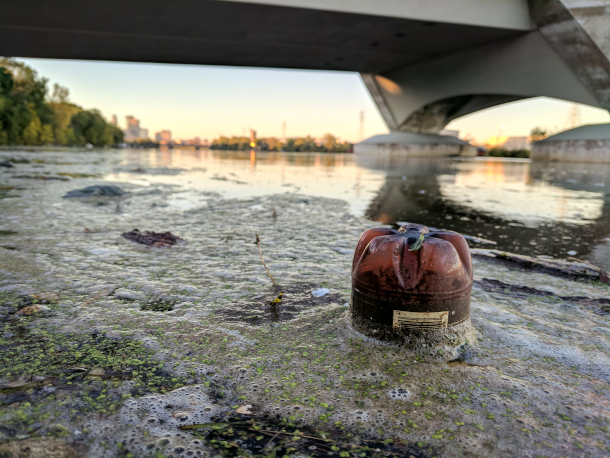 In New Orleans, and some other southern communities, municipal and privately supplied water is taken from the Mississippi River, which has been contaminated by agricultural runoffs and pollution. (Photo: Mississippi Water Management, Flickr, CC BY-NC 2.0)

LAKHANI: Yeah, in some of the cities, I've reported forming some of the cities we analyzed, that is what lawyers and advocates are alleging. In Cleveland, there is a lawsuit that has been brought forward by the NAACP Legal Defense Fund alleging a systemic racism in the way of that liens are attached to houses. And in the case of Cleveland, which is one of the cities that you know, that we investigated, you can see there are clusters of houses, you know, where liens have been attached, which are more disproportionately predominant in black neighborhoods compared to white neighborhoods, even if you take into account income levels. That's what that lawsuit alleges.

BASCOMB: And just adding insult to injury, I mean, the cost of water is going through the roof, but the quality of that water in many cases is far worse than it used to be. How common is it for the water supply to be polluted or unsafe, as is the case in Flint, Michigan and the lead problem there?

LAKHANI: Yeah, I mean, it's this perverse sort of, you know, double whammy isn't it that you know, people are having to pay more for water and their water is contaminated. I mean New Orleans is one of the cities that we studied where people have huge concerns about the quality of their water, you know that their water comes from the Mississippi River. The water that comes to them has been polluted by big agriculture in Iowa, you know all the states coming down. So the by the time the water gets to them, it's just, I mean, the quality is dire, right. I mean, nobody willingly is drinking the tap water in New Orleans. You know, they're either spending money on bottled water, which means that they are effectively paying to water bills every month, a water bill to the utility company and to water bottlers right, because they've been forced to do or they are buying filters to install into their homes.

BASCOMB: And looking broadly at the problem across the United States. What do you think should be done to ensure that all Americans have access to safe, affordable drinking water, and what's the role of the federal government in really addressing this problem?

LAKHANI: Yeah, I don't think that can be achieved without the federal government. There are numerous pieces of legislation around. The one that I think is most comprehensive is the Water Act, which is co sponsored by Bernie Sanders in the Senate, and Brenda Lawrence in Congress. And that is calling for $30 billion of guaranteed federal funding every year for 20 years, in order to upgrade water systems that upgrade infrastructure, water and sewage, so that all of the federal standards when it comes to quality and safety are met, and that money would also include some money to help low income households pay for these increasing bills so that no one's water is being shut off.

BASCOMB: Nina Lakhani is the Environmental Justice reporter at The Guardian, Nina, thank you so much for taking this time with me.

LAKHANI: Thanks for having me.

The Guardian’s series on water inequities in the US