Indigenous Guardians of the Amazon 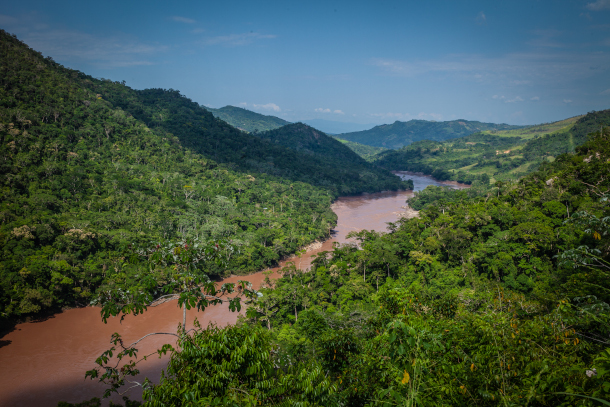 Containing thousands of indigenous plants and animals, the Peruvian Amazon is one of the most biodiverse regions in the world. But with increasing deforestation, much of the flora and fauna in the area is threatened. (Photo by USAID Digital Development, Flickr, CC BY 2.0)

Much of the Peruvian Amazon is under threat of deforestation with up to five percent of indigenous communities’ forest land lost to illegal logging and mining each year. Now an organization is equipping indigenous communities with satellite-based data and empowering them with training to take a stand against illegal logging. Jacob Kopas led research examining the effectiveness of this technique at stopping deforestation and joins host Bobby Bascomb to talk about how it works.

As we heard about before the break, deforestation in the Amazon is driving the world’s largest rainforest towards conversion to savannah. Such a shift would be a disaster for the world’s climate and the water cycle. And of course, the many indigenous groups who make their home in the Amazon would be left homeless. In Peru illegal logging and mining are already claiming up to five percent of forests in some native communities each year. Deep in the Amazon and far from police help, many indigenous communities are on the frontlines of battling deforestation but with little support or useful tools. But a program led by Rainforest Foundation US and the indigenous coalition, ORPIO, is looking to change that. Researchers provided indigenous communities with satellite-based data on deforestation in their territory and empowered them with training to address it. For more I’m joined now by Jacob Kopas, a lead researcher on this study. Jacob, welcome to Living on Earth.

KOPAS: Thank you very much.

BASCOMB: So tell us please about this study that you conducted, what was the technology you employed? And who did you give it to?

KOPAS: So this program was implemented by a collaboration between Rainforests U.S. and ORPIO. And ORPIO is an indigenous federation, that is kind of like an umbrella government for all the community governments in the Peruvian Amazon, this region of the Amazon where we conducted the study. And we studied the impact of this program. And the program was really trying to connect existing satellite technology with folks on the ground, indigenous communities on the ground that are facing deforestation day to day. And so the idea was that there's this great platform that's out there, it's free to use, it has periodic updates using global satellite technology, and that are automatically processed by computer algorithms to see exactly where deforestation might be happening. And then it creates these alerts that then can be used by government, could be used by civil society organizations, or could be used by indigenous communities out in the Amazon. But the problem with this last step is that there is no way for these communities to actually get access to this. So you and I can easily go online and download this information and see the maps ourselves. But many of these communities are deep within Amazon. And so they do not have access to cell phone reception. This program, the main thrust of it, was really to try to bridge this gap and get the information that is already available and freely available to anyone who can access it, and get it out to the frontline folks in the communities that are really facing deforestation.

BASCOMB: And so how did you do that? That seems like a pretty big hurdle. 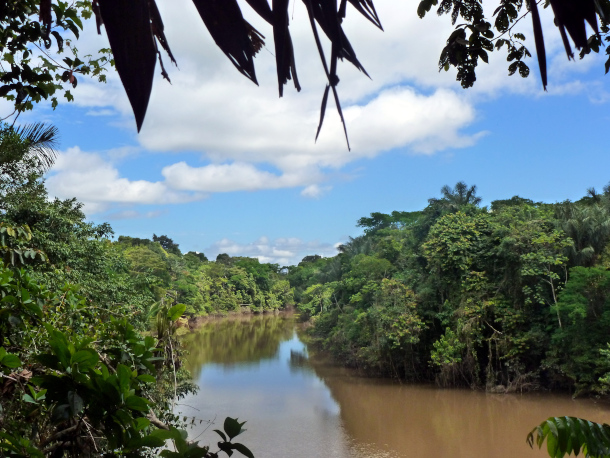 Peru is home to around 5 million indigenous people, representing 55 distinct ethnicities and 48 languages. With over 2 thousand registered indigenous communities, at least 20 live deep in the Peruvian Amazon where they depend directly on the land. (Photo by Global Water Forum, Flickr, CC BY 2.0)

KOPAS: The main cost of the program is providing the satellite imagery, which is already done, it’s freely available. So that part of the program is already there. So the difficult part is getting that information out to the folks in the communities. And so what Rainforest and ORPIO did was they organized a program with communities' consent, they would train a group of monitors, who would then learn how to use the cell phones and learn how to use the GPS technology. And so then, every month, a worker from Rainforest U.S. or from ORPIO, would go up the river and visit communities and deliver USB chips with the updated information from satellite alerts from each community. They would connect them to their smartphones. And then the team would check the smartphones, see where there's possible alerts and then conduct patrols to go out investigate and see what's actually happening.

BASCOMB: Now, of course, the Amazon is just massive. It's, you know, roughly two thirds the size of the continental United States. And in many areas, there just aren't enough law enforcement officials to adequately protect the forest. How can this approach you know, giving remote sensing tools to indigenous people, help with that?

KOPAS: So this is a major problem within the Amazon, and in the area where we implemented this study. And so we think that this program really has an impact, even though the state is largely absent, through two main mechanisms. The first one is by giving the communities more information about what is happening in their collective forest. They're even better to sometimes to police it themselves and make decisions internally. These are for the minor threats. For the major threats such as, for if there is an illegal armed group that's growing coke on their territory, or there's illegal mining or illegal logging, they might require the intervention of state authorities. And so we think using the information, having the the photos, and being able to actually show this information to state law enforcement officials will also have a beneficial impact in terms of providing them the evidence and helping encourage state law enforcement officials to actually come out to the communities and to conduct investigations and to conduct police operations.

BASCOMB: Well, what were your results? What did you see in the study?

KOPAS: The results of the study were interesting. And we found that in the first year of the program, deforestation was reduced by about 50% in the treatment communities as compared to the control communities. And so on average per community, the program was saving about 8.4 hectares of rain forest. In the second year, this effect waned a little bit, and it was only 3.3 hectares saved in the treatment versus the control. We don't know exactly why the project waned in the second year, but we had some information from Rainforest and ORPIO that it might be due to a large drug enforcement operation that was conducted in the second year. And that impacted a large area of the study population. But again, we need to do more study, and we need to actually continue to study this program as they continue to roll it out. 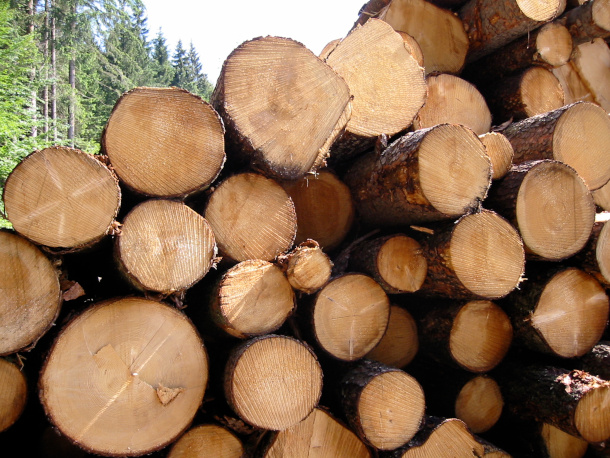 To help fight illegal logging in their forest lands, indigenous communities in the Peruvian Amazon were equipped with GPS technology, allowing them to receive updates and satellite imagery of activities happening on their land. By empowering these communities with the tools needed to help fight deforestation in the frontlines, the indigenous peoples have been able to better monitor and protect their forests. (Photo by David Pursehouse, Flickr, CC BY 2.0)

BASCOMB: Yeah, you know, if you, and I'm sure you have, if you look at a map of, you know, rain forest, and then you overlay that with a map of indigenous territories, I mean, they overlay perfectly where you have intact rain forest, you have indigenous people living there, and it's not a coincidence. So it seems like a no brainer, in a sense, to work with them, you know, empower them with these types of tools to protect the forest that is their home,

KOPAS: I absolutely agree. And I would add there is also a environmental justice component, an equity component here because these are the folks that have been living in the rain forests, have been taking good care of it for millennia. And so there is really a strong argument that investing in funds to try to prevent climate change, and try to mitigate the impacts of climate change and preserve the main tropical forests that we have, that it would be a good place to start in the territory of these indigenous communities who depend on the forest, and live in the forest and have been managing the forest for many years and to help them face these new threats that they hadn't had to deal with 100 years ago, 200 years ago.

BASCOMB: That's a great point. Well, what's next for you with this work? Could this same methodology be employed in say, the Congo, the world's second largest rain forest or other parts of the Amazon?

KOPAS: One of the exciting things about this project in the study is that we have conclusively proven that doing a randomized control trial to measure the impact of these programs, even in far out places such as the Peruvian Amazon is possible. And we can successfully do it to really do rigorous testing of these policies and do them as we roll them out. And so this study was actually a part of a collection of six studies that we conducted in different countries: Brazil and Costa Rica, in Uganda, Liberia, and China. We combined the results of all the studies to give us information on whether community monitoring across different countries in different contexts has a beneficial impact in managing resources. And the ultimate result was actually a very strong yes. All together, these studies really point heavily towards really the need to involve communities directly within financing for preventing climate change, mitigating climate change, and for forest and biodiversity protection.

BASCOMB: Jacob Kopas is an independent researcher with a PhD from Columbia University. Jacob, thank you for taking this time with me today.

KOPAS: Thank you for having me on.

Learn more about Rainforest Foundation U.S. and the work they do

Find out more about ORPIO