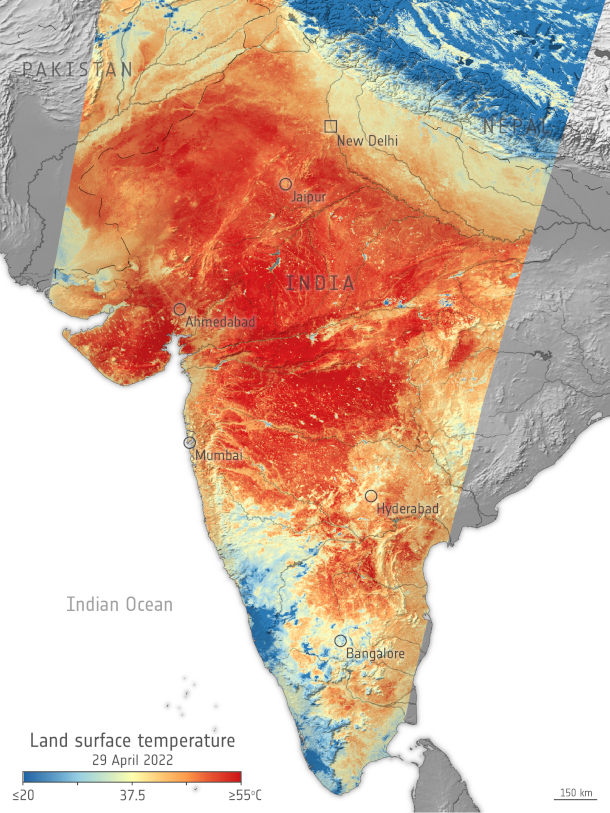 On this week's trip beyond the headlines Environmental Health News' Weekend Editor Peter Dykstra and Bobby Bascomb consider a record-setting heat wave in India and Pakistan, a positive trend in solar and wind power in the United States and the fate of the law behind the historic Scopes Monkey Trial which prohibited teaching evolution in Tennessee public schools.

BASCOMB: Well, it's time for a trip beyond the headlines this week with Peter Dykstra. Peter is an editor with Environmental Health News. That's EHN.org and DailyClimate.org. Hey there, Peter, what do you have for us this week?

DYKSTRA: Hi, Bobby. You know, there's been an absolutely unprecedented scorching heatwave in the middle of the spring in India and Pakistan, temperatures up to 120 degrees Fahrenheit. In one Indian state alone, the early numbers say 25 people have died, the full number's likely to be much, much more than that. 122 years worth of record keeping on weather in India, this was the hottest month of March they've ever had.

BASCOMB: My goodness, 25 people have died in one state, you said, I'm sure that number's got to be much higher.

DYKSTRA: That's right. And as the heat has gone through April, and now the first half of May, there's a very tragic irony in all of this. India has seen tremendous growth, population estimates are now 1.4 billion. They've also seen tremendous economic growth. And that rise in the standard of living involves buying refrigerators and involves buying air conditioners, all of which adds to the power demand. India's building and expanding its coal plants, so the problem is getting worse rather than better.

BASCOMB: Sure, yeah. It's a terrible feedback loop.

BASCOMB: Well, what else do you have for us this week?

DYKSTRA: Well, here in the US, we have our own problems with oil and gasoline and coal and natural gas. But on the solar front, some really encouraging news, courtesy of PV Magazine. That's an industry publication, Photovoltaic Magazine. But using the Department of Energy's own statistics, they've crunched the numbers, and they say that solar power generation increased by 36%, in just a year, from the first two months of 2021, to the first two months of this year. 36%. If you're a Wall Street analyst, and you're looking at that kind of growth, you have to be looking very seriously at investing in the solar industry, maybe wind power as well. 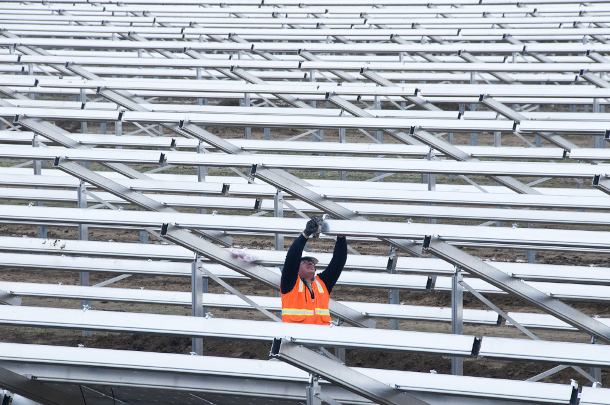 Solar power generation in January and February of 2022 is 36% higher than in the first two months of 2021. (Photo: Oregon Department of Transportation, Flickr, CC BY 2.0)

BASCOMB: Did they have anything to say on wind power?

DYKSTRA: Wind power, crunched the numbers a little bit differently. But wind power is now 9.2% of all large utilities' electric generation. That too, is a big jump. We're seeing wind power finally get moving on offshore wind farms, onshore wind farms. Traditionally oil and gas states like Oklahoma, Texas, both are catching on. Both are not going to be slowed down. And both have pardon the pun, the wind at their backs.

BASCOMB: Well, gosh, I hope so. I mean, we've all seen gasoline prices and the price of a barrel of oil go up so dramatically in the last few months. It seems like these alternative energies would be looking pretty attractive right now.

DYKSTRA: Pretty attractive, and they don't bounce up and down at the whim of the world's oil markets, a big factor in what we're seeing now.

BASCOMB: What do you have for us from the history books this week, Peter?

DYKSTRA: Something from May 13, 1967. The final chapter is written on the Scopes Monkey Trial. That was something that happened in Dayton, Tennessee, in 1925. Tennessee had a state law called the Butler Act, which outlawed the teaching of evolution in Tennessee schools. A substitute teacher named John Scopes, was arrested and put on trial for doing exactly that, teaching evolution in a Tennessee public school. He was found guilty. The law stood for another 42 years, before the Tennessee legislature finally repealed it on May 13, 1967. It took that long for the Tennessee legislature to acknowledge solid science, it kind of makes you wonder about other things. 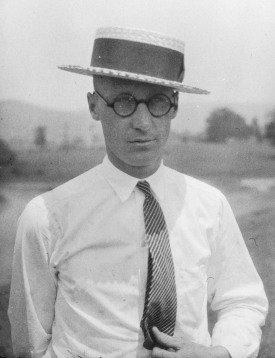 DYKSTRA: Climate change, or sexuality, or vaccines, or all the other things that are being forced back in the headlines now. We're sort of turning the calendar backwards on ourselves. Let's hope some of these things can work themselves out quicker than the 42 years it took for Tennessee to stop making a monkey out of itself.

BASCOMB: Yeah, for sure. Let's hope we can learn from the mistakes of the past, huh?

BASCOMB: All right, well, thanks, Peter. Peter Dykstra is an editor with Environmental Health News. That's EHN.org and DailyClimate.org. We'll talk to you again real soon.

DYKSTRA: All right, Bobby, thanks a lot, we'll talk to you soon.

BASCOMB: And there's more on the stories on the Living on Earth website, that's LOE.org.

More on the Scopes Monkey Trial