Climate at the Ballot Box 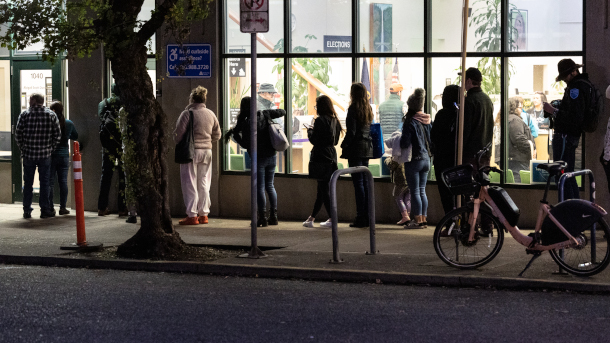 However the balance of power in Congress ends up as a result of the midterm elections, President Joe Biden is making one thing clear. He will block any efforts to repeal the sweeping climate measures in the Inflation Reduction Act with his veto pen.

BIDEN: I'm not going to walk away from historic commitments we just made to take on the climate crisis. They're not compromisable issues to me. And I won't let it happen.

CURWOOD: And the President sees the election results as a mandate for him to stay the course. 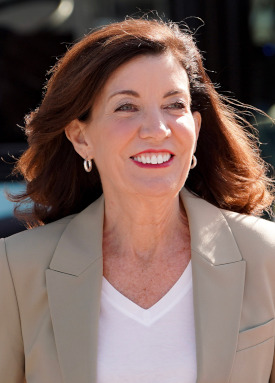 Kathy Hochul took office as governor of New York after Andrew Cuomo resigned in 2021, and she has just won her first full term in the 2022 midterms. (Photo: Marc A. Hermann, MTA, Wikimedia Commons, CC BY 2.0)

CURWOOD: And Democrats did do better than expected in the mid-terms, though not all the final results are in yet. So, to take a look at the impact of the mid-terms so far we turn now to Peter Dykstra, an editor with Environmental Health News, that’s ehn.org and dailyclimate.org. He is with us now on the line from Atlanta, Georgia, in one of the states that has yet to settle on its US senate seat. Hi there, Peter!

DYKSTRA: Well, hi Steve. We have a runoff in the race for the Senate between Reverend Raphael Warnock and Herschel Walker, the football legend from the University of Georgia. That won't be decided until an election on December 6.

CURWOOD: And there are other Senate seats up in the air. What, I'm thinking of Arizona and Nevada as we speak, I'm not sure that those have been settled. And who knows, maybe won't even know about those until after this runoff. 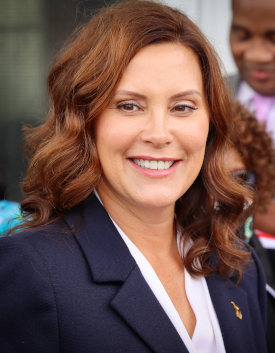 DYKSTRA: We shall see. It's a hard fought, and not necessarily by any standard, a clean race, that the parties and the big funders have spent millions on. The Atlanta Journal Constitution ran the numbers on the Warnock and Walker race, and found that a quarter billion dollars has been spent on behalf of the two candidates.

CURWOOD: Wow. Imagine if that went to direct constituent services for the people of Georgia.

CURWOOD: Peter, whichever parties ended up controlling the houses of Congress, it looks like Joe Biden is going to be safe in terms of being able to veto any attempts by the Republicans to roll back things like the Inflation Reduction Act to deal with the climate or the infrastructure measures, or things like that. The pundits, though, and a lot of the polls seem to think that it was going to be a much better day for the Republicans. What do you think they got wrong? What's with the punditry here?

DYKSTRA: Well, gotta remember that pundits are not necessarily right. And they're actually spectacularly wrong a lot of the time. If you go through punditry for most of the year 2016, you'll learn that there's no way that Donald Trump would ever be elected President of the United States. And of course he was and thinks he still is. 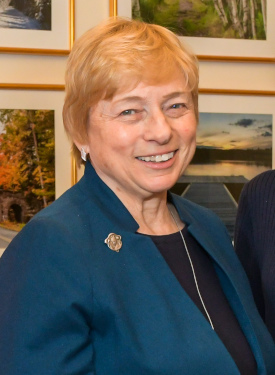 CURWOOD: Indeed. Now, what about the climate? How did it play, Peter? I mean, we saw some exit polling data that suggested in a number of places, the climate was just number three, as a top concern issue behind the economy and I think one case abortion and another case, immigration. How was it reflected in the election, do you think?

DYKSTRA: It was very, very scant, in terms of any mentions at all, in climate advertising, that I've seen about the candidates, and also very scant in terms of how it was in speeches, debates, anything. And what I found appalling, in my own opinion, was that the state of Florida, whose majority population by the end of the century or earlier, is right now living on what will be on inhabitable land underwater, including the primary residences of Marco Rubio, who won the Senate race, and Ron DeSantis, who won the governor's race, both for reelection. And those two, among millions and millions of other Floridians, based on the polls and the election results don't seem to be overly concerned about coming up with a solution to climate change and sea level rise. 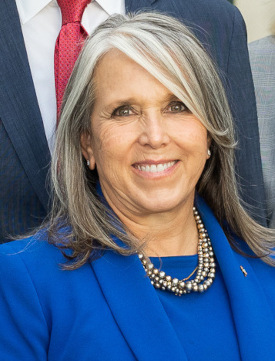 CURWOOD: We've been talking, of course, about the congressional elections. And you mentioned the governor though, there in Florida, but a number of other governors who are more interested, I think, in dealing with the climate were either reelected or elected. Let's talk about those for a moment.

DYKSTRA: Well, yeah, there are governors who were reelected, after showing some pretty strong enthusiasm for dealing with climate change. They include Gavin Newsom of California, Kathy Hochul of New York State, Gretchen Whitmer of Michigan. Other governors like Mills of Maine, Lujan Gresham of New Mexico, and a couple of newcomers, Wes Moore of the state of Maryland and Maura Healey of Massachusetts. 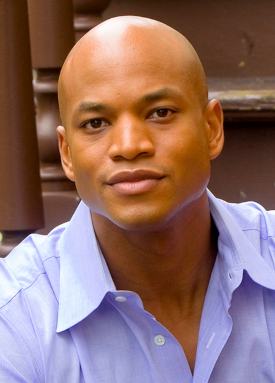 CURWOOD: And I guess as long as the Inflation Reduction Act stays in place, those governors are going to be able to tap considerable financial resources, I'd say Peter, right?

DYKSTRA: They could, as could other people at the state cabinet levels, state environment agencies, and others. Of course, there are other governors and other state cabinet officials in conservative states that might want to resist any federal assistance with climate change money, the way many of them resisted extra Medicaid money when that was broadened a few years ago.

CURWOOD: Yeah, we'll have to follow up on that. Hey, in the meantime, where was the environment actually on the ballot?

DYKSTRA: That's the other surprising thing. There were only two really substantial ballot initiatives this year. One was in New York State. It was a whopping $4.2 billion. 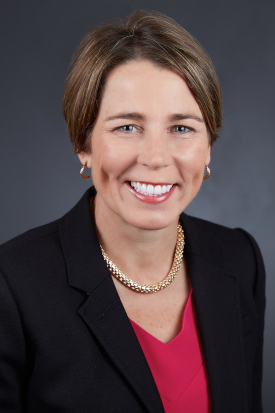 That's a lot for an individual state to help clean energy and other technologies. It included $500 million to electrify school buses. There's also $400 million in this New York ballot item for green building projects. Over a billion for restoration and protection of areas that help cut down on flood risk. That would have been a nice thing to have when Superstorm Sandy hit New York City and Long Island and also hit New Jersey, almost 10 years ago, to the day. And of course, it was a multibillion dollar storm with a tragic death toll that happened late in the year of 2012. There's also more conservation money, preservation of open space. All of that was passed by New York state voters. There was another initiative with a lot of promise in California. That wasn't passed by California voters. California Proposition 30 would tax income levels above 2 million to help fund programs for zero emission vehicles and also fund wildfire prevention efforts. Of course, California, every year in recent years, has run out its wildfire budget because wildfires driven by climate change have increased.

CURWOOD: But I guess California voters decided they didn't want to go along with that. 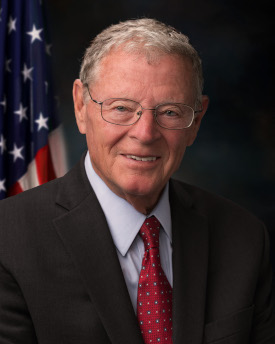 CURWOOD: Hey, let's go back to the Congress for a moment, because I think there's some important retirements that are coming up.

DYKSTRA: Oh, yeah. One of my favorites is Senator Jim Inhofe. For years he has been the bull moose, the alpha dog of climate denial. He has said many times that climate science is a hoax. He's going to be quitting. His 88th birthday is next week. The Senator and I have an appointment to talk on the record on his 100th birthday on November 18, 2034. And he and I are going to check out how his claims of a climate hoax are working out.

CURWOOD: Maybe he just couldn't quite see what was going on with the climate, Peter, huh?

DYKSTRA: No, but another senator who did served 48 years. That's Patrick Leahy of Vermont, also the biggest Grateful Deadhead in the Senate. 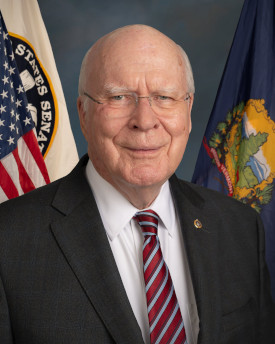 Patrick Leahy, the current president pro tempore of the United States Senate, will be retiring after he did not seek reelection in the 2022 midterms. (Photo: Renee Bouchard, U.S. Congress, Wikimedia Commons, public domain)

He's been there since the 70s. Leahy has fought the battle to restrict acid rain emissions among many other things. He's got a strong environmental record and his leadership is going to be missed in the United States Senate for many years to come.

CURWOOD: Right. And for many of those years, he was President Pro Tem, which put him fourth in line for the presidency if something had happened. Well, thanks, Peter. Peter Dykstra is an editor with Environmental Health News, that's ehn.org and dailyclimate.org. Thanks on this and we'll catch up with you to see how that thing is going on in Georgia and that runoff election in the weeks ahead.

DYKSTRA: All right, Steve, thanks a lot and we'll talk to you soon.

CURWOOD: And there's more on the stories on the Living on Earth webpage. That's LOE.org.