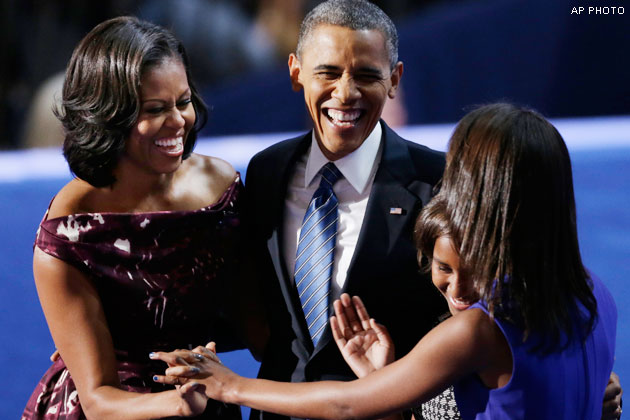 President Obama seeks a second term in office, with the energy achievements of the last four years front and center but Rebecca Noblin from the Center for Biological Diversity, tells host Steve Curwood that some of the President’s decisions on the environment are based on politics instead of science.

CURWOOD: From the Jennifer and Ted Stanley Studios in Boston, this is Living on Earth. I'm Steve Curwood.

OBAMA: Madam Chairwoman, delegates, I accept your nomination for president of the United States.

President Obama's speech at the end of the Democratic Party Convention was sober and inclusive—with a rigorous defense of his first term record.

OBAMA: After 30 years of inaction, we raised fuel standards so that by the middle of the next decade, cars and trucks will go twice as far on a gallon of gas. We have doubled our use of renewable energy, and thousands of Americans have jobs today building wind turbines and long-lasting batteries. In the last year alone, we cut oil imports by 1 million barrels a day—more than any administration in recent history. And today, the United States of America is less dependent on foreign oil than at any time in nearly two decades.

CURWOOD: The President reminded America of the clear distinction between his energy and environmental policies and those of the Republicans.

OBAMA: So now you have a choice—between a strategy that reverses this progress, or one that builds on it. We've opened millions of new acres for oil and gas exploration in the last three years, and we'll open more. But unlike my opponent, I will not let oil companies write this country's energy plan, or endanger our coastlines, or collect another $4 billion in corporate welfare from our taxpayers.

We're offering a better path. We’re offering a better path—a future where we keep investing in wind and solar and clean coal; where farmers and scientists harness new biofuels to power our cars and trucks; where construction workers build homes and factories that waste less energy; where we develop a hundred year supply of natural gas that's right beneath our feet. If you choose this path, we can cut our oil imports in half by 2020 and support more than 600,000 new jobs in natural gas alone.

And yes, my plan will continue to reduce the carbon pollution that is heating our planet— because climate change is not a hoax. More droughts and floods and wildfires are not a joke. They are a threat to our children's future. And in this election, you can do something about it. + applause.

CURWOOD: Well, Obama's energy strategy may reduce the need to import oil, but a number of scientists and environmental advocates worry about the risks of some of those energy sources. And they question plans to drill in sensitive ecosystems like the Alaskan Arctic waters.

The White House recently gave Shell Oil the green light to begin exploratory drilling in the Chukchi Sea. Rebecca Noblin is the Alaska Director at the Center for Biological
Diversity. 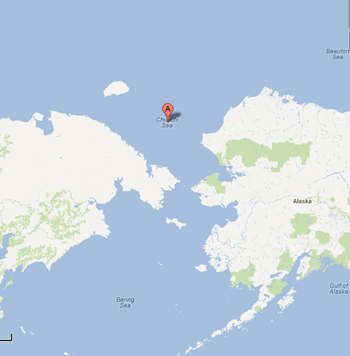 NOBLIN: The big thing that Shell wants to be doing is drilling in the hydro-carbon zones, and they haven't gotten the go ahead for that yet. But there are risks to the initial drilling that shell has already been allowed to do.

CURWOOD: So, Shell can’t drill down to the hydrocarbon or the oil zone until what, some oil containment barge reaches this area? As I understand it, that vessel is currently held up in Washington State. Why do they need that vessel and what’s the holdup?

NOBLIN: Shell is required to have its oil spill containment barge, the Arctic Challenger, onsite when it drills into hydrocarbon zones. And, basically, this containment barge is supposed to be a backup system in case there’s an oil spill, its new technology to deal with an oil spill. Shell just has not been able to get its act together; the Arctic Challenger has been challenged! It can’t get its permits from the Coast Guard, and, without it, Shell can’t meet its oil spill permit requirements.

CURWOOD: Now, as I understand it, this containment vessel was supposed to be good for a 100-year storm. What are the rules that the Coast Guard and the Obama Administration are saying now about it?

So now, the containment barge only has to meet the ten-year storm requirement, which is really kind of a bad idea. We’re seeing, with climate change, a lot of big storms. So, 100-year storms are more likely to come a lot more often than every 100 years, these days. But, anyway, the Obama Administration did allow Shell to have that weaker standard. Nevertheless, Shell still can’t get that containment barge up and running.

CURWOOD: Now, there’s also some controversy about Shell meeting the Clean Air Act requirement for this operation, and the Obama Administration has given them a break on that… could you explain?

NOBLIN: Yeah. This summer, Shell announced that, again, it could not meet its Clean Air Act permit requirements, and it asked for a waiver from the Obama Administration, from the EPA. Basically Shell plans to emit three times the amount of nitrogen oxide that it was originally permitted to emit, and ten times the amount of particulate matter. So, it’s a pretty significant increase in pollution.

And the only way to get a new permit would be for the EPA to go through a whole new public process, which would have prevented Shell from drilling this summer. So instead, Shell asked for and the EPA just last week granted a waiver of its air permit that required no public process. The EPA simply said OK you don’t have meet those requirements for the next year while we work on a new permit.

CURWOOD: Rebecca Noblin, what’s your take on the politics of Shell getting permission to go ahead with the drilling right now?

NOBLIN: It’s clearly a political decision on the Obama Administration’s part to allow Shell to move forward with drilling. It’s not a science-based decision, it’s not a precautionary decision. The Obama Administration has really bent over backwards to show that it’s pro drilling. And, it seems that the Arctic has really become the next sacrifice zone after the Gulf of Mexico.

CURWOOD: Rebecca Noblin is Alaska Director for the Center for Biological Diversity speaking to us from Anchorage. Thank so much!