Host Steve Curwood talks to author Michael Lemonick about his new book that explains in simple and straightforward terms the basic science of climate change.

CURWOOD: Here in the US, it was the winter that mostly wasn't this year. Then record heat has brought record wildfires, and sea ice in the arctic is reduced to historic low levels. You could be forgiven for thinking the weather is weird—and a timely book arrived in our office, called “Global Weirdness: Severe Storms, Deadly Heat Waves, Relentless Drought, Rising Seas, and the Weather of the Future.”

It comes from Climate Central, a non-profit journalism and research organization, and its 60 short chapters seek to explain in simple, straightforward terms the basics behind the Earth and its changing climate. Michael Lemonick is its co-author.

LEMONICK: Well the book is aimed at the people who really don’t understand climate change all that well—they hear competing stories from people who are advocates for doing something about it and skeptics, and it’s a lot of information that’s just very confusing. We are hoping to reach those people with a very simple, straightforward explanation of why people are concerned about climate change… just to give them a basis for making good decisions for themselves. 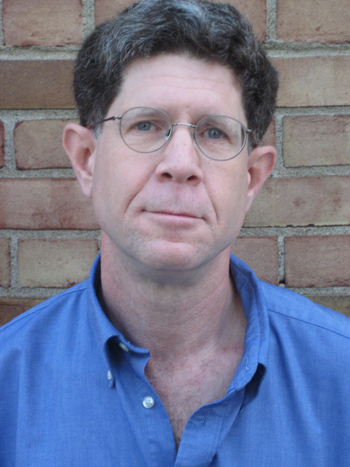 LEMONICK: Global warming 101 with a special twist, I think, in at least some of the chapters, where we take a number of the arguments that skeptics make—the counterarguments to human-triggered climate change—and we address them in a kind of respectful way, because at their base, these questions are very reasonable; the idea that ‘how do we know it isn’t the sun that’s warming the earth, how do we know this isn’t just a natural climate cycle?’

So ordinary people that I run into are still asking those questions, and so we try and respect their common sense, and say, ‘yeah, you’re absolutely right, it makes sense that it would be the sun. Here’s why we know that it isn’t.’

CURWOOD: So what then do you hope people will take away from your acknowledgement in this book that we can’t say for sure exactly what will happen—doesn’t that feed skepticism?

LEMONICK: Well I don’t think it does, because we do admit that we don’t know exactly what will happen to sea level rise or exactly how high temperatures are going to go by 2100, but we are very clear about the fact that the vast, vast majority of people who actually study this topic agree that it is going up, and that the consequences are quite likely to be dangerous and harmful to people, and property, and ecosystems. So we just admit that it’s a real threat whose exact parameters we don’t yet know, and that there is still research going on.

CURWOOD: How long ago did you start this project?

LEMONICK: We started it about two years ago.

CURWOOD: So did you have any idea that when the book came out you’d be seeing record tornadoes, record drought, some pretty difficult heat waves, some crazy storms?

LEMONICK: Yeah, we actually planned it exactly for that. And you know, I hope, that I’m completely kidding, because there’s no way we could have known. But, you know, if you read the book, you will learn that these events are going to be on the increase generally, as the years and the century goes by. And so, it’s not surprising that there are extreme events to point to, right at the time the book comes out.

CURWOOD: In fact, in your book you use the year 2100 as a benchmark for folks, and some raise the question that the lack of immediate or tangible gratification is a big challenge to convince people to adopt an eco-friendly behavior by having such an out-year target for when things get really difficult. What’s your response?

We can point to the streams that are running drier earlier in the summer, with negative effects as far as wildfires are concerned and also agriculture and even drinking water supplies. So there’s enough going on already to make it clear that these really serious effects that we’re gonna see by 2100 are already affecting our lives.

CURWOOD: Now towards the end of your book, you have several essays about possible solutions: Can nuclear power help? What about futurist technology? But these chapters all seem to conclude that…mmm...we’re in pretty tough shape.

LEMONICK: Yeah, I mean I really, and I think we make it clear that the individual efforts that people make to insulate their houses and drive a Prius or whatever, are good things, but in order to really change the course of climate change, we really need a pretty serious overhaul in the way we make and use energy.

And no one technology is going to be able to do that, first of all. And I think a subtext is that it’s going to take action at the level of governance to really make those kinds of changes. And we kind of hope that as the understanding of the real risk we run becomes clearer, the climate for government action will become easier.

I use the analogy of the anti-smoking campaigns. You know, if, in 1964 when the first Surgeon General’s report came out, if you had told me, ‘one day you will have no smoking anywhere,’ people would have been outraged. And with the growing realization that smoking really was a dangerous thing, and is a dangerous thing, when governments finally did start to take these actions, there was very little outcry. And I believe that kind of broad social acceptance of a fact that emitting carbon is socially unacceptable, is going to be necessary before the government can take such action.

CURWOOD: Now this book is for a lay audience and yet you subjected it to fairly rigorous peer scientific review, like it was going to go into a fancy scientific journal. Why did you do that?

LEMONICK: We did that because we felt very strongly that we did not want to be putting statements out there that weren’t scientifically defensible. Because that just gives skeptics a huge target; it’s like painting a kick-me target on your back, and would enable skeptics to suggest that the whole book was invalid because there might be an exaggerated statement about something.

And we just didn’t want to take that risk, and we didn’t feel we needed to because the basic, unvarnished facts are serious enough. So we wanted to make sure that the actual science, even though simplified, was pretty much bomb-proof when we put out the book.

CURWOOD: Michael Lemonick is a senior science writer at Climate Central. The new book is called, “Global Weirdness: Severe Storms, Deadly Heat Waves, Relentless Drought, Rising Seas, and the Weather of the Future.” Thanks so much, Mike.

LEMONICK: Thank you, it’s been a pleasure.