Keeping Foods and the Climate Cool 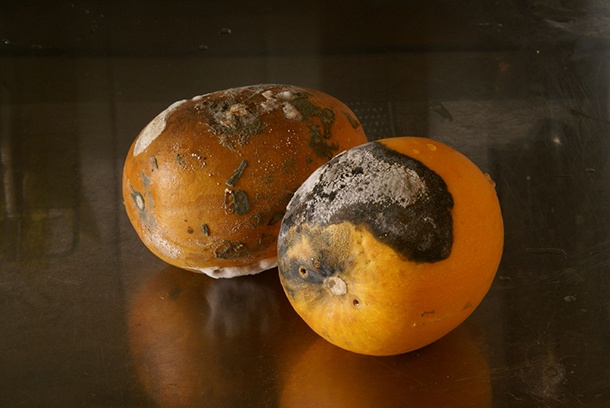 A third of the world’s food goes to waste, and most of the losses come from spoilage on its way to being consumed. The average piece of produce in the U.S. travels 1,500 miles from its source. (Photo: Crystalline Radical; Flickr CC BY 2.0)

A third of the world’s food never gets to the table but rather spoils in transit — food that could feed more than the 870 million people on Earth who don't get enough to eat. United Technologies’ Chief Sustainability Officer John Mandyck tells host Steve Curwood that improved refrigeration and transportation of perishable foods through the “cold chain” could combat world hunger and climate change without the need to grow more food to feed an increasing population.

CURWOOD: From the Jennifer and Ted Stanley Studios in Boston and PRI, this is Living on Earth. I’m Steve Curwood. As much as a third of all of the food produced by farmers around the world goes to waste, most before it even gets into a kitchen. Yet millions of people don’t get enough to eat, and the carbon footprint of all that wasted food is enormous.

Much of the wastage is due to the lack of proper refrigeration, especially in the developing world. So there’s a new push to spread the system known as the "cold chain," the use of refrigerated containers, trucks and trailers to keep food cool as it travels from field to fork. The first World Cold Chain Summit in London recently aimed to spur the discussion on how to improve this network to prevent food loss. John Mandyck, the Chief Sustainability Officer of United Technologies Building & Industrial Systems, hosted the Summit and came into our studio, and we should note UTC is an underwriter of Living on Earth. Welcome back. 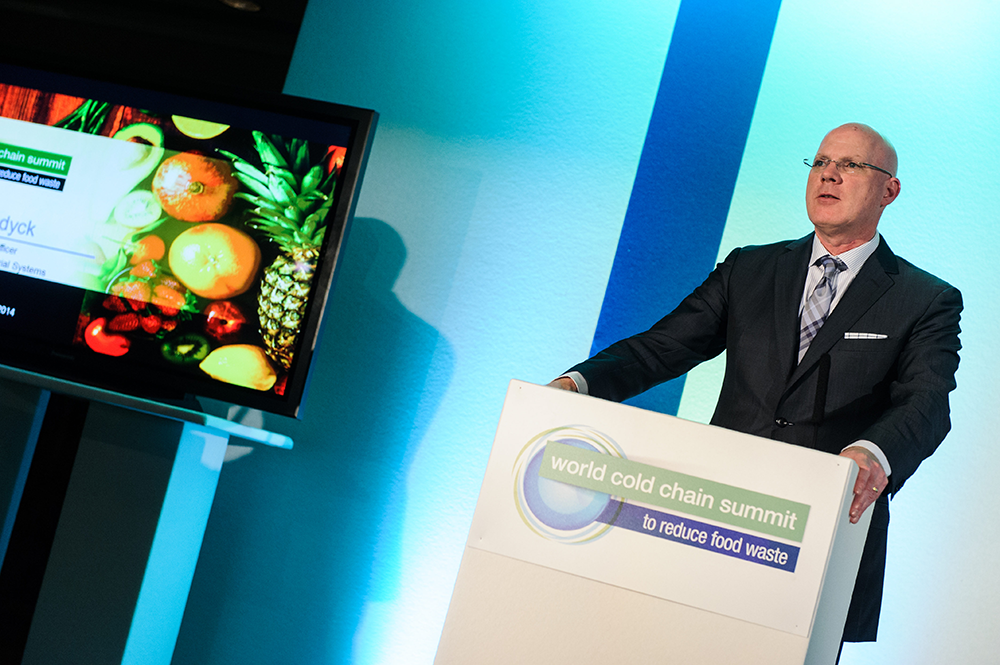 MANDYCK: Steve, it's great to be back.

CURWOOD: So, why do we lose so much food?

MANDYCK: Well, food loss happens in two different places, predominantly. At the consumer level, about one-third of our food is lost because we buy too much and we throw it away. That's an issue mostly in the developed markets. In the developing economy, it's a different problem. The food never makes it out of harvest. It rots on the field because there isn't a good transportation infrastructure, or if it's transported, it's transported in poor conditions to a wet market, an outdoor market, where the food rots waiting for consumers to buy it. So, it's an inefficient system in the developing economy, and that's where we're trying to raise the level of awareness and dialogue.

CURWOOD: What's the climate cost of all this food waste and loss? I mean, I imagine that all the food that never gets eaten has to have a huge carbon footprint. 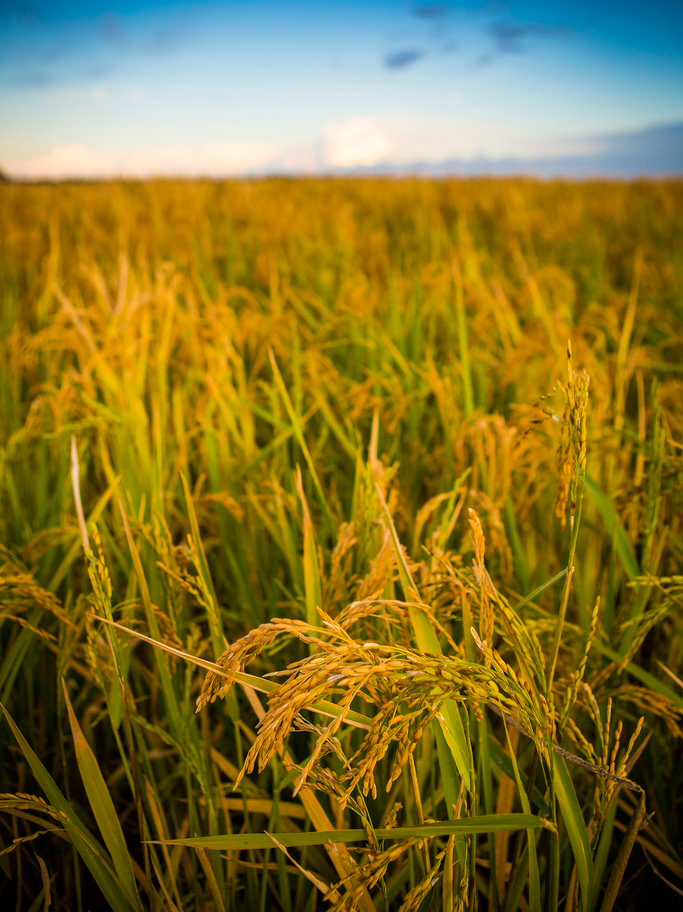 The human diet has various components: grains, meat, dairy and vegetables. Unlike grains, which have a long shelf life, perishable produce such as dairy spoils easily and its longevity is contingent on the effectiveness and efficiency of the cold chain.
(Photo: Kyle Spradley/Curators of the University of Missouri; Flickr CC BY-NC 2.0)

MANDYCK: It's staggering, Steve. So, food waste by itself represents 3.3 billion metric tons of carbon dioxide. If you measured food loss as a country on it's own, it would be the third largest emitter of greenhouse gases behind China and the United States.

CURWOOD: So now, your meeting was about the cold chain. What kind of food is transported through the cold chain and how's its importance compared with non-perishable foods?

MANDYCK: Well, the perishable products you can think of - meat, fruits, vegetables, dairy - those are all essential elements of our diet that complement grain but have different characteristics than grain for preservation. This is exactly where the cold chain can play a role, to extend the supply of those foods which aren't making it to our tables due to food loss.

CURWOOD: Talk to me about some of the technologies that can be used going forward.

MANDYCK: Sure, so the cold chain has several different elements to it, so you can think about, "Ok, if food is grown at a farm, how do we store it at the farm before we move it?" So that would be cold rooms right at the farm. Then when we move the food to a production facility, for example, it could be in a refrigerated truck or trailer. At the production facility we have to make sure it's maintained with the proper temperature. And then, of course, when it gets to the retail setting, to a grocery store or a corner market that it's stored, maintained and presented in a refrigerated display case so that it extends the supply of that food.

CURWOOD: What are some of the improvements in technology that will make this cheaper and more efficient? 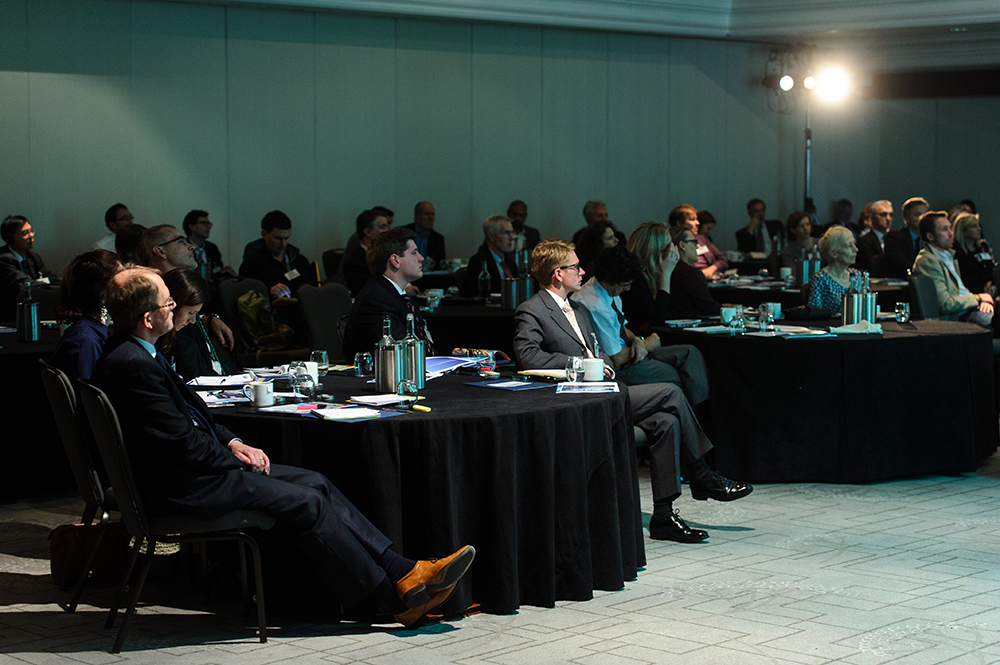 MANDYCK: There's been several advancements in the cold chain from an environmental standpoint to green the cold chain itself. Using solar technology to power battery packs for these products. So technology providers have a role to play, to actually scale technology to what the need is. We've done that with a product we call CitiFresh. It's a simple box refrigeration unit for a box truck, and it's meant to solve the problem of the farmer in India who's transporting tomatoes in the back of an open pick up truck 100 kilometers from this farm to the market and watching them rot en route, when instead he could be using a simple truck that cools his produce to about 40 degrees - that's it - and transport that same food to market and get better yield so he can sell more produce.

CURWOOD: Now, in places like Sub-Saharan Africa, India, the lack of electricity is profound. How does the call for improving the cold chain rely on development in these places? 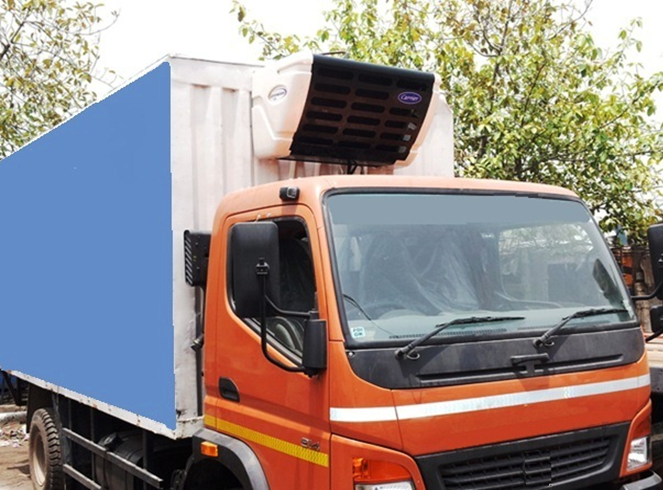 MANDYCK: Clearly, development is needed. A critical role governments can play is looking at the role of food safety standards. Food safety standards have the benefit of jump-starting the cold chain, but they also have the benefit of making sure our food security is in place and that people are receiving fresh produce such as meats and dairy to see that produce in top quality because it is preserved and transported and stored under proper conditions.

CURWOOD: So I’ve seen projections that by 2050, we're going to need 50 percent more food on the planet. 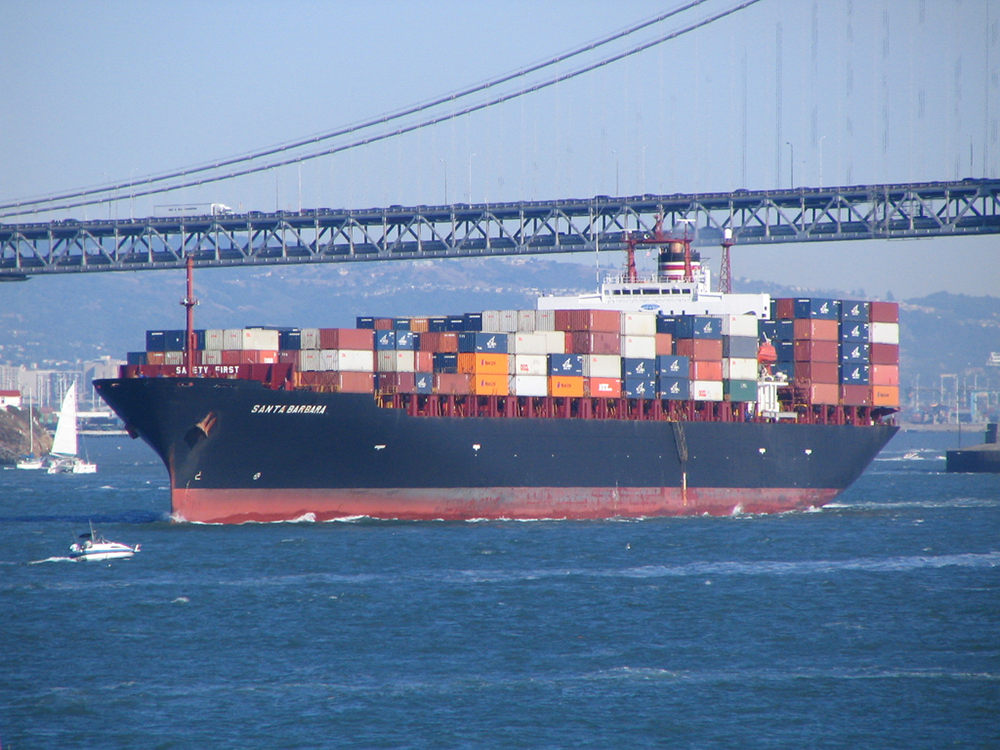 Food from overseas often travels on container ships. The journey between ports can be long, and so adequate container refrigeration systems are essential for maintaining the integrity of food quality. Innovations have increased the efficiency of this part of the cold chain. (Photo: Derell Licht; Flickr CC BY-ND 2.0)

MANDYCK: I would argue that we need no more food on the planet—that we produce enough food on the planet today to feed everybody today, and if we do it more efficiently—we feed the people tomorrow. We just need to make sure that we get the food that we make to the place that it needs to go. It's harder to imagine a more inefficient system for such an essential resource. We simply can't grow more and throw more away as we grow our planet. It's not sustainable, we don't have the land to do it, and we don't have the water to do it.

CURWOOD: Let's say someone listening to this conversation says, "This is a terrific idea. I know these folks living in Sri Lanka that could really use this." What's to be done to put money in the pockets of the people who can't buy this infrastructure?

MANDYCK: Well, one element of financing could come from the climate change debate. As we look at ways to solve climate change, there will be financing available for technologies that will mitigate climate change effects. Food waste and food loss is one of those. The low-hanging fruit for climate protection is literally rotting, and that's food waste. It's rotting before our eyes, and the climate debate is missing this fundamental and significant element for how we can address climate change together but also to address hunger, and by doing that we think we'll provide greater opportunity to prevent food waste and get more food to more people who need it.

CURWOOD: Terrific concept to connect the dots between world hunger and climate and all that. How do you get this going? 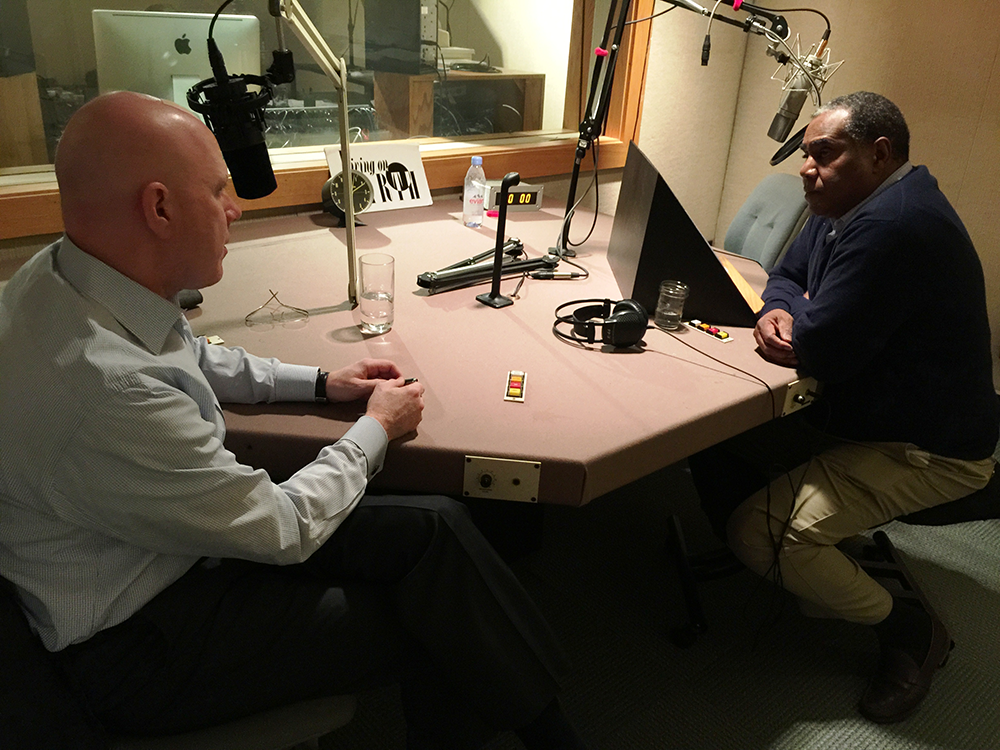 MANDYCK: There's this new organization that’s just forming called the Global Food Cold Chain Council which will bring together technology providers, suppliers, retailers and the food industry to think about ways we can not only green the cold chain in the first place, but to lower the carbon footprint of the cold chain, and use the cold chain as an essential element to solving this issue of food loss. Today, if you think that 870 million people aren't getting enough food—we can't feed the people on our planet today—how are you going to feed the people on our planet that are coming in the next 35 years? Projections show we're going to add another 2.5 billion more people on this planet. We don't have the capability to feed them with the inefficient systems that we have today. We know we can feed more people, and we know we can address the carbon emissions from food loss to make a meaningful difference for climate protection.

CURWOOD: John Mandyck is the Chief Sustainability Officer of United Technologies Building and Industrial Systems. John, thanks for taking the time to speak with us today.

MANDYCK: Steve, thank you very much.