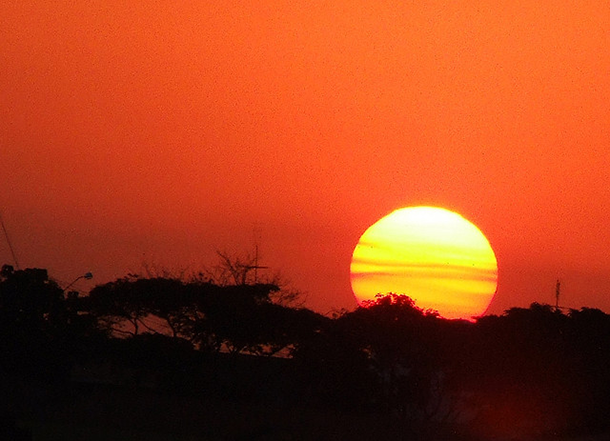 Funded in part by ExxonMobil, the American Petroleum Institute and the Charles Koch Foundation, Willie Soon published papers disputing the seriousness of climate change, including one that blamed climate change on the sun, without disclosing the conflicts of interest related to his funding sources. (Photo: Giuliano Maiolini; Flickr CC BY 2.0)

In this week’s trip beyond the headlines, Peter Dykstra tells host Steve Curwood about a climate denial funding scandal and the 104th anniversary of the Weeks Act.

CURWOOD: Time now to look beyond the headlines with Peter Dykstra. He’s with Environmental Health News, that’s EHN.org and the DailyClimate.org, and he’s on the line from Conyers, Georgia. Hi there, Peter.

DYKSTRA: Well, hi, Steve. It was bound to happen sooner or later. For years, climate deniers have alleged that climate scientists are engaged in a vast cabal to make stuff up in pursuit of money, that what’s disguised as ‘real science’ is actually just a craven and greedy attempt to cash in on all that scientific grant money. Well now, for the first time, a smoking gun, a scientist caught red-handed gaming the system for a seven-figure payday.

CURWOOD: Yeah, that’s been a big story this past week, but of course, there’s a wrinkle.

DYKSTRA: And that wrinkle is a big one because Willie Soon of the Harvard-Smithsonian Center for Astrophysics is a go-to guy for climate denial. His work is cited by pundits, and on the Senate floor as solid-gold evidence that climate change isn’t human caused, isn’t a big deal, the Arctic’s fine and that there are enough polar bears up there that you could walk on their backs from Ottawa to Moscow. Or until one of them ate you.

CURWOOD: [LAUGHS] OK. So walk us through the details.

DYKSTRA: Because of Dr. Soon’s Smithsonian connection, he’s a government guy, and as a government guy, his work and correspondence are subject to the Freedom of Information Act. A group called the Climate Investigations Center, along with Greenpeace, filed a request for Soon’s correspondence, and when the documents were returned they revealed $1.2 million dollars in funding from oil, gas, and coal producers and their affiliates. But there’s more.

DYKSTRA: Dr. Soon didn’t disclose this apparent conflict of interest on many of the papers he published where he disputed the seriousness of climate change. In many institutions and science venues, it’s OK to take money from someone who may have a stake in the results you report, but you have to be up-front and disclose when you’re cashing checks from an interested party. But there’s still more.

DYKSTRA: When corresponding with potential funders, Soon used terms that to me sound a little more appropriate for a used-car lot than for peer-reviewed science. He told an executive for Southern Company - that’s the biggest electric utility here in the Southeast - that he could expect a “super-duper” paper blaming any climate change on the sun, rather than on fossil fuels. And he used the word “deliverables” in describing what other funders, like Exxon-Mobil, the American Petroleum Institute, and the Charles Koch Foundation could expect for their money, and Steve, as many congressional climate deniers have said lately, “I am not a scientist,” but I know that’s not the way that honest science is carried out.

CURWOOD: Well, Willie Soon throwing the sun under the bus as a major cause of climate change is a theory that's been pretty well refuted, so I guess to follow this particular story means you’ve got to follow the money.

DYKSTRA: And the irony in all this, of course, is that one of the attack weapons used against legitimate climate scientists is that they’re getting rich off their work, that they’re only in it for the money. I put together a piece for The Daily Climate last week with ten such quotes, from people like Rush Limbaugh to Senator Inhofe of Oklahoma, the “sooner” state, to Ralph Hall, the former Chair of the House Science Committee.

CURWOOD: And you sent us a piece of tape from another one. Here it is.

CORBYN: They're on a gravy train for heaven's sake. They make trillions of pounds traded every year on carbon trading and doing silly things like building windmills, which achieve nothing. I mean, there's money in it and that has corrupted science.

DYKSTRA: That was Piers Corbyn of the Weather Action Center in the UK.

DYKSTRA: The bottom line is that for all the conventional wisdom out there among climate deniers that climate scientists are corrupted by grant money, and all the efforts made to discredit them, we’re seeing more and more on-the-ground validation that what the vast majority of climate scientists have been telling us for 25 years or more is coming true, and the consequences could be enormous. And we’ve seen no evidence out there that climate scientists are doing their research on gold-plated computers aboard their yachts. But on the other hand, Willie Soon may have a lot to answer for.

CURWOOD: Oh yeah – and that train wreck of money and politics and science and ideology is always so fascinating, isn't it, Peter? Hey, what do you have on the history calendar for us this week? 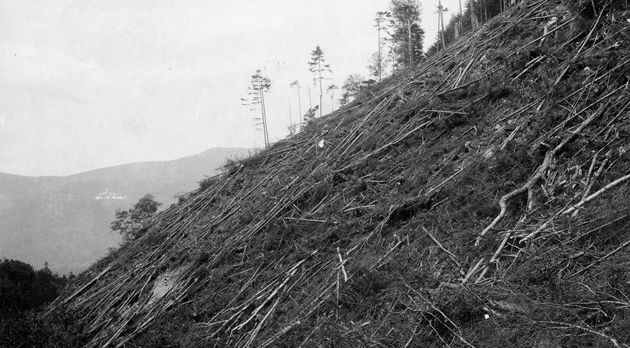 March 1st marks the 104th anniversary of the Weeks Act, which authorized the federal government to purchase private lands and maintain them as national forests. (Photo: US Forest Service)

DYKSTRA: Well, we’re celebrating the 104th anniversary of one of the first and most important forest protection acts became law. The Weeks Act, sponsored by Congressman and later Senator John Weeks, was a response to rampant logging and the threat it posed to both forests and streams by restricting the cuts and placing sensitive areas off-limits for logging. It was signed into law by a President, who wouldn’t cop out when there was danger all about.

DYKSTRA: Can you dig it? William Howard Taft didn’t have the conservation profile of his predecessor and mentor, Teddy Roosevelt, but he did take this big first step in forest protection.

CURWOOD: So, thanks to President Taft and thanks to you, Peter Dykstra, you're with the Environmental Health News, that’s EHN.org and the DailyClimate.org. Talk to you next time.

DYKSTRA: Alright, Steve. Thanks a lot. Talk to you soon.

CURWOOD: And there's more on these stories on our website at LOE.org, and check us out sooner rather than later.

“At last, proof of a climate scientist getting rich peddling science.”