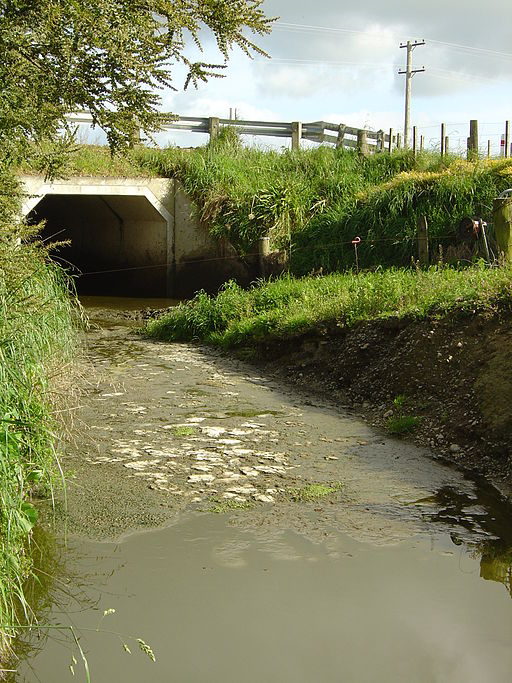 A new Wyoming law – touted by supporters as protecting private property rights – slaps a penalty of up to a year in prison on any individual who attempts to unveil environmental violations occurring on private land. (Photo: Alan Liefting, Wikimedia Commons CC BY 2.0)

In this week’s trip beyond the headlines, Peter Dykstra tells host Steve Curwood about how a new Wyoming law that restricts data collection on private lands can conceal environmental violations. Also concerns about drone aircraft that spray fields with pesticides and a look back twenty-five years to the mysterious bombing of two Earth First! activists who were trying to protect California’s redwoods.

CURWOOD: Off to the world beyond the headlines now, in the company of Peter Dykstra of the DailyClimate.org and Environmental Health News, that’s EHN.org. He joins us on the line from Conyers, Georgia. Hello, Peter, what’s caught your attention today?

DYKSTRA: Hi, Steve. I’ve got a head-scratcher for you today. It’s from Wyoming, where earlier this spring the State Legislature passed and Governor Matt Mead signed a law that supporters say protects private property rights but critics say enables concealment of environmental crimes. Under the law, any individual who collects data or takes photographs of environmental violations on private land is subject to up to a year in prison.

CURWOOD: Hmmm, that sounds like they’re going a step beyond those so-called “Ag-Gag” laws that have been rolled out in several states. And some say those laws are designed to prevent the collecting of evidence of inhumane conditions on factory farms.

DYKSTRA: But this may be worse, and may be weirder too. The Wyoming law, endorsed by farmers and ranchers groups and the state’s biggest law enforcement organization, says that unless you get the written permission of landowners, any evidence you collect on environmental violations will get thrown out of court, and you’ll get thrown into court.

CURWOOD: And I’m trying to find the source of, say, E.coli in my drinking water, and I think that maybe your cattle pooping into my drinking water stream is the problem. I have to get your permission to see if you're breaking the law?

DYKSTRA: Yeah, good luck with that. Anyway, some legal scholars say the law could never stand a First Amendment challenge, so we shall see. Now, get off my ranch! 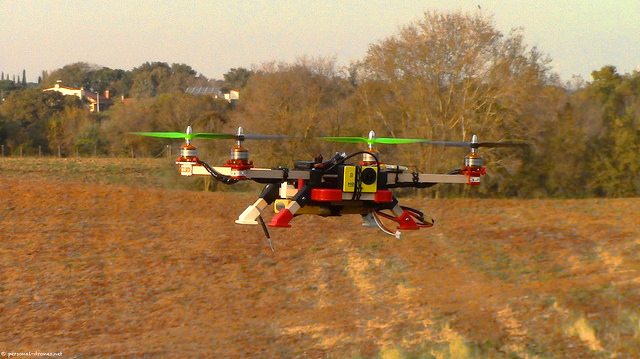 CURWOOD: Sure, but only because you ask so nicely. What’s next?

DYKSTRA: Let’s move on to an item from the “What Could Possibly Go Wrong?” department.

DYKSTRA: The Federal Aviation Administration has approved the use of an enormous drone aircraft to spray pesticides and fertilizers on farm fields. The RMAX, made by the Yamaha Corporation, presumably the part of Yamaha that makes engines and motorcycles, and not the part of Yamaha that makes pianos, has to be big enough to carry chemical tanks to do the spraying. It’s a remotely-piloted helicopter the size of a pro football running back – 207 pounds – and it’s already in use spraying rice crops in Japan.

CURWOOD: Pesticides and remotely-piloted aircraft – what could possibly go wrong?

DYKSTRA: Well, let’s separate out the two issues. A 21st Century drone may in fact be safer than an 80 year-old biplane to spray crops. I’m actually more concerned about the types of chemicals they’d be spraying, and of course, a major issue with aerial pesticide spraying is drift, when the wind carries the chemicals away from the targeted crops and possibly into neighboring communities. Still, I can’t stop thinking about what great plot material a chemical-spraying robot aircraft would have been for the Twilight Zone, or Benny Hill, or Pinky and the Brain. We’ll see how this one works as well.

CURWOOD: I suppose we will. Now fly us over to the history calendar for this week. 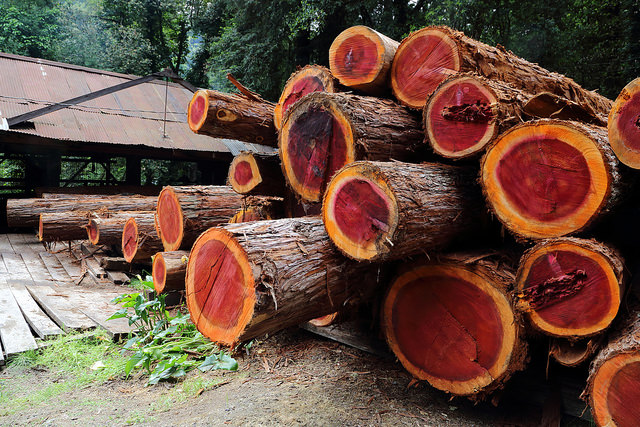 DYKSTRA: It’s been 25 years since a controversial bombing heated up the war of words and protests over logging of California’s redwood forests. Activists from Earth First! had designated a season of protests and civil disobedience in redwood country as the Pacific Lumber Company proceeded to take down huge, ancient redwood trees. Two of the protest leaders, Judy Bari and Darryl Cherney, were driving through Oakland, California, when a pipe bomb went off under the passenger seat of their car, maiming Judy Bari. Cherney suffered less serious injuries.

CURWOOD: That was a huge story at the time, and it’s hard to believe it is a quarter century ago.

DYKSTRA: It is indeed, Grandpa. The Oakland Police and FBI got right to work on investigating the bombing. Their conclusion: Judy Bari and Darryl Cherney bombed themselves while attempting to carry the pipe bomb to some other target. The two activists had received multiple death threats, and tried to assure law enforcement that if they were to carry a motion activated pipe bomb around, they probably wouldn’t store it 12-inches beneath one of their rear ends. The case kicked around for years. The bombing is a cold case to this day, but Bari and Cherney won vindication in a civil suit in which they were awarded $4.4 million in damages from the Oakland Police and FBI. But that 2002 court victory came too late for Judy Bari who died of cancer in 1997.

CURWOOD: Another example of when justice is delayed it can be justice is denied. Peter Dykstra is with Environmental Health News, that’s EHN.org, and the DailyClimate.org. Thanks, Peter, talk to you next time.

“US gives farmers approval to spray crops from drones”