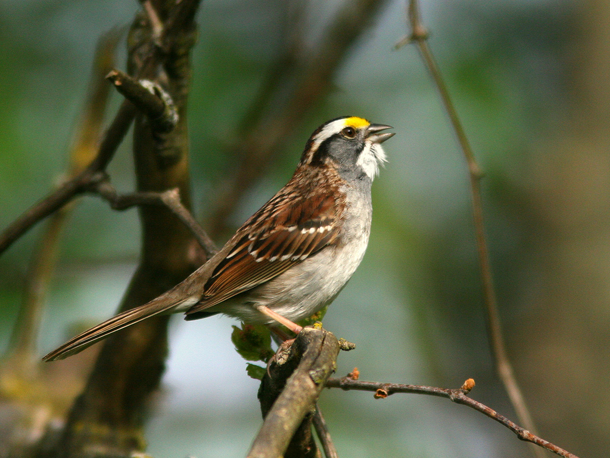 Scientists at Emory University wanted to know whether a bird experiences a song from its own species the way we experience music. (Photo: Ken C. Schneider)

Listening to the birds sing brings deep joy to many people, and so does music. But how the birdsong and music relate is a mystery that scientists are now struggling to unravel, as Michael Stein explains.

CURWOOD: It may not be a surprise that our close primate relatives seem to have cognitive responses and understanding that is parallel to ours. But as Michael Stein explains in today’s BirdNote®, we seem to be on many of the same pages with our feathered friends, at least when it comes to song.

STEIN: Scientists at Emory University have taken a novel approach to a question that's hung in the air for millennia: how are music and bird song related? The new approach puts the question this way: looking at what happens in the brain, does a bird experience a song from its own species the way we experience man-made music? Brain imaging studies have shown that hearing enjoyable music lights up what's called the mesolimbic reward pathway in the human brain. The study reveals a very similar pattern in the sparrow’s brain. Female White-throated Sparrows, hormonally charged for breeding season, were played songs of male White-throated Sparrows.

Just as in humans, the mesolimbic reward pathway lit up. You might say the sparrows were, at the neural level, turned on by the songs of a potential mate. 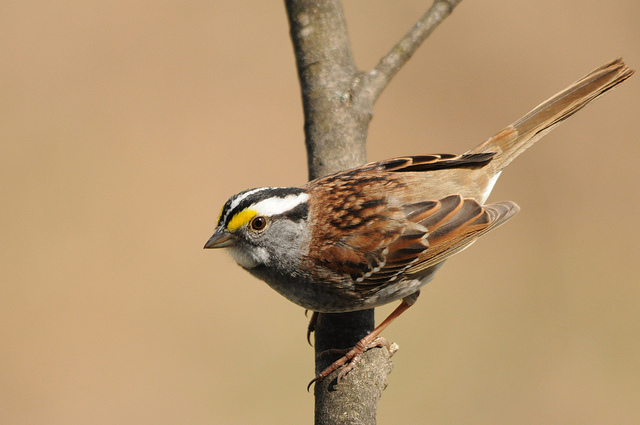 Not so with male sparrows, though. Hearing the song of another male triggered the part of the brain similar to the one that lights up when humans hear horror film music.

For a male sparrow, when he hears the song of a potential breeding rival, there's a lot at stake.

CURWOOD: You can find pictures if you hop on over to our website LOE.org.


Listen to this week’s BirdNote®

About the white-throated sparrow