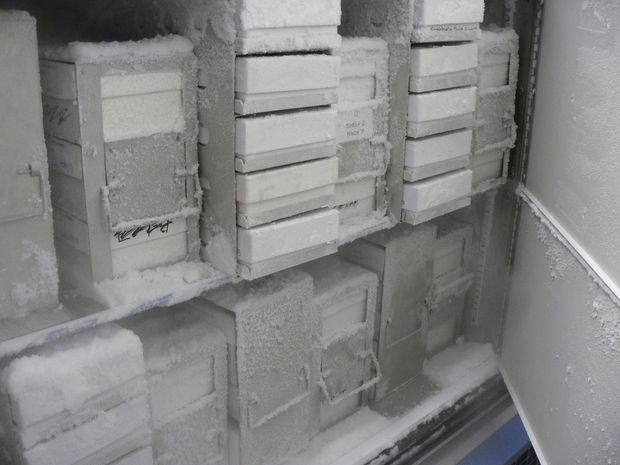 A new study that uses blood samples collected over 50 years ago finds that women who were exposed to DDT in the womb have a four-fold increase in breast cancer risk today. Study author Dr. Barbara Cohn of the Public Health Institute describes the finding to host Steve Curwood and suggests how we should think about DDT and the risks of thousands of other chemicals.

CURWOOD: From the Jennifer and Ted Stanley Studios in Boston and PRI, this is Living on Earth. I’m Steve Curwood. DDT was banned in the United States over 40 years ago, a decade after Rachel Carson first raised the alarm about the pesticide in Silent Spring. And DDT has long been suspected in the human breast cancer epidemic, but research in the 1990s could not demonstrate a credible link. In 2007 Dr. Barbara Cohn, of the Public Health Institute in Berkeley, California, talked to us about her study that linked pre-puberty exposure to DDT as a risk for breast cancer in adulthood, using indirect epidemiological evidence. Well, now Dr. Cohn joins us again, to explain how her team has taken this research a giant step further with hard evidence that matches DDT exposure in utero to elevated rates of breast cancer when women hit their 50s.

COHN: This is the very first study that I'm aware of where we have actually been able to measure in utero exposure to an environmental chemical — in this case DDT, which was a pesticide — and look forward 54 years at the risk of breast cancer for women who were exposed in utero. We found that women who had the highest levels of exposure, in the top 25% of exposure, had more than a 3.7 fold, almost a fourfold increase in risk of breast cancer by the age of 52.

CURWOOD: Why does the age of exposure matter with respect to breast cancer risk? 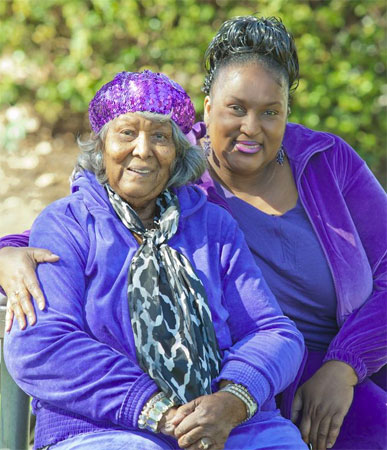 Willie Mae Washington, at left, became one of the first participants in the study more than fifty years ago. Her daughter Ida Washington, now 52, is in the second generation of the study. (Photo: Lindsey Konkel/Environmental Health News, CC)

COHN: Well, we know from animal studies, and we have other clues from humans as well, that there are particular periods in life when the breast is most vulnerable to something that might perturb its development and be related to breast cancer later on. One of those periods is in utero when the breast is forming. Another one of those periods is in puberty, or leading up to puberty, during the hormone storm of that time. Another period is pregnancy itself, when the breast is in a different state, preparing for lactation. Another period is likely when the breast is returning to its pre-lactation state, after pregnancy or after nursing has been completed. And then, finally, during the last hormone storm in the perimenopausal period, may be another period of risk. Different aspects are happening at each one of those points in time, and we expect the exposures during those times may have variable effects depending on when they happen.

CURWOOD: All these periods you've mentioned, as you say, are times of very intense levels of hormones. You call them “hormone storms.” Tell me a little more about that.

COHN: Well, we've long suspected that there are a number of environmental chemicals, and perhaps pharmaceuticals and other exposures, that can interfere with the signaling systems that hormones participate in. These chemicals that can interfere with these hormonal times are often called endocrine disrupters, and they may perturb the natural and normal signaling that is going on at these critical periods and alter the tissue, the cells, and even perhaps the instructions about how DNA and genes are turned on and off, so that, later in life — even much later — the tissue may have a higher risk to become cancerous.

CURWOOD: So what's next in this area of research?

COHN: Next, because there are not very many human studies with a 54 year follow-up like we have, will have to be done in the laboratory, where experimentalists can actually reproduce the timing of exposure and the doses that are analogous to what we found in our study, to first confirm whether they see changes in the breast or the mammary glands of animals that are similar to what we would expect based on our study; and, second, to see if they can understand mechanisms. Human studies never can prove causation. We don't do experiments on humans. And so it's always possible that there are some other chemicals or other exposures that underlie the DDT connection that we've seen. Animal studies are required to determine more carefully whether there's causation. 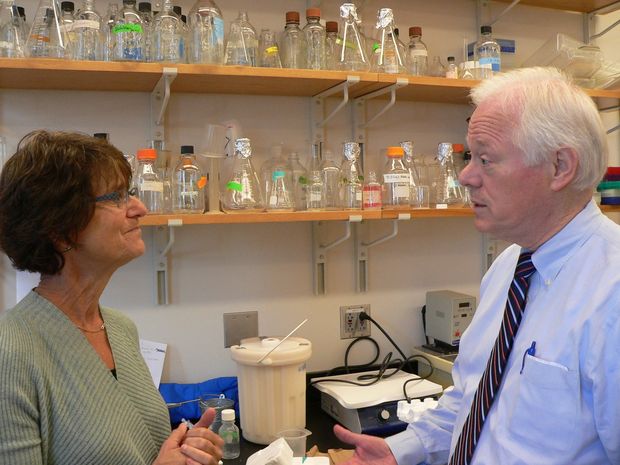 Dr. Cohn collaborates on her research with Dean Jones, professor of medicine and Director of the Clinical Biomarkers Laboratory at Emory University. Using a special high-resolution mass spectrometer, Jones and his colleagues are able to scan a drop of blood for tens of thousands of chemicals. (Photo: Paige Cowett/WNYC with permission)

CURWOOD: Now, DDT was banned more than, what, 40 years ago here in the United States. How concerned should Americans be about DDT today?

COHN: Our present is very much affected by our history, and what we're wondering is how far back we have to go for our history of exposure, to understand our present and our present risks. So here we have women who are very much alive, born in the 1960s, who are just beginning to face the risks of breast cancer that come with age. So that's the first answer to your question. The second answer is the World Health Organization has promoted the use of DDT for public health purposes in countries where malaria is still a very significant public health problem. And my research does not change the potential benefits for the use of DDT to control malaria, because malaria is a terrible public health concern, particularly for women and children. But it does change the assessment of potential risks of exposure to DDT. We have some more experience since the time the World Health Organization essentially re-authorized the use of DDT for malaria control, and the next step that people are talking about taking are ways to do a better job of protecting that vulnerable population, and still do what has to be done to control malaria.

CURWOOD: And for an individual listening to us who is saying, “Hey, how can I find out if I was exposed to DDT in utero,” what can and should she do?

COHN: A woman cannot go back and change the past, but she can change her future. And a recommendation is to look to the lifestyle guidelines that the American Cancer Society provides, work with her doctor to talk about what screening is appropriate for her, and also consider whether it might be right for her to try to avoid unnecessary exposures to chemicals that might be suspect, but that we don't really know about yet. 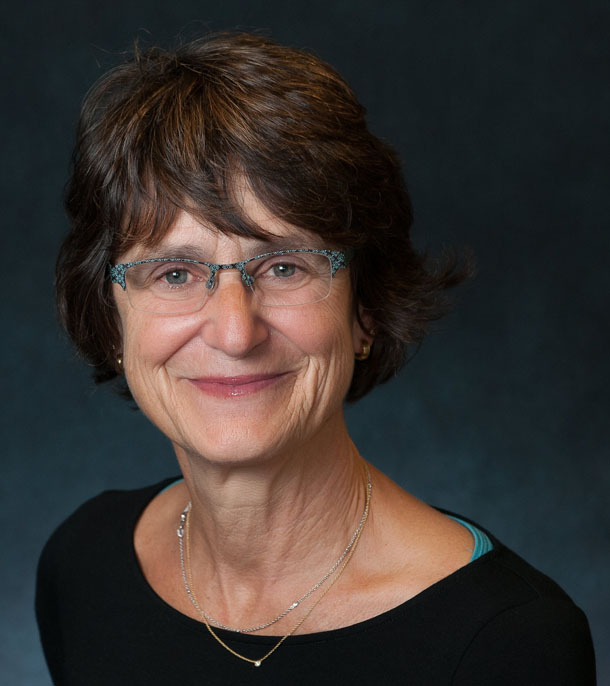 Dr. Barbara Cohn is the Director of the Child Health and Development Studies at the Public Health Institute in Berkeley, California. (Photo: courtesy of Dr. Barbara Cohn)

CURWOOD: Dr. Cohn, what do your findings tell us about what we need to be thinking about today, about the potential risks of the many chemicals we use?

COHN: Well, I believe the study is very much a proof-of-concept study. It's very unlikely that we'll be able to ever study the 80,000 chemicals that are out there, some of which may have the potential to increase risk for breast cancer and other health problems as well. Since we cannot do that, perhaps what the study is saying, that because there is this potential for these chemicals to do harm, we have to turn to the public policy arena to discuss what level of risk society is willing to take, and to examine carefully both the benefits and the risks of using certain classes of chemicals in our modern life.

CURWOOD: Dr. Barbara Cohn is an epidemiologist and Director of the Child Health and Development Studies at the nonprofit Public Health Institute in Berkeley, California. Dr. Cohn, thanks so much for taking the time today.

COHN: You’re welcome. Thank you for having me.

“Breast cancer and the environment: Studied for half a century, these women are ‘a national treasure’”

Our story on DDT exposure during youth and breast cancer

“What Causes Breast Cancer? These Mothers and Daughters May Hold a Clue”

WHO statement: “The use of DDT in malaria vector control”

Reducing the Risk of Breast Cancer