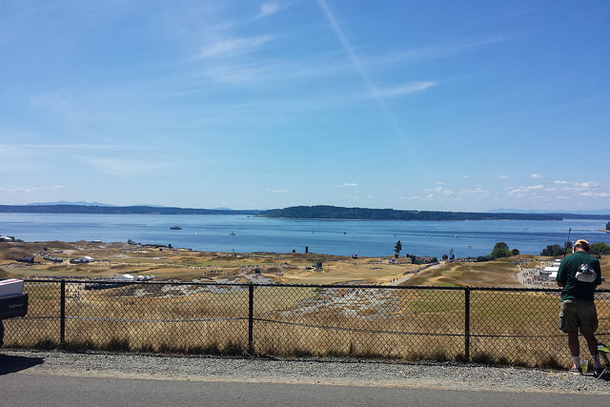 In this week’s trip beyond the headlines, Peter Dykstra tells host Steve Curwood how the U.S. Open went green by opting for brown grass and shares a positive benchmark for the Hudson River. He also takes a look back at some powerful journalism that predicted Hurricane Katrina’s damage three years before ‘The Big One’ hit New Orleans.

CURWOOD: Off to Conyers, Georgia, now to find out what Peter Dykstra has to say. Peter’s with the DailyClimate dot org and Environmental Health News — that’s EHN.org — and he’s been checking out what’s notable beyond the headlines. Hi there, Peter.

DYKSTRA: Well, hi, Steve. I’m not too big on golf. My uncle borrowed my clubs for the weekend in 1978 and hasn’t returned them yet, but I can’t say I’m missing them. But golf and the environment – and all that water it takes to maintain a golf course – are in the news. The U.S. Open was played last week at Chambers Bay, on the shores of Puget Sound in Washington State. The site of the course used to be a gravel mine that was reclaimed as a public park and a world-class golf course. And Chambers Bay uses reclaimed water for its grass, also using sewage sludge from a nearby treatment plant as fertilizer. 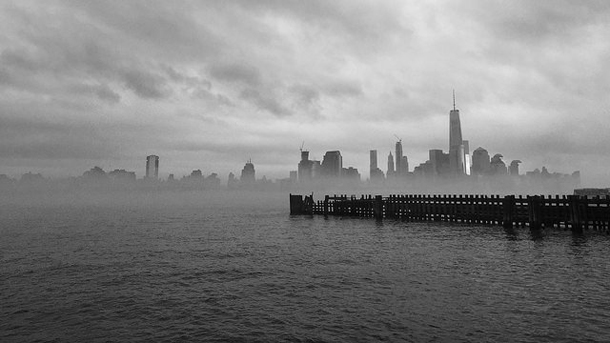 For thirty years, electrical companies used polychlorinated biphenyls (PCBs) to make and insulate devices like transformers and capacitors. Two General Electric plants dumped an estimated 1.3 million pounds of PCBs into the Hudson River before the EPA banned the chemicals in 1977. General Electric has been dredging the river to remove PCBs since 2009, and the project will be completed this year. (Photo: Ryan Varsi, Flickr CC BY 2.0)

CURWOOD: So the US Open was just partially powered by poop?

DYKSTRA: Sounds like an out-take from “Caddyshack,” doesn’t it? And not all of the golfers liked it. Sergio Garcia, currently ranked as the ninth-best men’s golfer in the world, tweeted a complaint about the brown grass – which is actually a grass variety meant to withstand the brutal drought currently gripping the West Coast. Some golf courses can use up to a million gallons of water a day – including the one in Rancho Mirage, California, where President Obama took some drought-based grief for playing last week – but Chambers Bay hopes to reduce its public water intake to zero within a year or so by using only the reclaimed water from the treatment plant.

CURWOOD: OK, so tee up your next item.

DYKSTRA: A little good news — maybe, kind of. Nearly seventy years after two General Electric factories starting dumping PCBs into the upper Hudson River, the main part of the federally-mandated dredging operation to remove the worst of the contamination is winding down. But EPA says it may take another seventy years – maybe more, and maybe NEVER – for a true recovery of the Hudson. The New York State Department of Health has a daunting “DO NOT EAT” list of fish for the river, including Smallmouth bass, striped bass, walleye, catfish, as well as blue crabs. 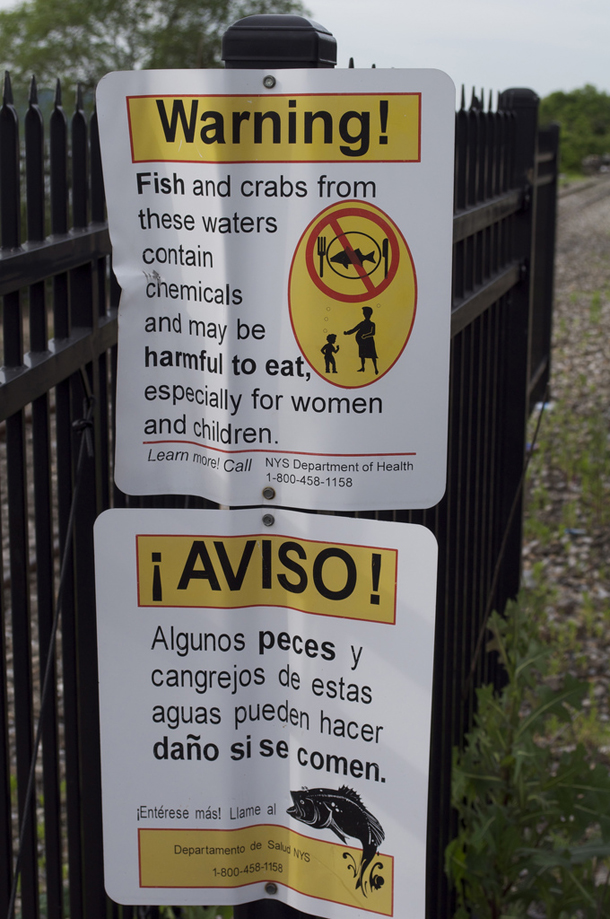 Even though 2.7 million tons of contaminated sediment will be removed from the Hudson by the end of 2015, the river still has a long way to go. The EPA estimates that fish from the Hudson won’t be safe to eat for at least seventy years. Ned Sullivan, president of Scenic Hudson, estimates that 40% of the PCBs will remain in the water even after the cleanup project is completed unless more dredging is done. (Photo: Kai Brinker, Flickr CC BY-SA 2.0)

CURWOOD: So things may be improving for the Hudson, but some pollution, for practical purposes, it seems, is forever.

DYKSTRA: Right, and that also applies to other PCB sites, including New Bedford Harbor and the Housatonic River in Massachusetts, Waukegan Harbor on Lake Michigan in Illinois, and Anniston, Alabama. These chemicals are carcinogenic, and they literally take centuries to break down naturally.

CURWOOD: Huh. Well, on that cheerful note -- take us back for a look at environmental history.

DYKSTRA: We’re coming up on the tenth anniversary of Hurricane Katrina in August, but one of the most important and complete accounts of Katrina’s damage was written thirteen years ago this week, in 2002.

CURWOOD: Wait a second, you’re saying one of the best stories on Katrina was written three years before the storm Katrina?

DYKSTRA: That’s exactly what I’m saying. In June, 2002, reporters Mark Schleifstein and John McQuaid of the New Orleans Times-Picayune launched a series called “Washing Away” – powerful stories about the threats to Louisiana’s coastline and the catastrophic hurricane that would some day engulf the city. These two reporters touched all the bases: how coastal erosion, partly caused by canals and oil pipelines, had eroded much of Louisiana’s hurricane protection. How the levees, including the ones that gave way on August 29, 2005, were no match for a major storm surge. How the state, city and feds were unprepared for a mass evacuation. How a major channel built to give ships a quick exit from the Mississippi River also gave the storm surge a quick entry. 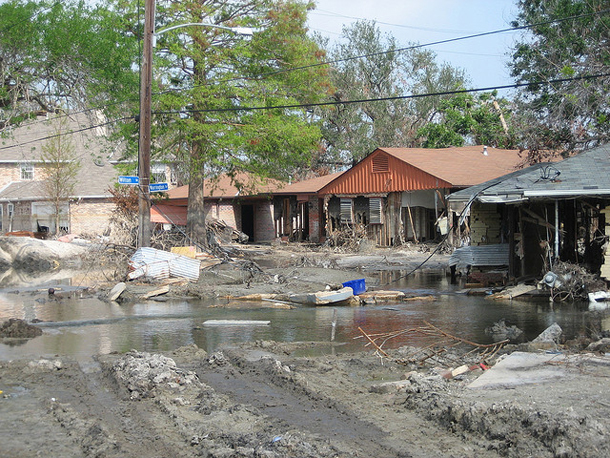 New Orleans Times-Picayune Reporters Mark Schleifstein and John McQuaid predicted the damage done by Hurricane Katrina three years before the storm ravaged New Orleans in August 2005. They anticipated the city’s levees would give way, its channel would facilitate flooding, and its government would be unprepared for a mass evacuation. (Photo: Infrogmation of New Orleans, Flickr CC BY 2.0)

CURWOOD: And I recall that meteorologists, emergency managers and others had been warning about The Big One for years.

DYKSTRA: Yes, and the stories from Schleifstein and McQuaid tied it all together. They probably saved a lot of lives for those who heeded their warnings about the flood risk and evacuation challenges, but those warnings went largely unheeded by many people in authority. The mayor and governor – both Democrats – and the Republican White House – were bipartisan clueless when Katrina came calling for real. I wish there were a Pulitzer Prize for I-Told-You-So for reporters like these two. More importantly, I wish people would listen more to reporters. And to emergency managers, too. When they wave the red flag, they’re right a lot more often than they’re wrong, and the difference can literally mean life or death.

CURWOOD: Peter Dykstra is with Environmental Health News, EHN dot org and the DailyClimate dot org – and there’s more on his stories at our website LOE dot.org. Talk to you next time, Peter.


US Open played on natural grass

The U.S. Open grass was brown for a reason

How California golf courses are staying “green” despite a drought

EPA on the Hudson River cleanup