Human Influences on the Mosquito 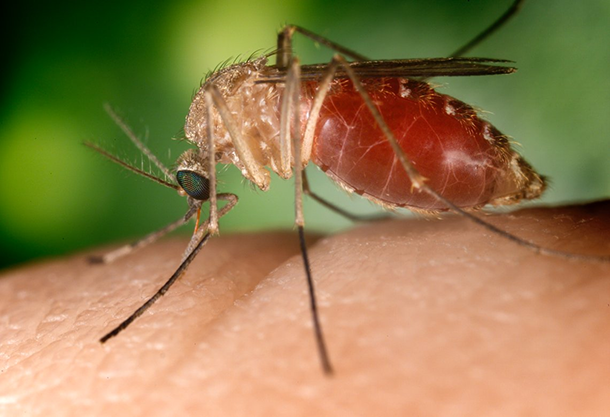 C. quinquefasciatus is the Southern California subspecies of the Culex pipiens complex, which was used in the experiment. The two are indistinguishable from one another to the point that they can form hybrid swarms. (Photo: CDC)

The war waged between mosquitoes and humans is an historic one, which we now fight with prevention and pesticides. But the mosquitoes’ genome seems to keep up. USC molecular biologist Hossein Asgharian tells host Steve Curwood how analyzing how the genome is changing will help fight these disease vectors as climate change extends their range.

CURWOOD: It’s summer. Time for long, warm days spent outside, and the relentless war that’s waged between people and mosquitoes. Because mosquitoes can carry deadly diseases, we humans have devised plenty of ways to keep those small whiny bloodsuckers away – things like screens and repellents and nets and insecticides. But the various species of mosquitoes seem able to adapt to every strategic strike we launch against them. Scientists in the US and Russia are working together to figure out the secrets of mosquito adaptability by studying the genetics of different populations of those bugs in cities and forests in California and Russia. They’ve recently published a paper in the Proceedings of the Royal Society B and the lead author, Hossein Asgharian, a Molecular Biologist at USC, joined us to explain what they did, and what they found.

CURWOOD: What species of mosquitoes did you study and why? And where are they found?

ASGHARIAN: We studied two species of mosquitoes, the main species is Culex pipiens, and we also used an out-group species called Culex torrentium. Out-groups are often used in evolutionary studies to have a reference point. So, the Culex pipiens has different biological forms, the urban form and the suburban form, but Culex torrentium, as far as we know, is only found in natural or suburban areas.

CURWOOD: So you decided to dive into the genetic structure of the mosquitoes to find out how we could take them on. By the way how many genes do mosquitoes have?

CURWOOD: And us humans we have about...

ASGHARIAN: About the same. So the way they function is different, but the number of genes isn't that different. 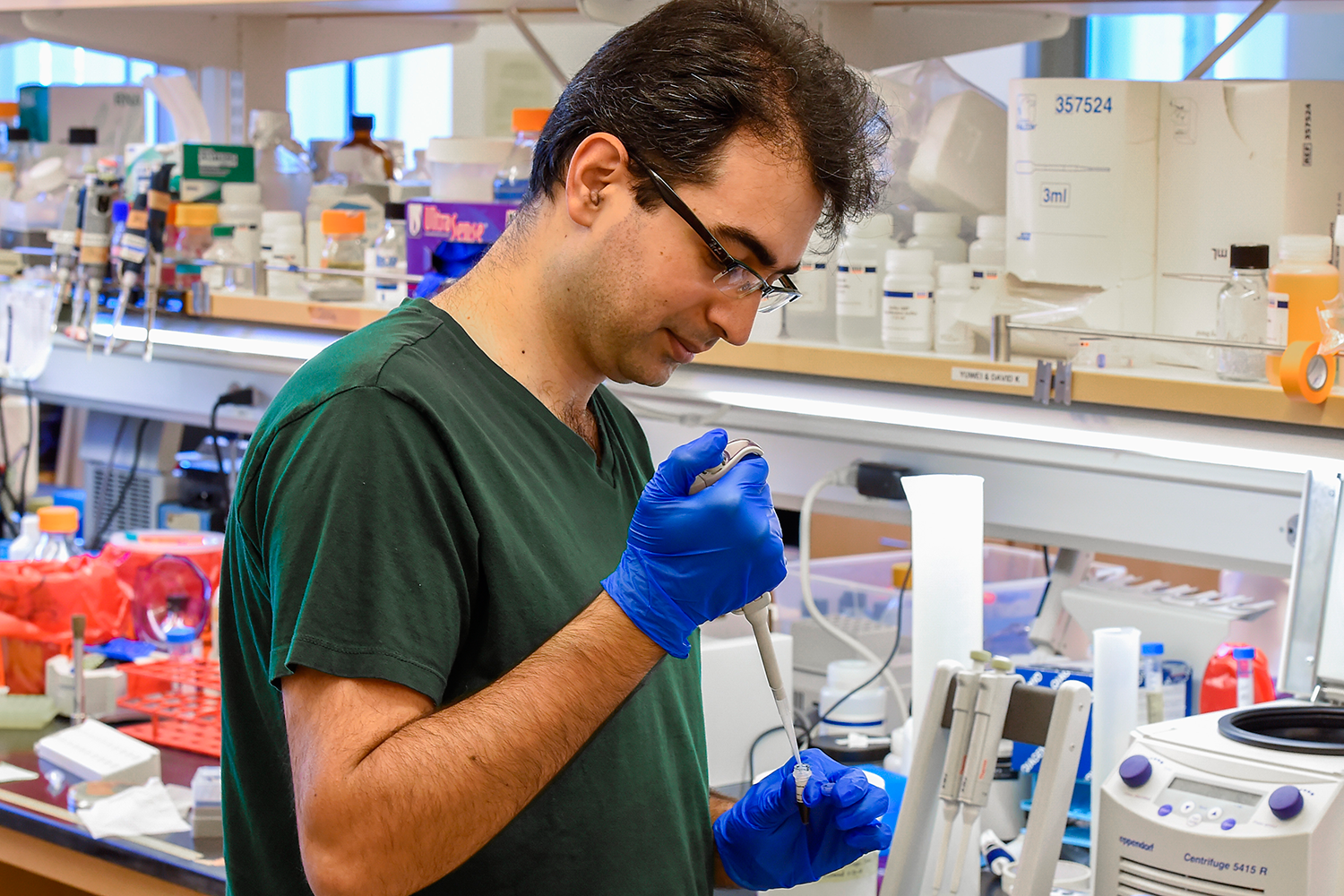 CURWOOD: Now, speaking about your study, in a nutshell, what did you find?

ASGHARIAN: We started with two main questions. The first question was about the population structure of these mosquitoes. In the cities, especially in underground spaces, in railway stations, for example, the mosquitoes that you may find are the urban form. These two forms have different biological characters. There are differences in their reproductive behavior. There are differences in their physiology. There are differences in their choice of host. So in the forest, the suburban form usually goes for birds or small mammals, but the urban form also prefers humans. We wanted to know if the urban mosquitoes from all of these areas look more similar to each other than they do to the suburban form. And our finding was that basically geographical location is the most important factor in determining genetic similarity. In other words, urban and suburban mosquitoes from Moscow are more alike and urban and suburban mosquitoes from Sacramento look more alike. And it is not based on the habitat types so it looks like urban forms arise from the suburban native populations. And then the second question was about natural selection of the genome. In other words, we wanted to know what genes are undergoing fast changes in the genomes of these mosquitoes, and if you can identify the driving forces behind these changes.

CURWOOD: So which genes did you find were experiencing the most evolutionary pressure, and why?

ASGHARIAN: We estimated that there are about five to 20 percent of all genes, depending on the population, that are undergoing recent adaptive evolution. For example, we saw many genes involved in detoxification. The interpretation is that these mosquitoes are becoming resistant to insecticides and many of these adaptations are happening locally. In other words, different populations are becoming resistant to different chemicals and the changes are happening in different genes even if they want to accomplish the same goal. Because often there are multiple solutions to the same problem in the biology of an organism, and different populations apparently try to solve their problems in parallel ways. This means that if we want to plan defensive strategies we will have to sample each population separately and plan specifically for that population.

CURWOOD: So what kind of advice would you offer public health officials based on your research about how to control mosquitoes in urban areas?

ASGHARIAN: So because our finding suggests that adaptations are happening locally rather than globally, the main advice is not to write the same prescription for all of the populations all around the world. So the advice is do sampling because in a single genomic scan you can have some level of understanding of all of the genes and all of the proteins that may, for example, become resistant to insecticide. So you will not need to do single biochemical assays for each chemical. And then based on the properties of each population, plan a defensive strategy. 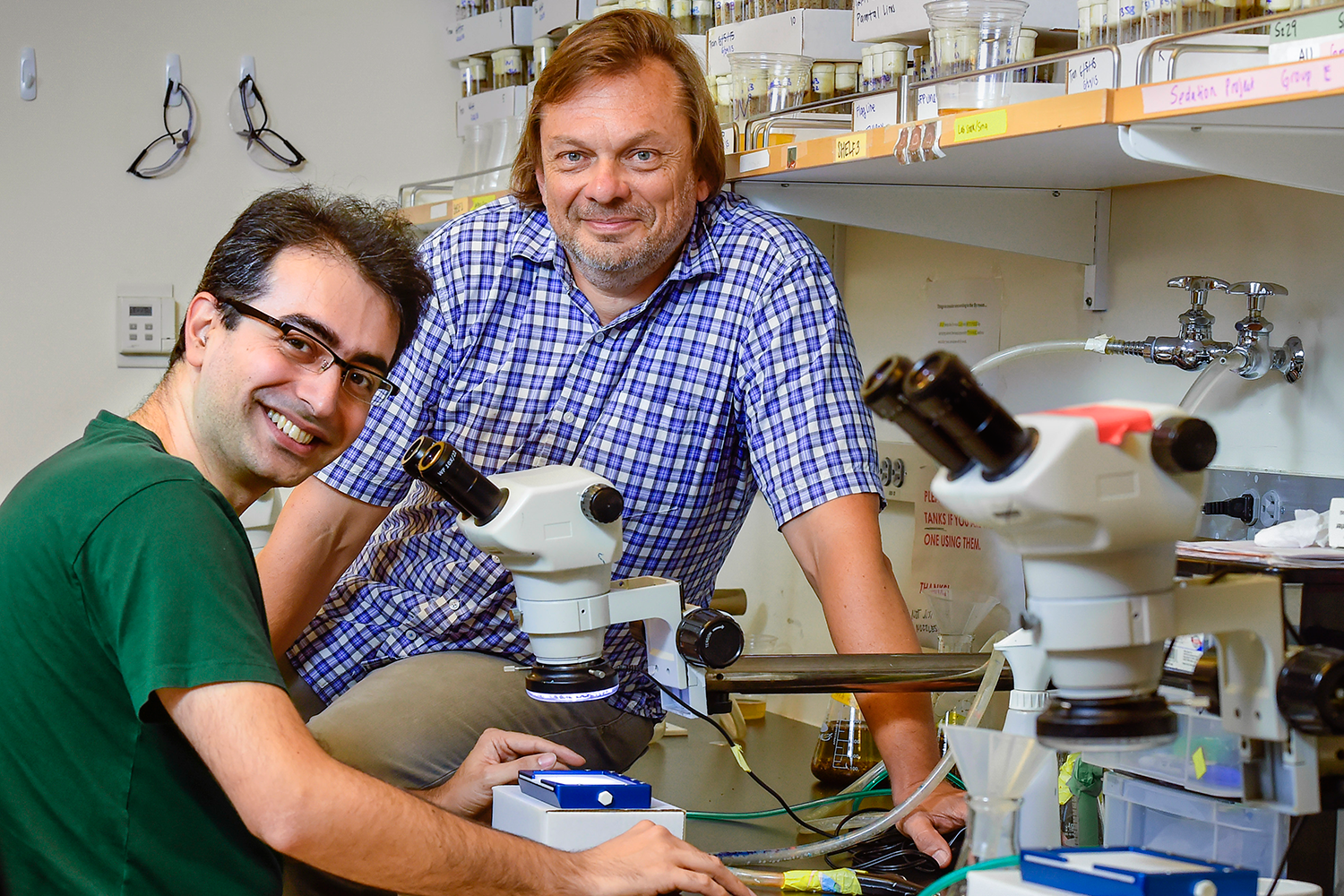 ASGHARIAN: In terms of climate change it has several effects, but mosquitoes, I can think of two things. One of them is as you mentioned becoming resistant to new insecticides because we are applying different chemicals on them. But also there is the fact that because each mosquito, each species basically prefers a specific environmental set of conditions, when climate change happens, they shift their range, and when they shift their range, they will carry different diseases so if you can basically anticipate the response of these mosquitoes to climate change and we can anticipate the shift in their range, we can expect what will be the profile of the more common infections, diseases be in each area that these mosquitoes carry.

CURWOOD: Hossein Asgharian is a molecular biology PhD candidate at USC and lead author of this study on mosquito evolution. Thank you so much for taking the time with us today.

ASGHARIAN: Glad to be here. Thank you.

About the Culex pipiens genome