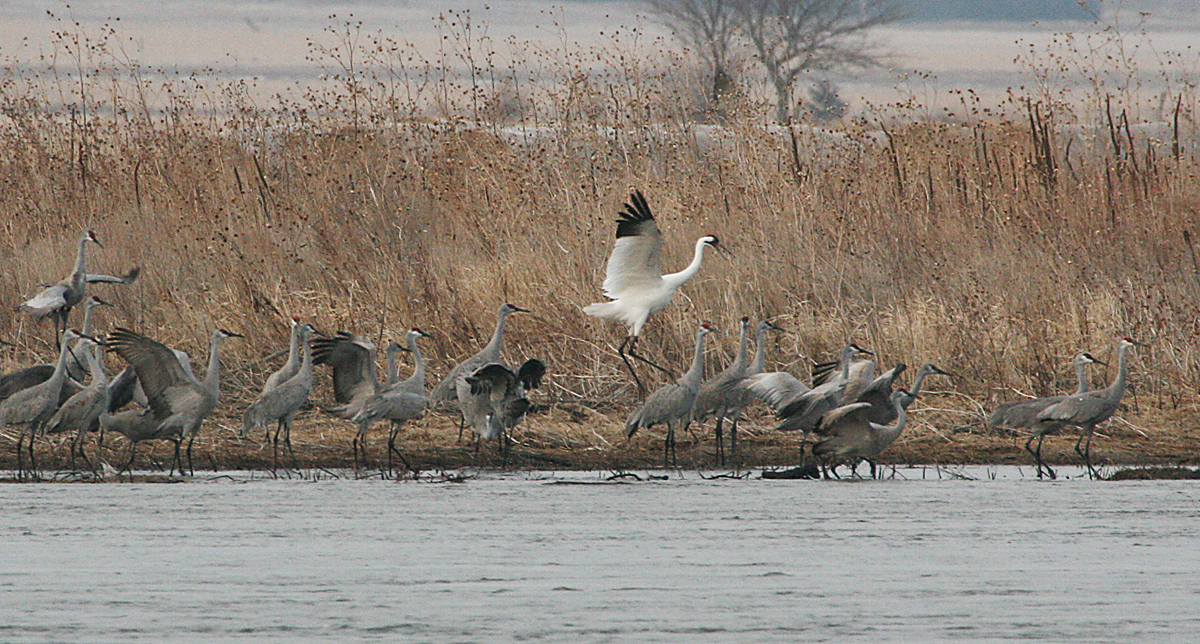 Whooping Crane and Sandhills on the Platte (Photo: The Crane Trust©)

Whooping Cranes are the largest and most endangered of US wading birds. In the fall, small planes track their migration as they stop off at the Platte River in Nebraska, as Michael Stein reports for BirdNote.

CURWOOD: As well as shorter days, migrating birds are a feature of this season, especially on the major routes that transit North America, like the Central Flyway from the Gulf of Mexico to Canada. Here's Michael Stein with our BirdNote®.

[WIND ON THE LAND PLUS WATER AT RIVER’S EDGE]

STEIN: We’re here this early November dawn on the Platte River in Central Nebraska. Out of the east, in the first light, flying low above the river’s braided channels comes a small aircraft. 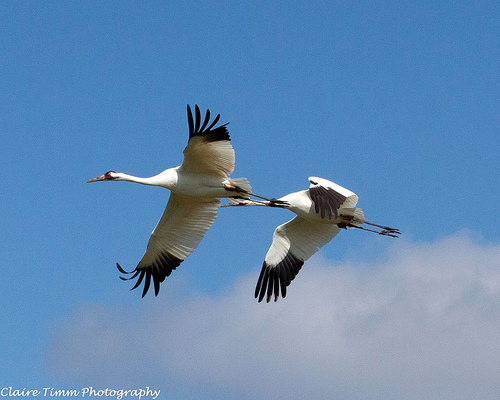 You could call it the Platte River Crane Plane. The pilot and two observers are searching for Whooping Cranes.

With a population of just 270, these birds are among the most endangered in North America. Breeding in Wood Buffalo National Park in Canada, the cranes fly south to winter along the coast of Texas. In Autumn, they pass through the Platte River Valley, typically during late October and early November. 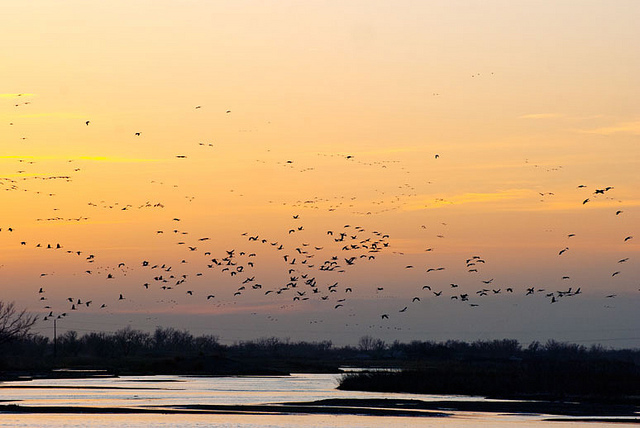 If cranes are spotted, a ground crew hurries to their location to monitor the birds’ behavior and document their choice of habitat. This careful observation is made possible by a precedent-setting court ruling giving endangered wildlife and their habitat legal standing in the use of the Platte River’s water. 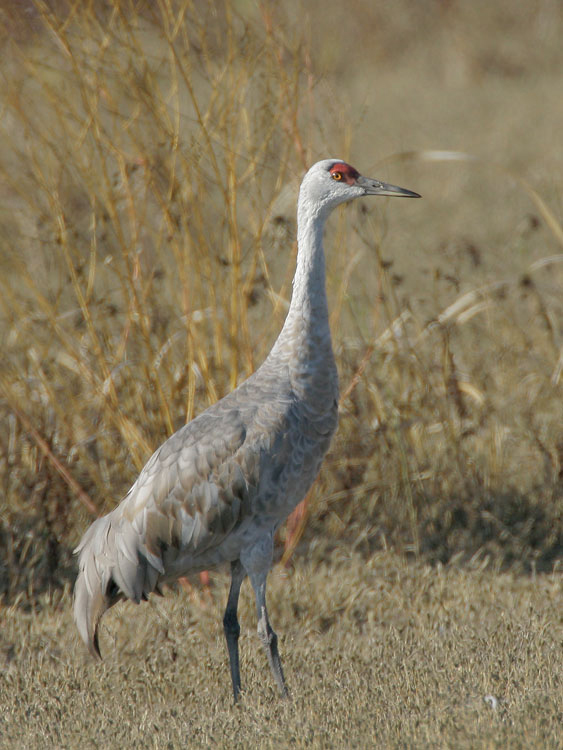 Two planes fly every day between early October and early November. They fly at first light because the cranes, to protect themselves from predators, stand in the river’s shallow waters at night. One could do worse than to be, at dawn, an observer of cranes.

Wind in reeds recorded by Gordon Hempton of QuietPlanet.com. Lapping of water recorded by C. Peterson.

BirdNote’s theme music was composed and played by Nancy Rumbel and John Kessler.

CURWOOD: To see some photos of the whooping cranes, swoop on down to our website LOE.org

Crane Trust—helping to protect cranes and their critical habitat