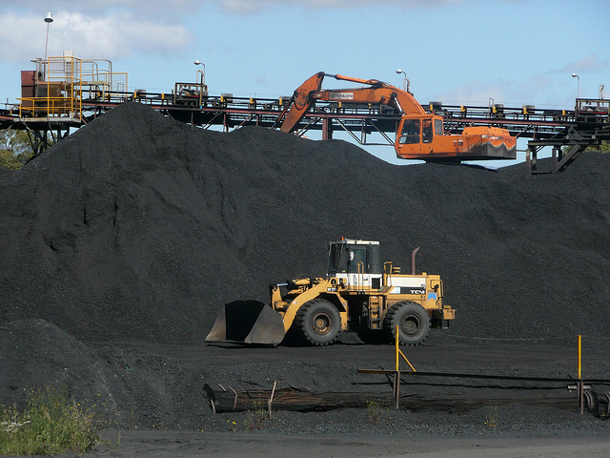 Peter Dykstra and Host Steve Curwood discuss a rebuke to the Trump administration’s efforts to prop up coal and nuclear power, and a controversial deal to allow a road through an Alaskan wildlife refuge. In environmental history, the two remember an agreement to disclose toxic chemicals in industrial settings, and how the events of 9/11 derailed that transparency.

CURWOOD: It’s Living on Earth, I’m Steve Curwood. We’ll check out what nuggets Peter Dykstra has mined beyond the headlines now. Peter’s an editor with Environmental Health News, that’s EHN dot org and DailyClimatedotorg, and he joins us from Atlanta, Georgia. Hey Peter, has the weather warmed up for you?

CURWOOD: Oh yeah. So, what do you have for us this week?

DYKSTRA: The Federal Energy Regulatory Commission is a fairly obscure agency whose five commissioners – four of whom were appointed by President Trump – rule on how billions of dollars can change hands between the federal government and the energy industry.

So you might think that an Energy Department proposal to keep aging coal and nuclear plants open – ostensibly to keep the biggest variety of power sources available – and to make the supply more reliable – would sail through. But that isn’t what happened – the commissioners turned it down.

CURWOOD: Huh, sounds like they wanted to let the market decide, and not pick winners and losers in energy.

DYKSTRA: Right. The DOE proposal would have prevented the closure of coal and nuke plants, which generally cost more to run than natural gas plants. Wind farms and power from the sun are on the brink of leaving coal or nukes in the competitive dust. Studies suggest that backing more expensive power like coal and nuclear could cost ratepayers nearly $12 billion dollars nationwide.

CURWOOD: So a commission dominated by Trump appointees just sent a sharp rebuke back to Energy Secretary Rick Perry, huh? 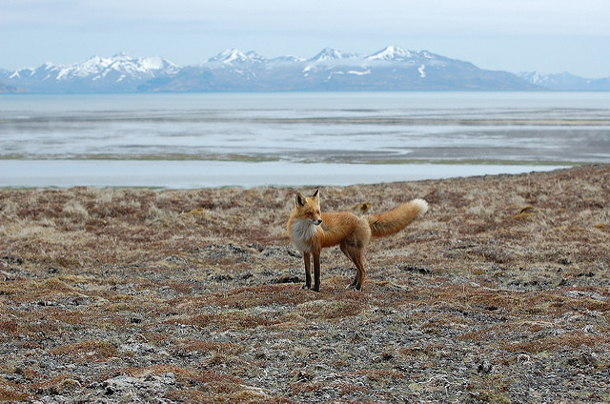 A red fox in the Izembek National Wildlife Refuge, where the Interior Department plans to allow the construction of a controversial road between the Alaskan towns of King Cove and Cold Bay. (Photo: Kristine Sowl / USFWS, Flickr CC BY-NC-ND 2.0)

DYKSTRA: Yes, and they also had a strange bedfellows coalition of Big Oil and Gas, environmentalists, conservatives, that sided with the Commissioners. Had they approved the DOE proposal, electric grid operators would have been required to charge a tariff to most major forms of energy production, but not coal or nukes.

CURWOOD: So it is proving harder to bring back coal than Mr. Trump promised. Hey, what’s next?

DYKSTRA: Let’s move on to a story from Alaska.

CURWOOD: You’re talking about the renewed effort to drill in the Arctic Ocean or ANWR?

DYKSTRA: No, this one’s from the Alaska Peninsula, that stretch of land between the Alaska mainland and the Aleutian Islands. King Cove is a town of less than a thousand people. For years, they’ve lobbied for approval to build a one-lane, 12-mile gravel road to connect the town to a regional airport at the town of Cold Bay. King Cove’s tiny airstrip can’t accommodate emergency flights to hospitals.

CURWOOD: Well that all seems to make sense, a short, one-lane gravel road would seem like it wouldn’t break the bank, so I guess there’s gotta be a catch, huh?

DYKSTRA: There is: The road would pass through a national wildlife refuge wilderness area, potentially disrupting feeding and other activities for waterfowl, seabirds, bears, caribou and more. And even though they offered a land swap for the wilderness area, the road would be built on, the battle lines are set: conservationists against Federal and state officials.

CURWOOD: And of course, roads are the kiss of death for real wilderness. Finally, let’s get another sample of environmental history, Peter – what do you have for us this week?

DYKSTRA: Let’s travel down the twisting path of what local residents and public safety officials know about the toxic chemicals in their midst.

CURWOOD: Uh, toxic chemicals are among our favorite topics, so go ahead.

DYKSTRA: In 1986, Congress and President Reagan included Right-to-Know provisions in a bill re-authorizing Superfund, the not-so-successful effort to clean up toxic sites. The measure also set up the Toxics Release Inventory, or TRI, which is still in use today.

CURWOOD: Despite the conspicuous changes at the EPA over the past year, I might say.

DYKSTRA: That’s right. But for the most part, industry hated disclosure laws, arguing that if they told local activists and fire departments about the stuff they had on site, it could fall into the hands of terrorists.

In the 1990s, public efforts to push for greater disclosure laws continued. And then in 2001, two things happened: A CSX freight train derailed in a century-old tunnel beneath Baltimore, evacuating much of the downtown. And firefighters didn’t really know what they were fighting. 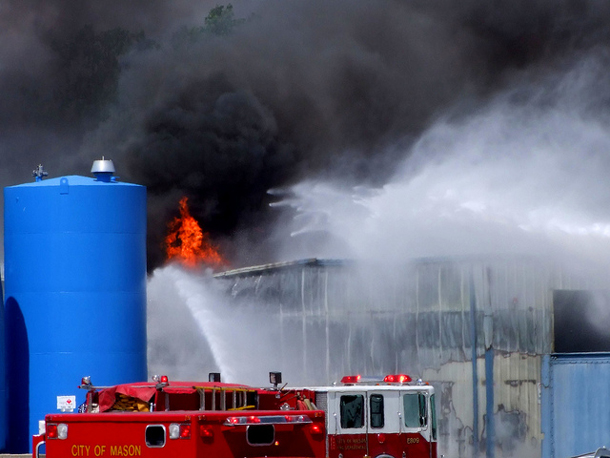 Fighting a blaze becomes particularly dangerous for firefighters when toxic or explosive chemicals could be involved. (Photo: LadyDragonflyCC, Flickr CC BY 2.0)

CURWOOD: And this of course was a train passing through hundreds of at-risk communities.

DYKSTRA: Right, and of course the other thing that happened in 2001 was 9/11, which gave industry a much wider license to not disclose what chemicals they had on site. In Texas, where the state agency was not too keen on enforcing EPA edicts, a 2013 fire broke out at a fertilizer plant in the town of West. Firefighters unknowingly walked straight into an explosion. Fifteen people died. And last year, uncertainty about what the Arkema chemical plant had on site led to mass evacuations during the floods brought on by Hurricane Harvey.

CURWOOD: So what you don’t know CAN hurt you. Peter Dykstra is with Daily Climate dot org and Environmental Health News, that’s EHN dot org. Thanks a lot Peter, talk to you soon!

DYKSTRA: Okay, Steve, thanks – we’ll talk to you next time.

CURWOOD: And there’s more on all these stories at LOE dot org

The New York Times: “In Alaska, a Deal Is Made for a Controversial Road Inside a Refuge”

The Texas Observer: “Your Right Not to Know About that Exploding Chemical Plant Near Houston”