Credit-Worthiness in a Changing Climate

The credit rating agency Moody’s Investor Services issued a company memo that outlines its plans to quantify the increasing risks posed by climate change. They’re part of a growing segment within the business world that wants to address global warming disruption in a more substantive way. Host Steve Curwood spoke with Andrew Teras, an analyst at Breckinridge Capital Advisors who rates communities’ credit worthiness, to find out how cities can address global warming and avoid a downgrade.

CURWOOD: Climate-related disasters can cost a lot of money. The monster hurricanes, huge fires, floods, and droughts of 2017 cost more than $300 billion in damages in the US alone, stressing state and local government budgets, as well as the Trump Administration. And now the agencies that rate the ability of states and communities to pay back money borrowed in the form of bonds are beginning to consider how well those jurisdictions are prepared for climate extremes and instability. Moody’s Investor Services recently unveiled standards they plan to use to integrate climate risks into their ratings for bond issues. To discuss how this could affect communities we turn now to fixed income expert Andrew Teras of Breckenridge Capital Advisors in Boston. Welcome to Living on Earth Andrew!

TERAS: Thanks for having me.

CURWOOD: To what extent do you guys look at climate disruption in your own analyses?

TERAS: We've been integrating what's called ESGs, so environmental, social and governance factors, into our traditional credit analysis for about six or seven years now. What I mean by that, so traditional credit analysis would be when you're looking at, you know, the riskiness of a borrower. You might look at their financial statements, so how much cash do they have in the bank? You might look at their debt. How much debt do they have relative to the resource base, so the tax base? What we do here is sort of take those traditional credit metrics and then we layer on top of that this concept of ESG, and so we're looking at a broader spectrum of risk.

CURWOOD: So here we are near Boston Harbor, also not too far from our studios. How safe are we here, the fourth floor of this building?

TERAS: Certainly, this is an area that is subject to the risk of coastal flood events, but what we would do is say, “Looking at the city of Boston as a whole, what portions of the city relative to the total size of the tax base are exposed?” And so the answer is for Boston right now, this is absolutely at risk, but when you look at Boston versus some other communities, maybe that might be a little smaller, maybe have less in terms of the resource base, Boston has more resources to be able to manage this type of problem.

CURWOOD: Why would a credit agency like Moody's care about climate risk?

TERAS: They would care about it because these types of risk can have direct impact on the ability for a city to pay its bonds, pay its, you know, its credit holders. And so, in a lot of cases when a city issues bonds, what it's pledging you, what they're saying they're going to pay you back from, is from your property tax base, and property tax base is obviously a function of property values. To the extent that property values continue to decline, or, you know, start to decline or decline more rapidly, that can have huge implications for a budget and the less money that's available for essential services, so police and fire, the less money there's going to be available to pay back investors. Now, of course the issue that I think a lot of folks are having to sort of grapple with is, you know, not necessarily that climate change doesn't exist, but how fast is it going to impact and then even if it does come fairly fast, how severe are these problems going to be and what parts of the country are going to be impacted more than others. 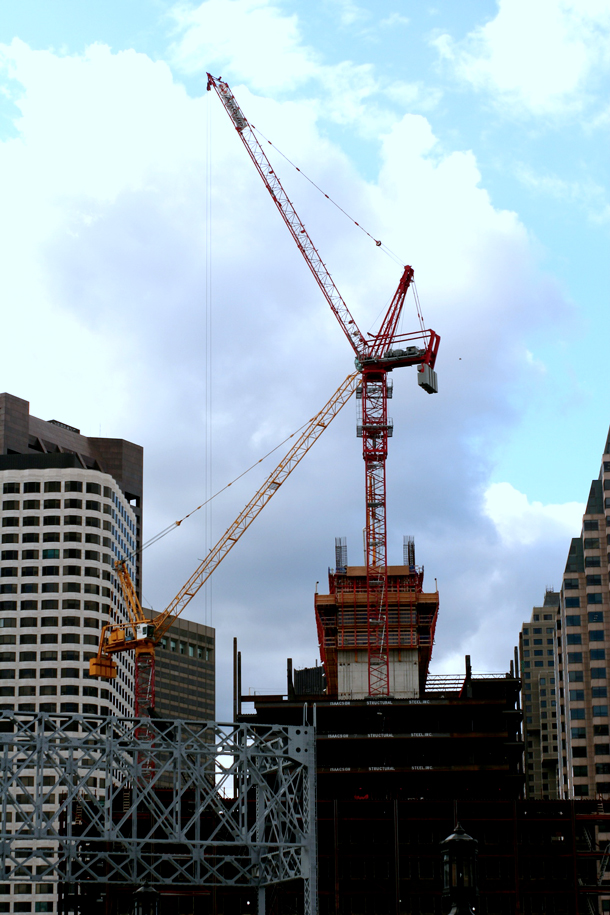 A poor credit rating from a major firm like Moody’s Investor Services could affect a state or local government’s ability to borrow money for infrastructure projects. (Photo: Isaac Wedin, Flickr CC BY 2.0)

CURWOOD: So, what kind of signal is Moody's sending to municipalities, coastal towns, places vulnerable to tornadoes or wildfires. What are they suggesting could happen?

TERAS: They're sending a pretty significant message, and we welcome it. As investors, we definitely appreciate this because the more attention paid to these types of issues, the more likely that meaningful actions are going to be taken to mitigate some of these risks, and there are a lot of ... in many places across the country, a credit rating is an important thing. It allows them to access the capital markets or borrow for infrastructure projects at a reasonable interest rate. What the rating agencies are sort of telling us here is that we are starting to move to a point where we may take action, rating actions, so lower your credit rating, if you are not attuned to these risks. So, this could be pretty pretty significant going forward.

CURWOOD: Now, Moody's has come up with this report. What about the other credit rating agencies – Standard and Poor's, Fitch – how have Moody's competitors responded to this if at all?

TERAS: All three of them have responded for sure. The Moody's piece was a little bit different in that it actually was presenting sort of quantitative measures of how we can evaluate the risk. The other two rating agencies, at least from our perspective, it was a little lacking. It was highlighting the risks, but not telegraphing specific metrics that they're going to use to measure the risk, which is a little less helpful to the market. At the same time, it's a good sign because it means that behind the scenes they're thinking about this stuff, and we are moving light years from where we were even two, three years ago on this issue.

CURWOOD: So, what are you seeing change in the attitudes of cities and states regarding the issue of global warming over these past few decades?

TERAS: There are many communities across the country that really are not thinking about this risk at all. But there are a lot that are starting to think about it, and to the extent that cities, to the contrary, they're not attuned to this risk, you're going to get a lot of questions from a lot of people, investors included, about why you aren't factoring in these risks into your planning or what you're doing about these risks, and if investors don't get answers in terms of at least you're thinking about them, they could demand higher interest rates to lend you money.

CURWOOD: So, in the Moody's report, they don't point to any particular place that has faced a downgrade as a function of climate change. So, how ... what's your thoughts about how far this report goes? Is it far enough for municipalities to get the signal they better start doing something about that or are they going to have to see either a real downgrade or a direct threat of a downgrade to take action? 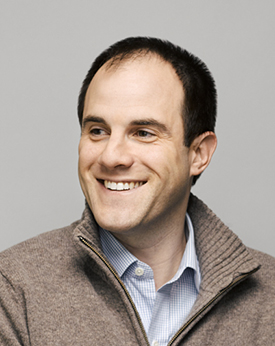 TERAS: I think this might put this on the radar of more communities across the country, but you're not going to see significant action, I don't think, until the rating agencies start paying attention a little bit more in terms of actually saying, “We are lowering your rating because of these risks,” but there's other ways in which, you know, we think that communities – their ears could perk up – outside of what the rating agencies are doing in terms of like borrowing costs. You see this in some parts of the country: To the extent that the insurers there are no longer willing to provide reasonable premiums. Well, that can have a huge impact on the property values.

CURWOOD: So, what else needs to happen on a policy level beyond credit for the municipalities to really start preparing for climate disruption do you think?

TERAS: I think buy-in from all levels of the government and so that starts from the top. So, the mayor or the city administrator. If those folks are not buying in that this is a material thing that needs to be addressed, you're really not going to have success. So, or maybe the city council, for example, needs to need to have buy-in there. So, I think it has to happen from the top down and it needs to pervade really everything that goes on, and the other thing I think is that those folks need to promote this issue amongst their constituents, amongst the business community where they live.

CURWOOD: Andrew Teras is a Research Analyst at Breckenridge Capital Advisors in Boston. Andrew, thanks so much for taking the time today.

TERAS: Thank you for having me.