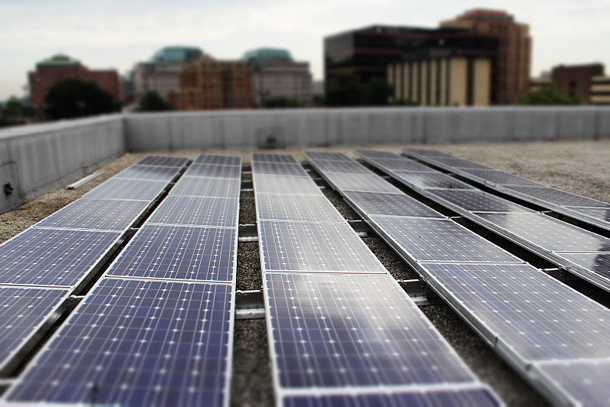 Hawaii is boosting government incentives for solar power while the South Carolina legislature killed a bill that would have encouraged more rooftop solar. And in Iowa, the legislature approved a measure to limit what state utilities could spend on renewable energy, making rooftop solar more expensive for homeowners. (Photo: Arlington County, Flickr CC BY-SA 2.0)

This week, Peter Dykstra and host Steve Curwood look Beyond the Headlines at rooftop solar power, embraced and encouraged in Hawaii but under negative pressure in South Carolina’s legislature. A look at history reminds that energy fights are nothing new, as the pair recall the 1977 protest at the construction site in NH of Seabrook Nuclear Plant.

CURWOOD: Let’s turn now to Peter Dykstra, for a look Behind the Headlines. Peter’s an editor with Environmental Health News, that’s EHN.org and DailyClimate.org. I think Peter’s on the line now from Atlanta. You there, Peter? Hello?

DYKSTRA: I’m here! And how you doing, Steve?

CURWOOD: Oh, good, and you?

DYKSTRA: I’m doing all right, and let’s talk about Hawaii. It’s an outlier, not just because it’s way offshore from the lower 48 states, but it’s an outlier because it still gets most of its electricity from the burning of fuel oil.

CURWOOD: Huh. Well, that sounds like Puerto Rico – they got most of their electricity from fuel oil – well, at least when they had electricity.

DYKSTRA: When they had electricity, right. But one of the things about fuel oil as your main power source is that it makes electric bills very volatile. When the price of oil goes up or down, the price of your electric bill goes up or down. And that spurred a huge growth in rooftop solar in Hawaii, to the point where it’s now estimated that one-third of the homes in the islands have rooftop solar. 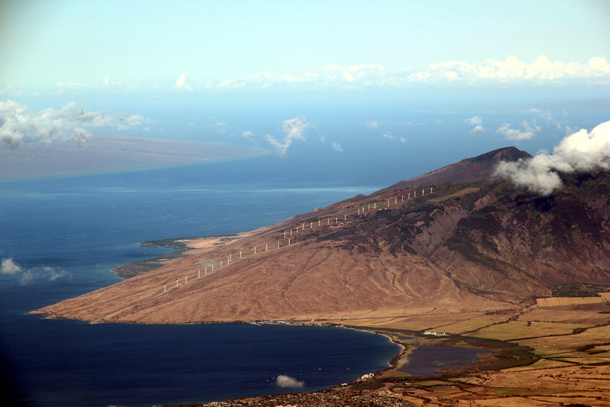 CURWOOD: Hm. And I imagine that number is going up?

DYKSTRA: It’s going up, and not only that, but there are other industrial-scale projects. A plan, for example, for 80,000 solar panels, a joint effort by the US Navy and the state’s biggest utility at the Pearl Harbor base. There’s also some action on the state government level. They’ve mandated that clean energy be at 100% of the state’s power generation by the year 2045, and that clean energy rewards be handed out in a system for utilities, to encourage them to get in on the action.

CURWOOD: So, it looks like solar is just going up, up, and up!

DYKSTRA: Well, in Hawaii, but maybe not elsewhere. Thousands of miles away, and maybe a universe away in terms of the way they’re thinking about the future, the South Carolina legislature killed the bill that would’ve encouraged rooftop solar. The state public utilities commission cut the price that was mandated for the state’s largest utility, to pay new large-scale solar farms, and solar farms had been a growth industry in the Carolinas. Maybe not now in South Carolina.

CURWOOD: So, it’s not such a sunny future, there, huh?

DYKSTRA: There have been efforts across the country to kneecap the solar industry from the state government level, public utilities commissions, and state legislatures in places like Kentucky, and Florida, and Nevada, and Arizona. And there’s a new one in Iowa. The state legislature in Iowa has limited what state utilities can spend on renewables, and they’ve also discouraged making rooftop solar easier and less costly.

CURWOOD: I wonder how they’ll look in history. Hey, Peter, speaking of history, what do we have this week from the history vault?


Images from the occupation by protestors of the construction of the Seabrook Nuclear Plant in 1977. (Photo: Doug Eisenstark, Library of Congress, Wikimedia Commons public domain)

DYKSTRA: Let’s go to your neighborhood – the Seabrook Nuclear Power Station, along the New Hampshire seacoast. In 1977, this time of the year, early May, there was a huge protest at the Seabrook construction site. 1,414 people were arrested in a massive act of civil disobedience.

CURWOOD: Now, as I recall most of the charges were dropped, but a lot of people refused to raise bail, and they were held on the state tab for what, a couple of weeks?

DYKSTRA: They were held for almost a couple of weeks, the charges were dropped, but one of the two plants stuck. Two reactors were planned, one of them was abandoned for costs and controversy reasons, but the first plant was completed in 1986, and it went online in 1990.

CURWOOD: And there wouldn’t be another new nuclear power plant in this country until, what, some 25 or more years later, huh?

CURWOOD: Hey, thanks, Peter! Peter Dykstra is with Environmental Health News, that’s EHN.org and DailyClimate.org. And we’ll talk to you again real soon!

DYKSTRA: All right, Steve, thanks a lot! Talk to you soon.