US Relies on Imported Organic Foods 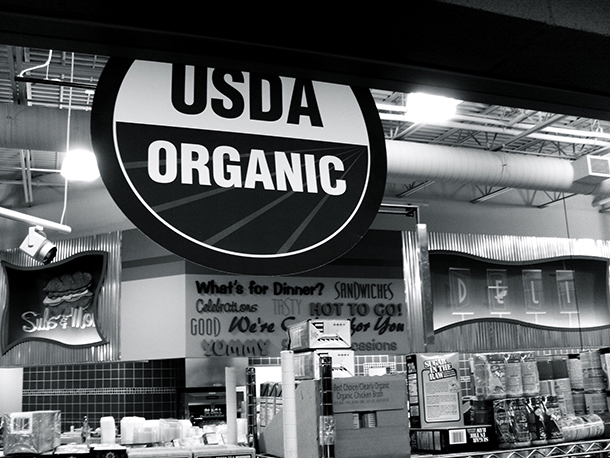 The Organic Trade Association reported that the demand for organics has more than doubled since 2007, with an estimated $47 billion dollars in US retail sales in 2016. However, new data indicates that American farmers aren’t meeting the demand – other countries are. (Photo: Tim Psych, Flickr)

Most modern supermarkets offer a wide range of organic food, from bananas to potato chips to chicken. Yet data from the US Department of Agriculture indicates that because US farmers can’t meet the demand for organics, much of the supply is imported from outside the US. Host Savannah Christiansen speaks with Anna Casey, the Audience Engagement Fellow at the Midwest Center for Investigative Reporting, about the state of organic agriculture in the U.S.

CHRISTIANSEN: And I’m Savannah Christiansen. The organic food market in the US has been growing rapidly, around twenty percent per year, and one might think this is good news for American farmers. But when it comes to basic commodity grains like corn and soy, American farmers have been slow to go organic, so imports are meeting the demand. Not only can it be hard to verify the organic status of imported food, it is sometimes routinely sprayed with chemicals during the process of clearing customs. Joining us now is Anna Casey of the Midwest Center for Investigative Reporting. Welcome to Living on Earth! 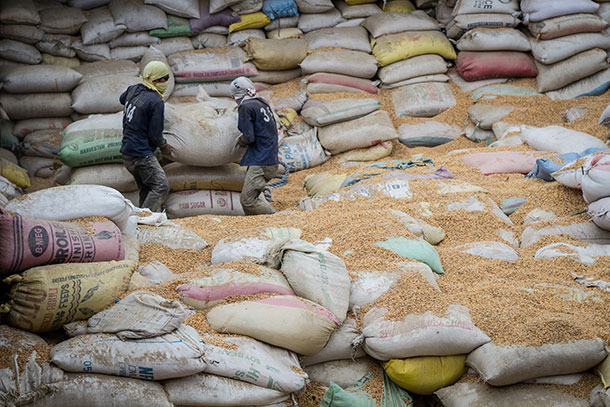 The US currently imports organic corn and soy from countries as far away as Turkey, the United Kingdom, India and Argentina. Journalist Anna Casey explains how this system has few regulations, however, and may be rife with fraud. (Photo: Adam Cohn, Flickr CC BY-NC-ND 2.0)

CASEY: Thanks for having me.

CHRISTIANSEN: So, Anna, the U.S. is importing more organic soy and corn than it's growing. Why is that?

CASEY: Right. So, actually there's been a huge increase in demand for organic products among US consumers in the last decade or so, and in order to meet that demand, we're actually importing about 75 percent of organic soybeans and about half of organic corn that we use. A lot of what accounts for that increase in demand is meat, for example. We're consuming a lot of boiler chickens that are certified organic and that requires organic beans. So, we're getting those beans actually from other countries as opposed to growing them here.

CHRISTIANSEN: And where is this foreign organic grain actually coming from?

CHRISTIANSEN: So, what are some of the possible downsides to importing organic grain? 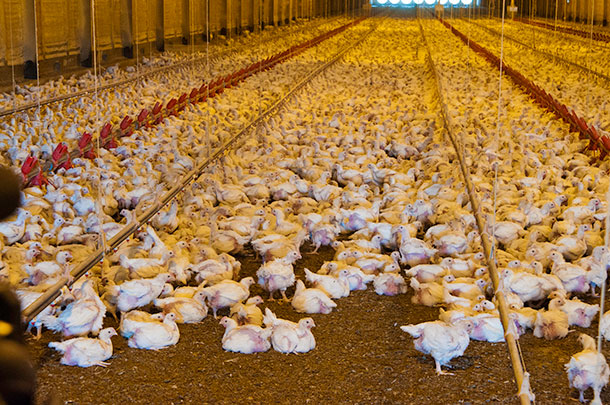 The growing trend of consumers in the US who buy and eat organic meat fuels the need for more organic grain, particularly the feed for broiler chickens. (Photo: Bob Nichols, USDA, Flickr)

CASEY: Right, so when it comes to importing organic grain, one of the things that we've seen in the past is that there's a bit more room for fraud. So, here in the US, there are quite a few inspections whereas when the corn and soy is being imported, sometimes we don't know the journey that those products are making. So, there have been some reports that have shown that actually products that are labeled organic that are coming from other countries end up being treated with the same chemicals that conventional crops and produce are when they arrive here at US ports.

CHRISTIANSEN: OK, so if there is such a demand for organic soy and corn to feed the organic meat industry, why aren't American farmers meeting that demand?

CASEY: Right. So, what I heard from farmers is that there's a three year transition period that is very difficult to get. So, in order to get that organic distinction, your land has to be chemical-free and free of synthetic fertilizers for three years before you can say that you've grown an organic crop. So, while the price premium is much higher for growing organic, a lot of people are reluctant to go through that three year transition period. It also requires a little bit of a shift in your perception and it does require gaining some new knowledge of organic farming. So, not only are you going to have to find more labor, it's going to require crop rotation, investing in conservation practices on your farm. 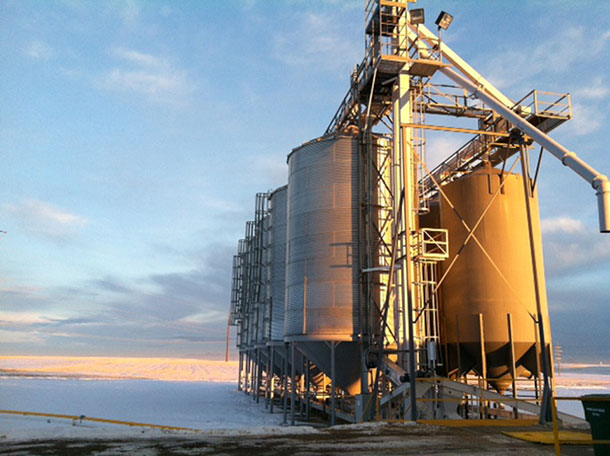 Organic grain facility, Montana. Despite the high price premiums for organics, conventional American farmers face a difficult challenge if they wish to transition to organic production: Their farm must be chemical free for three years before it’s labeled as organic. (Photo: USDA, Flickr CC BY 2.0)

So, if you've been relying on GMO seed and chemicals on your farm, it's going to require a new way of doing things, and it's going to take a little while to get that process right, but again like one farmer told me, it's really a matter of investing in the soil, and he shares ideas with other farmers both organic and conventional. So, I think that that's really critical and the transition is finding that community of farmers who can help.

CHRISTIANSEN: So, you've been spending some time talking to both conventional farmers and organic farmers. What are they saying about the future for getting agriculture here in the United States?

CHRISTIANSEN: Anna Casey is the Audience Engagement Fellow at the Midwest Center for Investigative Reporting. Thank you so much, Anna.

CASEY: Yeah, thank you for having me.

USDA: Rising Demand for Organics in US

The Washington Post | "The labels said 'organic.' But these massive imports of corn and soy weren't."