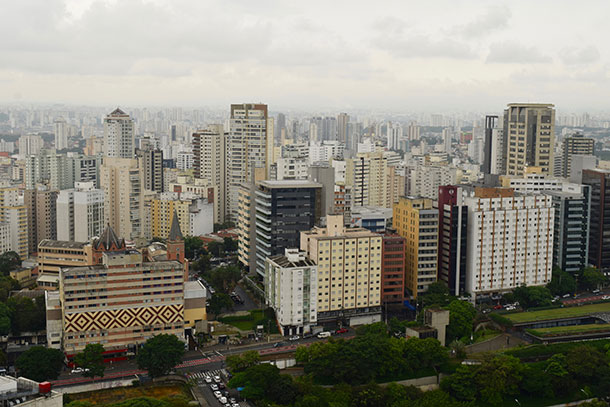 The buildings seem to flow endlessly out to the horizon in the heart of São Paolo. (Photo: Savannah Christiansen)
2 / 6 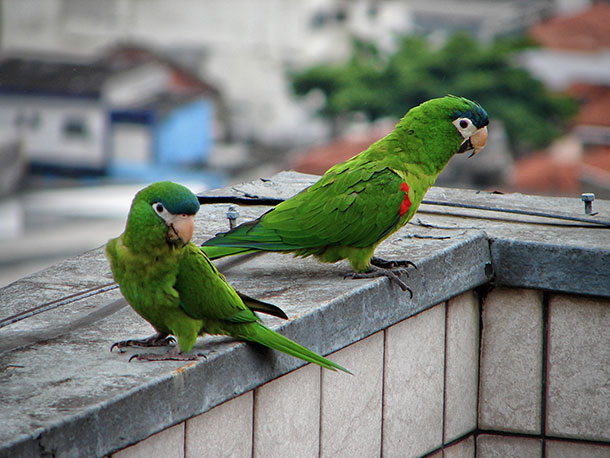 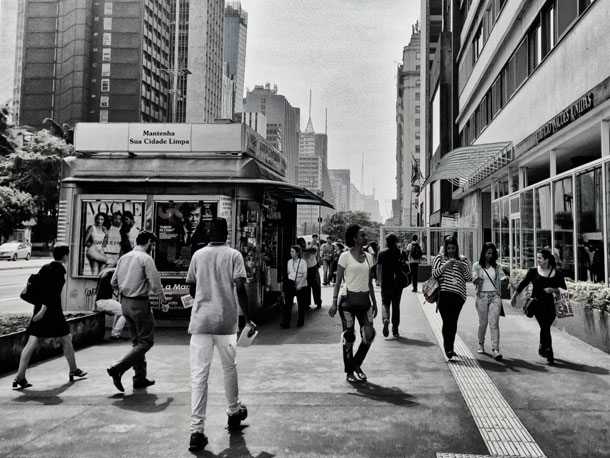 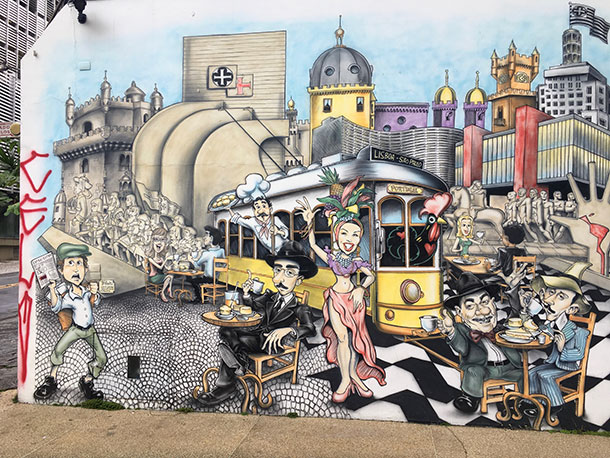 Murals in São Paulo, Brazil are not hard to find. (Photo: Savannah Christiansen)
5 / 6 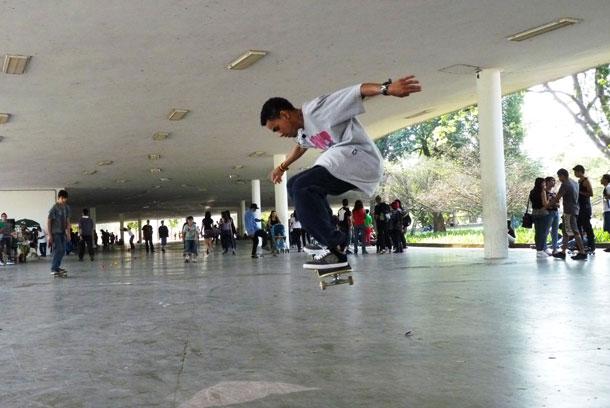 The grassy fields of Ibirapuera Park are mixed with wide lanes of concrete, which attract many skateboarders to the park. (Photo: Andreia Reis, Flickr, CC BY 2.0)
6 / 6 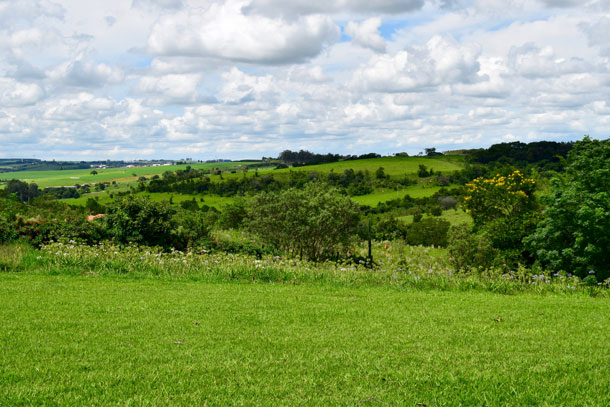 São Paulo, Brazil is a sprawling megalopolis that supports a variety of life, from the urban to the tropical. Living on Earth’s Savannah Christiansen brought back this audio postcard from Latin America’s largest city.

CHRISTIANSEN: Hey Steve so before we go, I recently took a trip to Brazil and I brought back an audio postcard I’d like to share.

CURWOOD: Oh? Where did you go?

CHRISTIANSEN: I was in São Paulo, which is this amazing tropical megalopolis on the southern side of the country. It’s Latin America’s largest city, and has buildings flowing out to the horizon as far as you can see. And I was also struck by the wonderful mix of life going on.

CHRISTIANSEN: Here, why don’t you take a listen.

CHRISTIANSEN: It may be a sprawling and industrial city, but wherever you are in São Paulo, Brazil, you can’t escape the sound of birds. In this density, each building echoes with the sound of their calls.

CHRISTIANSEN: Then there is the rain, a daily occurrence here in the summer. While the Paulistanos enjoy walking the wide streets and vendors display their goods around the city’s most famous avenue, Avenida Paulista, everyone is ready to dash for refuge when the rain starts.

CHRISTIANSEN: Standing here, with the rain pouring down, it’s hard to believe that this city, in the world’s most water-rich country, is threatened by drought. 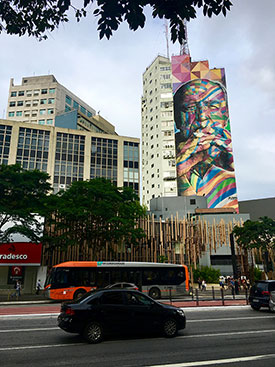 CHRISTIANSEN: But as a visitor, I was struck by the easy connections between the city’s architecture and the presence of nature. As they say here, it’s as if the buildings were trees, and the people ants. Everything in this ecosystem moves together in a loud hum, each structure vibrating with a blend of tropical and urban noise. It’s remarkably noticeable at the daily markets, or feiras, where locals haggle over fish, meat and an abundance of fruit.

[SOUNDS OF CHATTER AT A MARKET]

CHRISTIANSEN: When the rain breaks, it’s an easy walk to Ibirapuera Park, a small splash of green among the endless buildings for the city’s 13 million inhabitants. But the space is actually quite massive, one of the largest urban parks in Latin America, dotted with 70s-era architecture by Oscar Niemeyer and with kids whizzing by on skateboards and rollerblades.

CHRISTIANSEN: The wide, grassy fields are inviting for parents to kick a soccer ball around with their children and for kids to gather and play in large groups.

CHRISTIANSEN: Back in the city, there are many coffee shops along the avenidas -- and since many Brazilians drink a cafezinho, or a small espresso, after each meal, the cafes are busy throughout the day.

CHRISTIANSEN: Coffee seems to flow just as much as the water does. Brazil remains the world’s largest coffee producer even though it’s been almost a couple hundred years since it was first planted in the Americas. In fact, it was coffee farms that spurred São Paulo’s growth in the first place. Following the Tietê river all the way out from the city to the countryside, you can still see some of those earliest farms out in the hills. Not so far from the last lines of urban sprawl, the cicadas become so loud, they drown out almost everything else.

CHRISTIANSEN: But every once in a while their buzzing is pierced by the calls of a bird flying over endless green hills of coffee and corn.

CHRISTIANSEN: Here, the soundscape of open nature echoes just as loud as its urban counterpart.