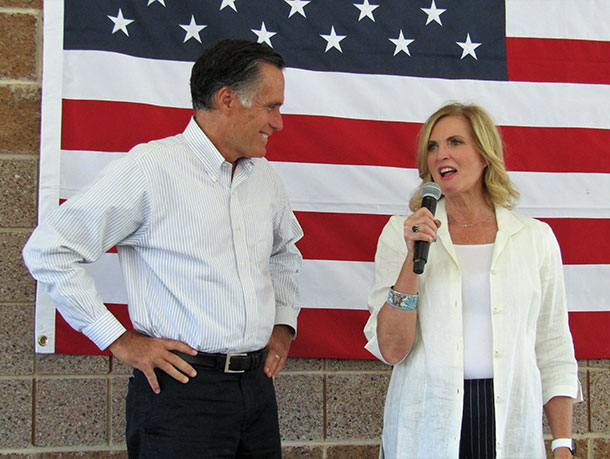 In this week’s trip beyond the headlines, Peter Dykstra tells Host Steve Curwood that former Mass. Republican governor and Utah US Senate candidate Mitt Romney appears to have flipped – again – on how seriously he’s taking climate change. Then, they discuss a request by oil and gas companies in Texas for protection against sea level rise. Finally, they reflect on George H. W. Bush’s environmental legacy and the passing of Ed Marston, a founder of High Country News.

CURWOOD: Well it’s time now to take a look beyond the headlines with Peter Dykstra. Peter’s with Environmental Health News, that’s EHN.org, and DailyClimate.org. He’s on the line now from Atlanta, Georgia, where -- well, hey, we may be headed into fall but it sure feels like summer here.

DYKSTRA: Yeah here too, we’re still in the high 80s. But I want to start talking about your former Governor up there in Massachusetts, none other than Mitt Romney. In the early 2000s when he was Massachusetts Governor, he had one of the most forwarding-thinking climate actions plans of any of the 50 states. That’s a Republican, all over climate change! Not only calling for action but taking big steps on it. And then he ran for president and a funny thing happened.

CURWOOD: Hmm, he got a bit of amnesia you’re saying about climate change?

DYKSTRA: He did, and not only did he make fun of Barack Obama for talking about climate change, but Romney was expressing some serious doubts about it himself. Fast-forward to right now, 2018, Mitt’s back in Utah running for the Senate there and all of a sudden he’s talking climate change again in the face of huge wildfires, not only in Utah, but throughout the American West.

CURWOOD: So I guess there can be some situational ethics. What else do you have for us?

DYKSTRA: Well, big oil down in Texas is forwarding an unusual request via the state of Texas, who’s asked for 12 billion dollars in Federal aid for seawalls, floodgates, and other things to help protect oil refineries and petrochemical factories, and other oil facilities along the Texas coastline from the Louisiana border down to the Houston ship channel. 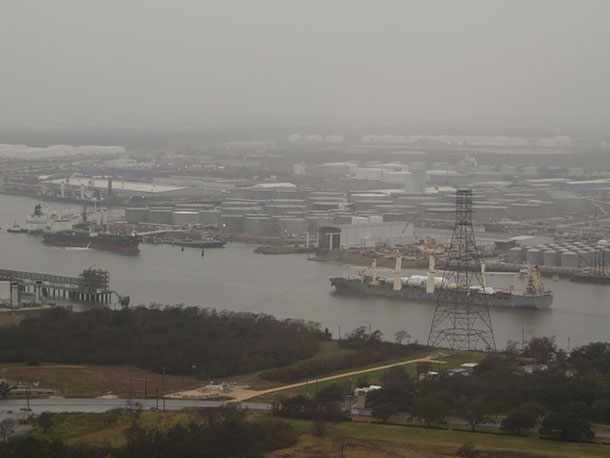 CURWOOD: So I gather they’re worried about the storms and rising seas. I think the hurricane last year in Houston makes that pretty obvious there’s a risk. But Peter, wait a second, aren’t the oil companies putting out, helping us put out all that C02 that leads to climate disruption?

DYKSTRA: Yeah the oil companies are helping to make more intense storms and make higher seas through climate change, and now they want to be protected from something they themselves helped create.

CURWOOD: And they want the taxpayers to pay for it?

CURWOOD: So hey, what do you have from the history vault this week?

DYKSTRA: 30 years ago -- and it’s really hard to believe this was 30 years ago -- but on September 1st, 1988, George H. W. Bush, then Vice President and running against another Massachusetts Governor, Michael Dukakis, went after Dukakis because Boston Harbor was one of the most notoriously polluted places in the country.

DYKSTRA: Yeah, “Love That Dirty Water” is a theme song for Boston sports teams these days, but back then it was much more of a reality. Today we have headlines in recent weeks that there are humpback whales cavorting in Boston Harbor; that wasn’t the case in 1988, it really was dirty, and the Republican candidate, George H W. Bush, promised the nation he would be the environmental president. Let me repeat that -- the Republican candidate promised he’d be the environmental President.

CURWOOD: Well after all, he did go ahead and sign what would become the architecture for the Kyoto Protocol and I think the Clean Air Act as well. 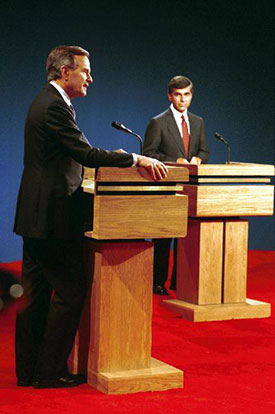 DYKSTRA: Yeah, strengthened the Clean Air Act, of course the Kyoto Protocol didn’t go anywhere as far as the United States was concerned, but if you compare papa Bush to the two most recent Republican presidents, his son George W. Bush and of course President Donald Trump, it was far from the hostility that we see today toward environmental laws and environmental regulations.

DYKSTRA: Well Steve, I’ve got one more note for you. Ed Marston, publisher of High Country News, passed away from last week from complications from West Nile disease, it’s a little bit of an unfortunate irony. But Ed and his wife Betsy helped grow High Country News into a must-read publication on the Western environment.

CURWOOD: And some call it the New Yorker for folks who live about 7,000 feet.

DYKSTRA: That’s sure what I call it!

CURWOOD: Peter Dykstra is an editor with Environmental Health News, that’s EHN.org, and DailyClimate.org. Thanks so much Peter.

DYKSTRA: Alright, thanks Steve, talk to you soon.