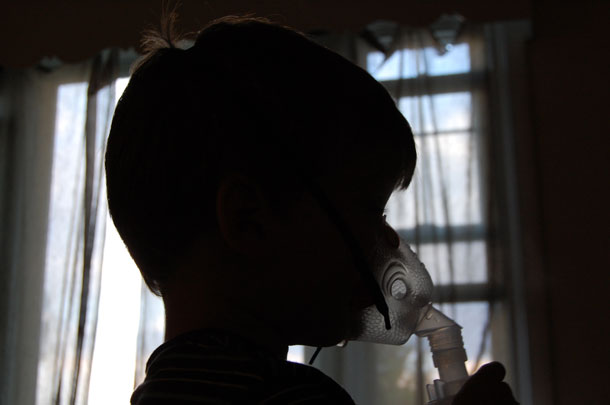 The Environmental Protection Agency’s Office of Children’s Health Protection is tasked with keeping vulnerable kids safe from environmental exposures. But in September 2018, EPA placed the head of the office, Dr. Ruth Etzel, on administrative leave. Some are concerned that this is the first step in closing the office. They are also raising concerns about the EPA’s current effort to rollback mercury regulations, which is especially harm to infant and child development. Pediatrician and founding director of Boston College’s Global Public Health Initiative Philip Landrigan, MD helped put the EPA office of Children’s Health together decades ago and he joins Host Steve Curwood to talk about what these decisions could mean for the health of children.

CURWOOD: From the Jennifer and Ted Stanley Studios at the University of Massachusetts Boston this is Living on Earth. I’m Steve Curwood.

Just as the Trump Administration announced plans to roll back mercury regulations for coal fired power plants, the Trump EPA also placed the head of its Office of Children’s Health Protection on administrative leave. Mercury can lead to brain damage in children, and the Obama era mercury rule also reduces enough soot and other pollutants to prevent more than 10,000 excess deaths a year among adults. With its director gone, the office of Children’s Health Protection is at risk of being closed altogether, and the EPA has already said it will close its office of scientific advisor. Pediatrician and epidemiologist Philip Landrigan is the founding director of the Global Health Initiative at Boston College and joins us now. Dr. Landrigan, welcome back to Living on Earth!

LANDRIGAN: Steve, it's good to be back with you. thank you. 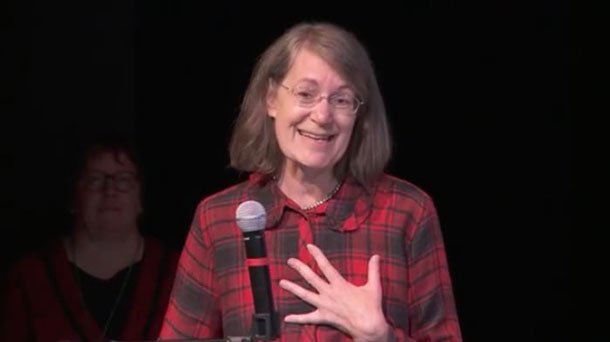 No clear reason has been offered for placing Dr. Ruth Etzel on administrative leave from her position as the head of the EPA’s Office of Children’s Health Protection. (Photo: Alaska Community Action on Toxics, YouTube)

LANDRIGAN: Well, she's a deeply knowledgeable person who brings an enormously deep skill set to this position. I'm afraid that the decision to place her on an on administrative leave may signal a decision by the Environmental Protection Agency in the present administration to deemphasize the protection of children's health.

CURWOOD: Often in a bureaucracy when some executive is put on administrative leave. It is a signal that they're concerned about wrongdoing. What's being said about Dr. Etzel in this case?

LANDRIGAN: Nothing has been said about wrongdoing. She was placed on administrative leave and no reason has been given.

CURWOOD: Recently, the EPA announced that it wants to loosen restrictions on the amount of mercury that can come out of coal fired power plants. It has me wondering if Dr. Etzel is being pushed to the side at the same time they've made this decision.

LANDRIGAN: Well, in recent weeks the Office of Children's Health Protection at EPA has been arguing against the rollback of mercury emissions standards, that the story here is that all coal contains little bits of mercury, and when you burn coal that mercury vapor rises and if you burn a lot of coal, the little bit of mercury that's in each ton adds up to a lot. That mercury goes out into the air. It comes down in rivers and lakes and the oceans. It gets into fish, and then when a pregnant woman or a young child eats that fish that is contaminated with mercury, the mercury goes right through into the baby and has been well documented to cause brain damage. It reduces the child's IQ. It can disrupt the child's behavior. This can be lasting injury that that is with a child for years and decades to come. Over the last decade, EPA worked very hard to put rules in place to reduce emissions or mercury from power plants. The Office of Children's Health Protection was very much involved in that process, arguing that mercury emissions needed to be controlled to protect the health of America's children, now and in the future. I think any effort to roll back those rules is fundamentally wrong. It's immoral and it's basically sacrificing America's future for somebody's short term profit. 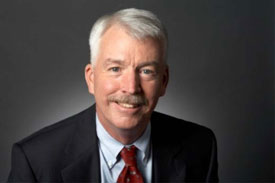 Dr. Phil Landrigan is the Founding Director of the Children’s Environmental Health Center at the Icahn School of Medicine at Mt. Sinai Hospital in New York City. (Photo: Courtesy of Phil Landrigan)

CURWOOD: And perhaps the reason that that Doctor Etzel is now on administrative leave for opposing that move.

LANDRIGAN: It would be possible, yes.

CURWOOD: Years ago, Dr. Leonard, you were involved in starting the Office of Children's Health Protection at the EPA. How do you feel about this decision?

LANDRIGAN: Well, I'm disappointed. I see the Office of Children's Health Protection as a vital watchdog within EPA. Children are a vital part of our population. They are five or ten percent of our population now, depending on which age group you use as the cutoff, but they are one 100 percent of our future. They're also an extremely vulnerable group within the population because of their biology. And they have no voice of their own. They count on us, the adults in the population to speak up for them and to protect them. So, I see walking away from the protection of children's health as being very damaging to America. I also think morally it's wrong. I think children deserve our special protection. But, even leaving that off the table, it's just not wise for the future health, stability, security of this country.

CURWOOD: Dr. Landrigan briefly what are some of the health risks of children that this office in particular has been protecting that we should be concerned about?

CURWOOD: By the way the EPA is also looking to shut down its Office of the Science Adviser. Tell me please about some of the potential outcomes of this decision? 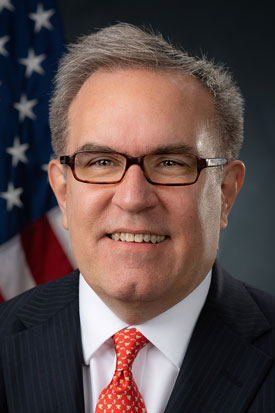 LANDRIGAN: Well, the science advisor like the office of children's health protection is a watchdog. It provides advice to the administrator and the senior staff. It guides them to make decisions that are based on evidence and based on science, as opposed to other factors such as short term political gain or profit. And if that office is dissolved then I would argue that EPA, which is supposed to be a science based organization, is going to be flying without a radar.

CURWOOD: Some would say it's about money. Industry doesn't like these regulations. It's costing them money.

LANDRIGAN: Yeah, various industries have pressed for many years to eliminate or at least weaken the Office of Children's Health Protection. I have no specific knowledge that an industry has intervened here, but certainly these actions are part of a consistent pattern that reflects industry's longstanding goal to eliminate or weaken the office.

CURWOOD: I have to ask how angry are you about this?

LANDRIGAN: I'm very angry. I mean, I'm a pediatrician. I've devoted my professional life to protecting children against environmental hazards. I'm also a father and a grandfather, and it really angers me to see very carefully crafted protections for children's health that have been put into place with meticulous care over the span of two decades being ripped away in a weekend.

CURWOOD: Philip Landrigan is the pediatrician an epidemiologist and founding director of the Global Public Health Initiative at Boston College. Dr. Landrigan, thanks so much for taking the time with us today.

LANDRIGAN: Thank you, Steve. It was a pleasure.

EPA | About the Office of Children’s Health Protection

EPA | About the Office of the Science Advisor