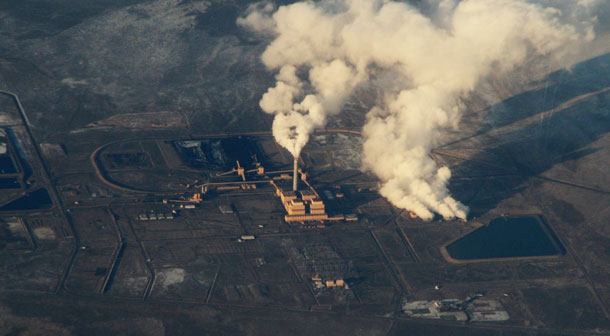 In this week’s trip beyond the headlines, Peter Dykstra also tells Host Steve Curwood about the Trump Administration’s attempt to roll back mercury rules for coal-burning power plants, and then launches into a discussion about regulating another notorious byproduct of the coal industry: coal ash. Then, he recounts a single day in the 19th century that brought some of the most devastating fires in American history.

CURWOOD: Well, let’s take a look behind the headlines now with Peter Dykstra. He’s an editor with Environmental Health News, that’s EHN.org and DailyClimate.org. On the line now from Atlanta - Hi there Peter, what’s going on?

DYKSTRA: Hi Steve. The Trump Administration is preparing what appears to be an absolute smooch-fest for the coal industry. As you discussed with Dr. Landrigan, one of the big things that’s in the works is relaxing the rules on mercury emissions from coal-burning power plants.

DYKSTRA: It’s a clear-cut health risk. The industry says it’s a major factor in the decline of the coal industry since it would cost a lot to retrofit plants to reduce mercury emissions. Environmentalists and health experts say that those costs to the coal industry would be mostly offset to the general public in the form of reduction of healthcare costs. 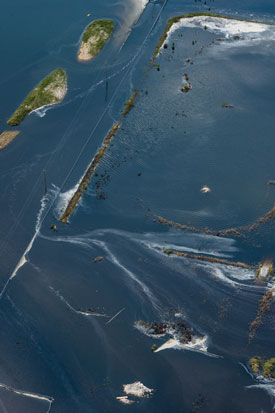 CURWOOD: And of course, also having healthier people. What else is going on?

DYKSTRA: Well, here’s another one. One would think that after the coal ash spills that happened from Hurricane Florence, it might be a really bad time for the industry push to relaxed regulations on coal ash dumps. Those are the essentially toxic waste dumps of burnt coal that exist next to many of the operating and also the closed coal plants across the country.

CURWOOD: By the way, isn’t Andrew Wheeler, the acting EPA administrator, a former lobbyist for the coal industry?

DYKSTRA: Former lobbyist for the coal Industry. This is the kind of thing he would have lobbied for and now he’s being lobbied and apparently obliging the industry. Toxic waste from coal power plants would be exempt with what the industry is asking, from the very powerful Clean Water Act. They would also extend deadlines set by the Obama Administration for cleaning up the coal ash mess across the country.

CURWOOD: Okay, hey, what do you have from the history books today for us?

DYKSTRA: Let’s go all the way back to October 8th, 1871. The Peshtigo Fire was one of the biggest fires that day in arguably the worst fire day in American history. 2,000 people were believed to have died, when the town of Peshtigo -- a thriving Lumber mill town North of Greenbay, Wisconsin -- went up in smoke. There was another fire across Lake Michigan in the town of Holland, Michigan that same night, and also one of the most famous American fires, the Great Chicago Fire, happened that same night. 300 people died in that one.

CURWOOD: Now of course back then they said that Mrs. O’Leary had a cow that kicked over a lantern that started the great Chicago Fire. What do we know today? 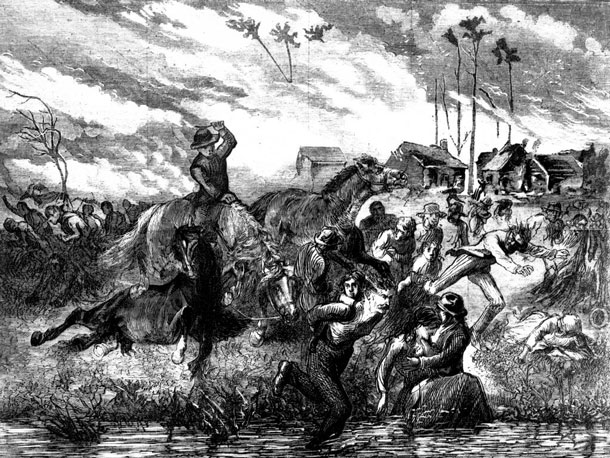 An artistic rendering of the Peshtigo Fire incident featured in an 1871 edition of Harper’s Weekly. (Photo: Wikimedia Commons)

DYKSTRA: Well, Bart Simpson might say that Mrs. O’Leary had a cow when she heard that she was being blamed for the whole thing. They didn’t have busses yet but she was thrown under the bus along with her cow. There’s a lot of skepticism a century and a half later that that was the cause of the Chicago Fire. There’s also another theory out there that there was a meteor shower at that time in early October and that meteorites hit in the ground in places like Holland, Michigan, Peshtigo, and Chicago, causing all those fires. There’s a lot of skepticism about that theory too. More likely, it was a notoriously dry autumn in the upper Midwest and it was also a very very windy night.

CURWOOD: Yeah and that’s what we’ve seen recently in California. Thanks, Peter. Peter Dykstra is with Environmental Health News, that’s EHN.org, and DailyClimate.org We’ll talk to you again real soon.

CURWOOD: And, you can find more about these stories if you go to our website, that’s L-O-E.org.

More on that deadly wildfire day in 1871