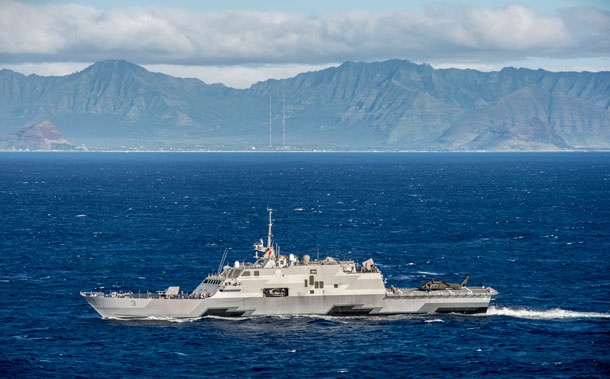 In this week’s trip beyond the headlines, Peter Dykstra and Host Steve Curwood take stock of the climate preparedness of US naval bases before turning to a study about bees swarming an experimental hemp field. Then, the pair looks back to the 1970s, when the Environmental Protection Agency ordered lead out of gasoline.

CURWOOD: Time now to take a look beyond the headlines with Peter Dykstra. Peter’s an Editor with Environmental Health News, that’s EHN.org, and DailyClimate.org, on the line now from Atlanta, Georgia – hey there, Peter, what’s going on?

DYKSTRA: Hi Steve. You know, there’s been a lot in recent years about climate change and sea level rise and their impact on the military. It has a particularly strong impact on the Navy because obviously, no brainer, all of the Navy’s facilities are at sea level.

CURWOOD: So which ones are most endangered, though, by the rising sea level?

DYKSTRA: Quite a few. But our friends at Inside Climate News just had a report on the four US Navy facilities that have dry docks that can accommodate nuclear vessels, aircraft carriers and submarines. Those four are in Hawaii, Washington state, the state of Maine and of course the huge naval complex in Norfolk, Virginia.

CURWOOD: Oh yeah I’ve been to Norfolk. There are a lot of houses on stilts, the place gets flooded pretty easily.

DYKSTRA: Right, and the navy base is already seeing some of the impacts of flooding. There’s a 21 billion dollar proposal to update and renovate navy bases. A good part of that is to make them more resilient to climate change and sea level rise.

CURWOOD: Hmm. Where else is the military at risk?

DYKSTRA: Well the Air Force, Marine training bases, the Army, a lot of their facilities are at, or near the coast as well. Just this Hurricane season we saw Tyndall Airforce base in the Florida Panhandle absolutely laid to ruin by Hurricane Michael. And another one not too far from there, MacDill air force base, just South of Tampa, is the headquarters for Centcom, the central command that governs all US military activity in the Middle East. 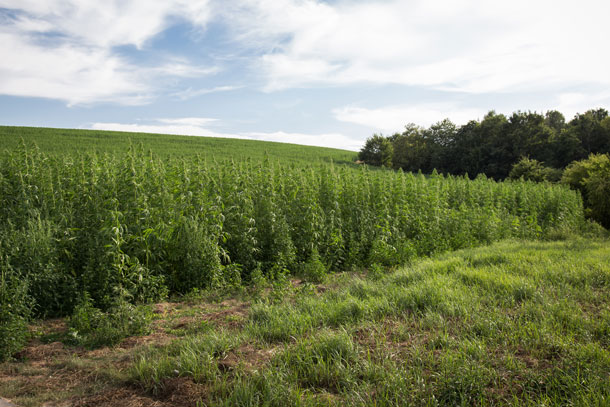 Hemp fields in Colorado have been attracting bees in the late season. (Photo: Maja Dumat, Flickr CC BY 2.0)

CURWOOD: So hey, what else do you have for us today?

DYKSTRA: I’m looking at the work of a student at Colorado State University named Colton O’Brien – some pioneering research when he noticed that fields, experimental hemp-growing fields, were drawing an unusual number of bees.

CURWOOD: Well, of course, I understand that beekeepers use smoke to handle their bees, but this is something else.

CURWOOD: And why was that? Why do the bees like hemp?

DYKSTRA: Well it was August and there are very few other flowering plants or crops that have flowers and pollen available in August so the bees were drawn to the hemp.

CURWOOD: So, let’s take a look back now in the history vault, and see what you see for us?

DYKSTRA: November 28th, 1973, 45 years ago this month, the EPA set its final rules on a phase-out of leaded gasoline after years of study saying that low IQs and slow brain development were the result of lead exposure among kids.

CURWOOD: So what’s happened since then?

DYKSTRA: What’s happened since then is that things have improved; blood-lead levels are a lot lower, IQs among kids have gotten higher, and it’s been a real victory for the environment and for human health.

CURWOOD: So, lead is outlawed in the United States – where’s it legal?

DYKSTRA: The United States. We still use it for leaded gasoline in general aviation, propeller planes. In a few countries it’s still completely legal for cars, countries like Iraq and North Korea, most of the world has outlawed it and seen the benefits of unleaded gasoline. 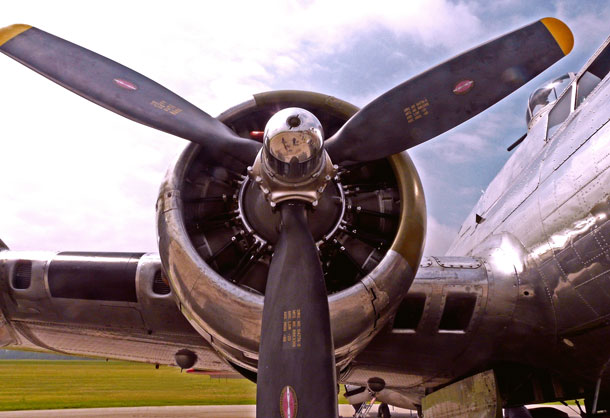 Propeller planes are some of the few remaining motorized crafts that can legally use leaded gasoline in the US. (Photo: jimflix! Flick CC BY-NC-ND 2.0)

DYKSTRA: Okay, thanks Steve, thanks a lot. Talk to you soon.

CURWOOD: And there’s more on these stories at our website loe.org.


The Inside Climate News Report on Naval Bases and Climate Change