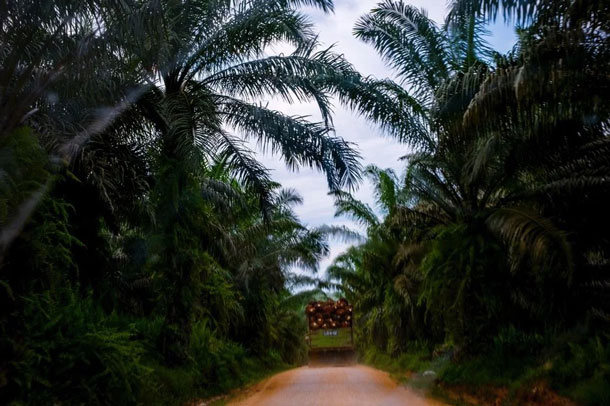 The palm oil industry is booming in Indonesia, resulting in the destruction of carbon-rich, tropical peatlands to make way for the cultivation of palms on a massive scale. And scientists say this crop has resulted in a net increase in carbon emissions, despite hopes for biodiesel to become a carbon-friendly replacement for fossil fuels. ProPublica Reporter Abrahm Lustgarten spoke with Host Steve Curwood about his investigative reporting into the hidden forces shaping the global demand for plant-based fuel.

CURWOOD: One of the biggest drivers of extinction for the Sumatran Rhino is habitat loss, namely the conversion of tropical forest land into palm oil plantations. And demand for palm oil is booming. It’s a common ingredient found in a wide variety of foods and household products, from cookies, bread, and chocolate to soap and shampoo. And, it turns out, a US mandate for biofuels has an unintended consequence of causing a spike in demand for palm oil and thus even more deforestation in Indonesia. Here to explain is ProPublica Reporter Abrahm Lustgarten. Welcome back to Living on Earth!

LUSTGARTEN: Thank you for having me.

CURWOOD: Yeah, so talk to me about the act of Congress that was signed in 2007 by President Bush that transformed the demand for biofuel in the United States. What exactly was this law and how does it relate to the palm oil industry in Indonesia?

LUSTGARTEN: Yes, so in 2007, Congress passed the Energy Independence and Security Act, and it was meant to decrease the United States reliance on petroleum on oil. And it did a couple of things for the environment. It increased the fuel efficiency standards of automobiles, but it also mandated that we use biofuels, that we replace a certain amount of gasoline with ethanol from corn and sugar and replace a certain amount of diesel with vegetable oils from namely from soybean oil. And this was supposed to help American farmers. What ended up happening is that Indonesian farmers who grow palm oil also contributed to the biodiesel supply, but also as the soybean oil supplies around the world were used up to support biodiesel in the United States, the food industry which uses vegetable oils for lots of different purposes, went to palm oil instead. And basically palm oil demand increased dramatically as the soybean oil on the market disappeared and was used for biodiesel.

CURWOOD: Explain for our listeners what a plot of land looks like after it's been cleared for palm oil tree plantations, the sorts of things that you saw. 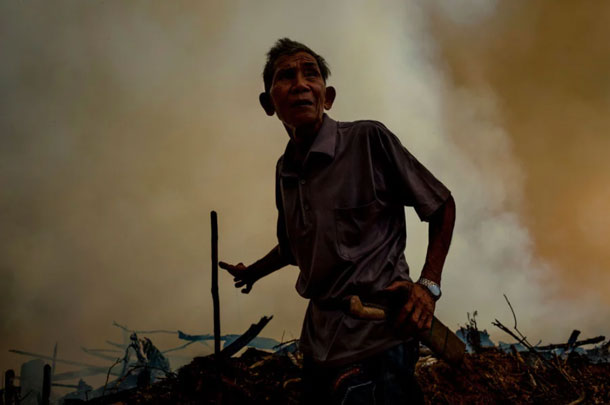 A Dayak elder, part of a group of native people in Borneo, works to control a slash-and-burn fire used to clear land in West Kalimantan. This fall, authorities instituted a shoot-to-kill order for anyone using slash-and-burn techniques to clear land. (Photo: Ashley Gilbertson, special to ProPublica)

LUSTGARTEN: Yeah, I mean it's total devastation. You take a forest and what looks like greenery and natural soil and you don't really see the ground when there's a forest on it. It’s laid bare in neat rows that can stretch on for half to a full mile of basically long puddles. In between the puddles, where you might see like rows of a soil in a tilled farm in the United States, you see mounds of mud separated from just long streams of exposed water and that water is basically groundwater that comes up through the peatland soil. It's a marsh, basically. It's just a huge expanse of brown mud.

CURWOOD: If there's a lot of water there that's covering the peat, obviously when those trees are cut and the peat starts to dry out, that must release enormous amounts of carbon?

LUSTGARTEN: Yes. So, the peatland is a huge carbon bank, and as soon as it's cleared it begins to release its carbon, and as it dries out at that release increases, and if it's burned, which often happens after it's dried out, then that release increases exponentially. One of the pieces of data that we reported on our story is that the clearing of the peatland so far in Indonesia was the equivalent of operating 70 new coal fired power plants. It's a regular source of emissions and it lasts for many months, many years, even a century depending on the piece of land and the exact habitat that we're talking about.

CURWOOD: How do these methods compare to burning fossil fuels in terms of the carbon map?

LUSTGARTEN: When you look at palm oil used for biodiesel and analysis of that life cycle done, whether by U.S. researchers or European researchers, they unanimously agree that it's worse than burning petroleum diesel. So, the debate is really about how much worse and those estimates range from three times to five times worse. But when you calculate in that constant emissions source from exposed or burned peatland, it's significantly worse than just burning oil.

CURWOOD: Now, what kind of calculations have been done on the impact that the palm oil industry in Indonesia has had on native plants and animals?

LUSTGARTEN: So, there's enormous ecological and biodiversity impacts to palm oil. I mean, you're taking one of the most robust and diverse natural environments on the planet and replacing it with a monoculture crop, a single crop that is expansive and basically displaces everything that used to be there. And then, you're using fertilizer and chemicals on top of that to support that crop and it's really devastating. So there's many, many species that are impacted, but among them famously is the orangutan, whose habitat is right in the middle of the palm oil plantation areas that we were in, in Borneo. And that's the most vivid example of the loss of species. 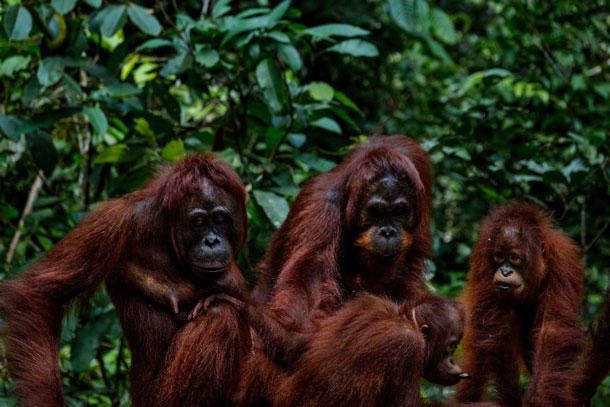 The monoculture palm oil crop has encroached upon the habitats of many native plants and animals, most notably the orangutans. (Photo: Ashley Gilbertson, special to ProPublica)

CURWOOD: When you talk to some of the people there how did they tell you they felt about this burgeoning industry and the effect that it's had on their landscape?

LUSTGARTEN: When you talk to rural people, their response is overwhelmingly negative. There was a hope that the industry would bring economic change, and everybody wants to improve their livelihood to some degree. But for the most part, everyone felt taken advantage of by the companies that come in with immense power. They negotiate in air quotes. So, what you have is an environment that used to support what the people needed off of that land for free, whether it was clean water, or vegetables, or crops or whatever, and you replace it with an economy and they might have some employment, but then they need to use all of the money they earned through that employment to purchase those same resources that the land used to provide for them. And people are realizing that this has not been a bargain that's worked out to their advantage.

CURWOOD: But now how do they respond in the city?

LUSTGARTEN: Well, in the city, there's clearly a more nuanced reaction. I mean, the wealth that palm oil and resource industries have brought to Indonesia is enormous. And so, if you are employed in one of those large corporations or benefit tangentially in some way, then palm oil is really the money machine. So, there is an appreciation I found for the environmental concerns, but not necessarily that direct in personal impact for how it's changed the household or people's specific families.

CURWOOD: And tell me about Indonesia's own perspective on this in terms of its commitments under the Paris Climate accord.

LUSTGARTEN: So, Indonesia also has carbon reduction commitments that it's made under Paris. And at least by lip service, they're concerned about their own climate emissions and about climate change in general. Ironically, they're pushing their own biofuel mandates, making themselves their largest customer for palm oil based biodiesel. And they argue that that is going to be one of the strategies for meeting their commitments in Paris to cut their carbon emissions, so they don't accept the measures that say that palm based biodiesel is worse for the climate worse for carbon output than just burning petroleum. So, they're on a path that's going to lead in the opposite direction despite their professed concern for the climate that’s shared with us.

CURWOOD: So, what has the United States done to answer for the role that we have played in the accelerated destruction of Indonesia's habitats and the accompanying rising costs? 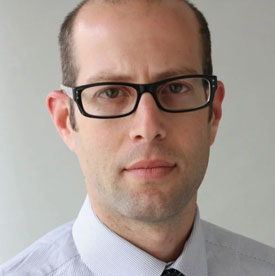 LUSTGARTEN: Yeah, I mean, very little. The United States has kept its distance. With regards to palm oil, specifically, the US is a large market for palm oil used for the food industry. For biofuels, palm oil is not actually eligible for the US biodiesel mandate. So the impact is indirect, and legislators, industry groups, even to some extent, environmental groups use that distance as kind of an excuse to say things like, “well, you know, the biodiesel for the United States is coming from our soy fields, or it's coming from South America. And so, if South America then draws its palm oil from Indonesia indirectly - which is one of the phenomenons that happens - that's their responsibility and not ours.” And so there's a sort of a disempowering or lack of responsibility assumed by Americans that I talk with because they don't see this as a direct effect, it's more of a ripple effect. And that responsibility is often passed off.

CURWOOD: There's just one planet with one atmosphere that's getting all this carbon put in it. What's the risks to all of us from this carbon that's coming off of the palm oil plantations?

LUSTGARTEN: The risk is enormous. I mean, typically, I'll report on a on a problem that has to do with, say, a coal plant or two, which is really kind of a drop in the global bucket. Here for the first time, and I was looking at an issue, tropical peatland habitat in Indonesia and other places like Indonesia that is a full 20 percent, one-fifth, of all the carbon stock on the land on the planet. And when you have the United Nations and other institutions warning that we have about a decade left to get control over our global emissions patterns, our global emissions rates of increase, looking at or ignoring that large chunk that one fifth of planetary supply of carbon that is happening now in Indonesia is really sort of a perilous game.

CURWOOD: Abrahm Lustgarten is a senior reporter at ProPublica. Thanks for taking the time with us today, Abrahm.

LUSTGARTEN: Thank you for your interest. I appreciate it.

Summary of the Energy Independence and Security Act