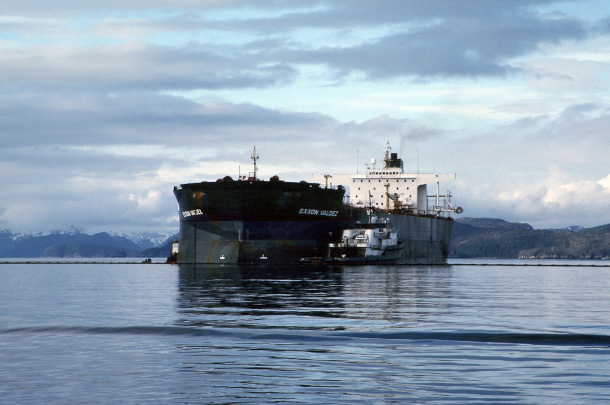 Joe Hazelwood was Captain of the Exxon Valdez, a supertanker that spilled 11 million gallons of oil into Alaska’s Prince William Sound in 1989. (Photo: NOAA, Flickr, CC BY 2.0)

This week, journalist Peter Dykstra and Host Steve Curwood take some time to reflect on some lives we lost in 2022. From Living on Earth's former producer Lucia Small to the infamous climate change skeptic Pat Michaels, the two discuss the passing of individuals who made their mark on the environmental sector, for better or for worse.

CURWOOD: And with me on the line now from Atlanta, Georgia is journalist Peter Dykstra to take a look back at some of the people that we lost in the year 2022. Hi there, Peter. How you doing?

DYKSTRA: Hi, Steve. There's a real eclectic mix of people who had an impact on the environment. Not always a good impact. So on that note, we'll start with Captain Joe Hazelwood. Up until March 1989, he was highly paid, top of his profession, supertanker skipper. And after a night of what the captain later admitted was heavy drinking, he retired to his cabin, leaving a third mate to guide the 986-foot Exxon Valdez out of port and on its way to an 11 million gallon disaster. Captain Hazelwood died in July.

CURWOOD: Yeah. And you know, you can still go up there to those waters in Alaska and find little balls of oil. Not all of it has yet been collected. And I don't think all the people in that disaster were paid.

DYKSTRA: Not yet. Some of them also died before the payment from Exxon made its way through the legal system. But we move on to the dismal science of economics. In 2022, we lost two of the shining lights of dismal science on the environment. Hazel Henderson passed away in May. She popularized the phrase, think globally, act locally. And she advocated redefining what a strong economy is, as embracing good health, quality of life. And not just what your bank balance and your stock portfolio said. Herman Daly died in October. He co-developed the Index of Sustainable Economic Welfare. That too, was an effort to supplant the Gross Domestic Product, the kind of cold-hearted way of measuring wealth by dollars only, with health, happiness, and ethics be damned.

CURWOOD: Yeah, and both of these really made the point that, you know, traditional economics sees a tree having value only when it's cut down and made into boards. But then of course, trees do much more than that for us.

DYKSTRA: A Nobel laureate died this past year. Pat Michaels is the most ironic Nobel Peace Prize laureate ever. He shared the 2007 prize with Al Gore and 1500 of his fellow scientists on the Intergovernmental Panel on Climate Change, despite his status as the go-to scientist for climate change deniers. He actually didn't like the term "denier." He said that climate change was real, but that its impacts were way overstated by his fellow scientists. He did fill the denier role very nicely for groups like the Western Fuels Association. That's a coal industry trade group based in Wyoming. Pat Michaels died in July.

CURWOOD: Boy, Peter, you have to wonder what he'd say about the recent wacky weather we've had, with all these storms and floods and fires and such. 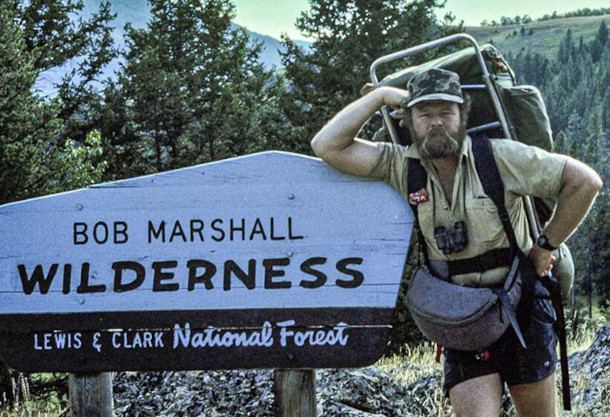 DYKSTRA: He'd say it was just wacky weather. Dave Foreman is an opposite number for Pat Michaels. Disillusioned by his job lobbying for The Wilderness Society, he was inspired by Edward Abbey, the novelist, who wrote The Monkey Wrench Gang. Foreman and Mike Roselle founded Earth First! in 1980. They were the consummate eco-hellraisers. In later years, Foreman founded the Rewilding Institute, advocating for turning developed land back to nature. Dave Foreman died in September.

CURWOOD: And will be missed.

DYKSTRA: And in June, journalist Dom Phillips and indigenous expert Bruno Pereira were murdered deep in the Amazon rainforest. Brazilian authorities arrested three men a month later. They of course are part of what will later in the year be the Global Witness List, sometimes numbering in the hundreds of environmental activists murdered in developing nations like Brazil and Honduras. 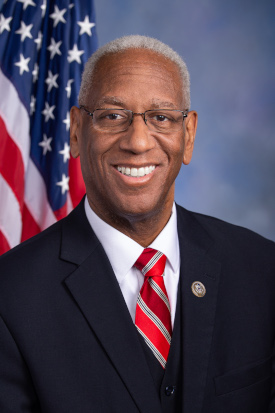 CURWOOD: Yeah, it's a very risky business in those places.

DYKSTRA: There are two members of Congress who were respectively stalwarts for and against environmental regulation, who died in 2022. A. Donald McEachin from the low-lying area around Norfolk, Virginia, died in November shortly after winning his fourth term. He was an ardent environmentalist who focused on climate change and environmental justice. He represented a chunk of the Hampton Roads region around Norfolk, Virginia, a region that's already coping with flooding from sea level rise. McEachin's score, in the most recent year available was 96% from the League of Conservation Voters. His opposite number actually scored 36%, which is positively angelic for a Republican. This guy was, of course, Don Young, the very gruff Alaskan, longest serving Republican ever in the House of Representatives. He, of course, was a big advocate for fossil fuels, and the income that oil and gas drilling brought to his home state of Alaska. 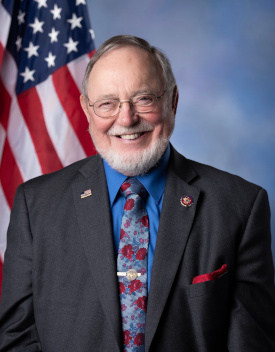 CURWOOD: Yeah, he served what, 49 years in the US house?

DYKSTRA: As the only Alaska congressman. And we'll turn to Lucia Small, who was a documentarian who had a lot to say about feminism and the environment.

CURWOOD: And she said it on this show as well. She was one of the people that helped us get Living on Earth started way back in the day. Living on Earth also lost a major supporter and board member Henry Rosovsky, who at one time was an acting president of Harvard and a major economics professor and Dean there.

DYKSTRA: And here's one that's near and dear to my heart. A good friend of mine, a CNN colleague, Gary Strieker. He was a disenchanted banker in Nairobi whose epic midlife epiphany found him learning how to shoot and edit video about the plundering of a beautiful continent. His work and his audience went global on CNN for the better part of two decades.

We are deeply saddened to learn of the recent passing of Lucia Small (1963-2022). We join with the rest of the Boston film community in recognizing her enormous accomplishments and celebrating her life. Her presence will be missed but we will always remember her tenacious spirit. pic.twitter.com/SsVK7a0GXB

CURWOOD: Just beautiful pictures of not just animals, but the mountains and people.

DYKSTRA: And last but not least on my list is the passing of a fictional character, who won't even be born for another 200 years. I refer, of course, to Lieutenant Nyota Uhura, aka actress Nichelle Nichols. She graced the bridge of the Starship Enterprise for the three year run of the original Star Trek series, as the show ascended to cult and rerun status. Nichols then became an evangelist and recruiter for science, space, and NASA, particularly for women and people of color. NASA Administrator Charles Bolden, the first Black Administrator of NASA, and at least five space shuttle astronauts have credited Nichelle Nichols with helping to launch their careers. She died in July.

CURWOOD: And famously Martin Luther King, Jr. approached Nichols when she was thinking of not signing up for another season of the show saying no, no, no, you can't quit because you are such a trailblazer for people of color in this country. And he was absolutely right.

DYKSTRA: He was indeed. Live long and prosper.

CURWOOD: Thanks, Peter. Peter Dykstra is a journalist living in Atlanta, Georgia, and we'll talk to you again real soon.

DYKSTRA: All right, Steve, thanks a lot. We'll talk to you soon.

CURWOOD: And there's more on these stories and these people on the Living on Earth webpage. That's loe.org.


The New York Times | “Joseph Hazelwood, Captain of the Exxon Valdez, Is Dead at 75”

The Washington Post | “The Killing of Dom and Bruno”

The Boston Globe | “Lucia Small, Who Brought Women’s’ And Girls’ Voices To Forefront In Documentaries, Dies At 59”